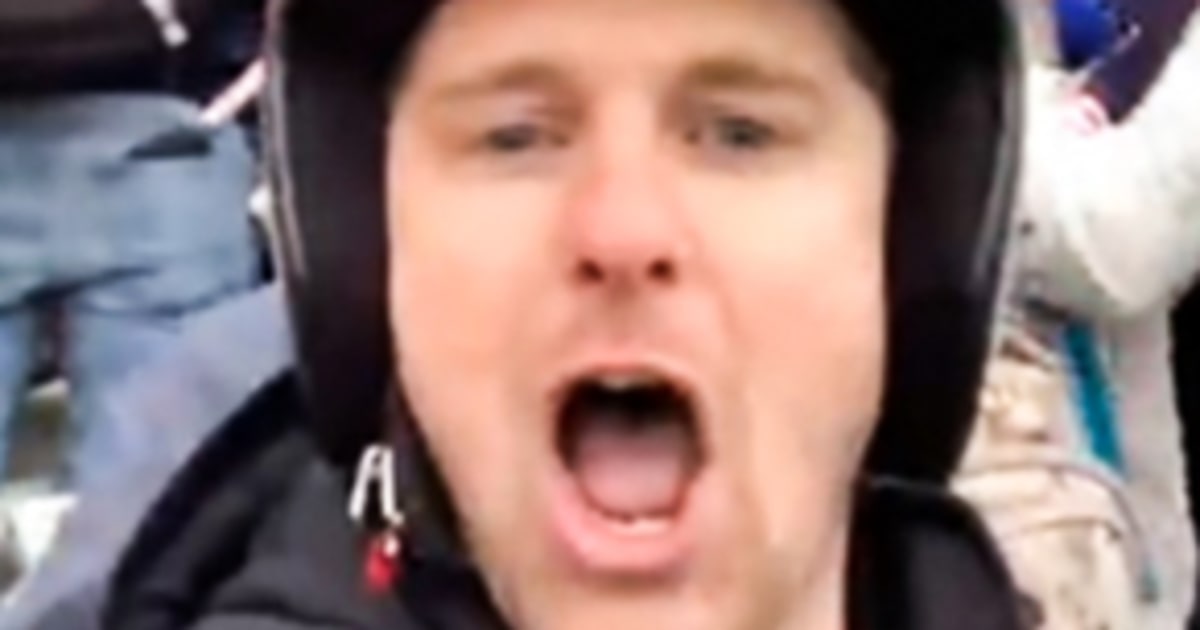 WASHINGTON — A former West Virginia lawmaker who stormed the U.S. Capitol on behalf of former President Donald Trump while livestreaming his felonious activity on Facebook was sentenced to three months in prison on Wednesday.Derrick Evans, who had been sworn in as a Republican state delegate just a few weeks before the Capitol attack, was…

WASHINGTON — A former West Virginia lawmaker who stormed the U.S. Capitol on behalf of former President Donald Trump while livestreaming his felonious activity on Facebook was sentenced to three months in prison on Wednesday.

Derrick Evans, who had been sworn in as a Republican state delegate just a few weeks before the Capitol attack, was arrested and charged just after the Jan. 6, 2021 attack. He pleaded guilty in March 2022.

Justice Department prosecutors had sought the three-month sentence for Evans, saying he cheered on rioters and told his followers, “The revolution has started!” His attorney told the court that being arrested and pleading guilty to a felony “has been a humbling experience for him” and noted that, as a result, he can no longer possess a weapon.

Evans appeared virtually for his sentencing, where his head was framed by a large portrait of him and his family. He told the judge that he took responsibility for his actions and that he’d let down his family. He said he regretted that his actions would leave his kids “fatherless for months.”

Judge Royce C. Lamberth was sympathetic and noted Evans’ “impressive” support system. But he felt incarceration was necessary and said he was initially inclined to give Evans six months.

“I can’t just give you probation in a case like this,” Lamberth said. He added that he wished Evans the best, did not think he’d see him again and that he thoughts Evans could “live a good life again” after prison.

Several of Evans’ supporters in his legal case downplayed his conduct on Jan. 6 and even indicated they too believed in Trump’s lies about the 2020 election. Evans, one supporter wrote in a letter to the judge, rushed the Capitol “as a form of peaceful protest” and was there “with the greatest of intentions.” One letter credited him with “showing up to show support” at the U.S. Capitol. Another supporter described him as a role model. “America would be a much better place to live if there were more people as passionate and caring as Derrick Evans,” wrote another supporter.

In the lead-up to Jan. 6, prosecutors said, Evans posted images on Facebook that read “FIGHT FOR TRUMP” and “JANUARY 6, We’re Comin’!”

On Jan. 6, Evans livestreamed from the eastern side of the Capitol building as rioters confronted police.

“I bet Trump would pardon anybody who gets arrested for goin’ in there,” Evans said on the livestream.

Later, inside the Capitol, Evans filmed himself screaming, “Derrick Evans is in the Capitol!” Evans admitted to filming the video in his agreed upon statement of offense.

Evans is one of more than 825 people charged in connection with the Jan. 6 insurrection, and one of more than 310 who have pleaded guilty. There are still hundreds more cases to come. As NBC News reported, online sleuths have identified hundreds of additional suspects who either entered the U.S. Capitol on Jan. 6 or assaulted officers outside the building and have not yet been arrested.

The House Select Committee probing the Jan. 6 attack has another public hearing set for Thursday that will focus on Trump’s efforts to get Justice Department officials to weaponize the FBI and DOJ on behalf of his efforts to overturn the 2020 presidential election.

Ryan J. Reilly is a justice reporter for NBC News.