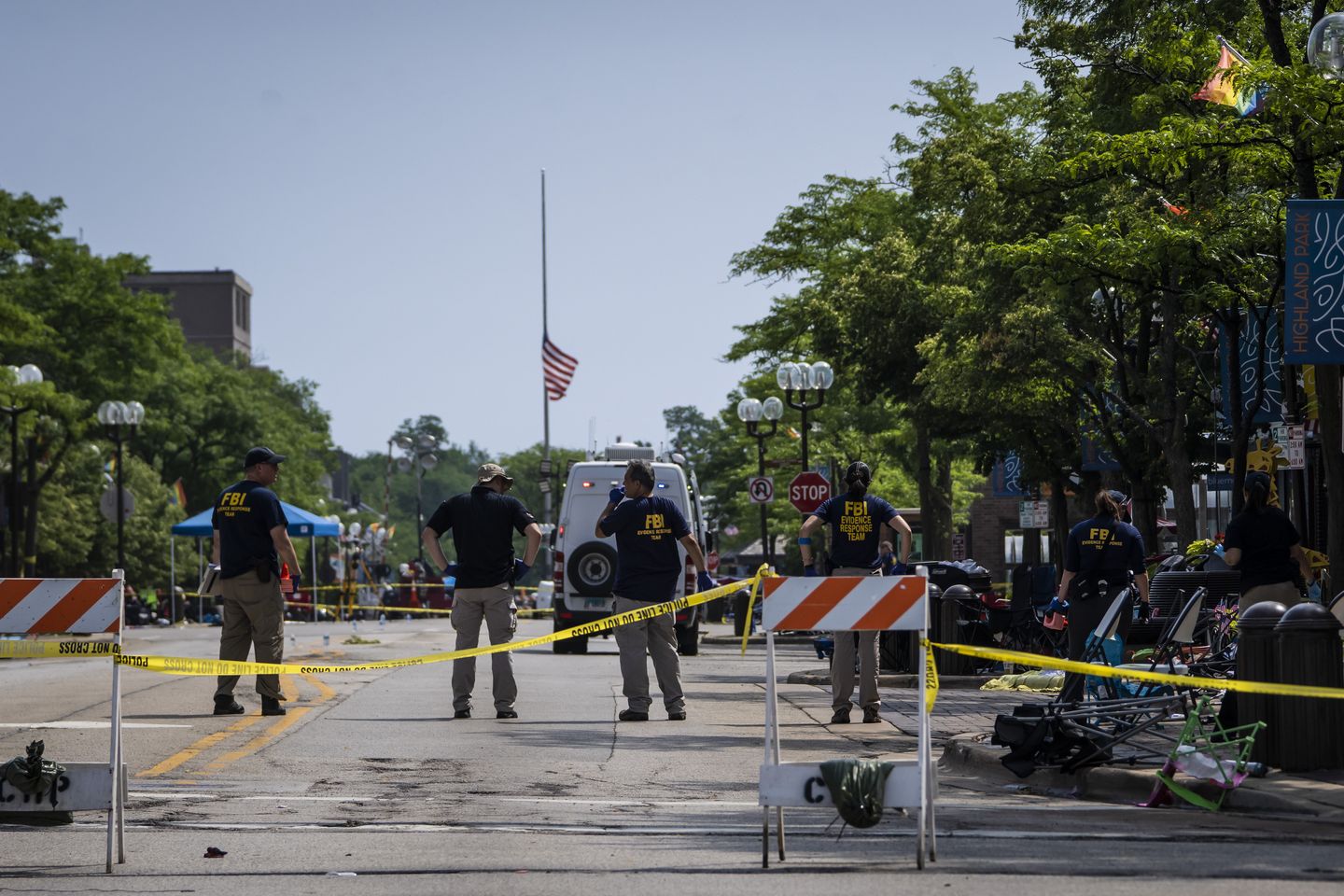 National and state Democrats are pushing for more restrictions on firearms less than two weeks after President Biden signed the first new gun-control law in decades. It underscores the outrage over mass shootings that marred Independence Day and a recent Supreme Court ruling that reined in states’ authority to decide who can carry firearms in…

National and state Democrats are pushing for more restrictions on firearms less than two weeks after President Biden signed the first new gun-control law in decades.

It underscores the outrage over mass shootings that marred Independence Day and a recent Supreme Court ruling that reined in states’ authority to decide who can carry firearms in public.

Highland Park, Illinois, Mayor Nancy Rotering said the shooter who killed six at a July 4 parade in her town obtained his rifle legally, so the nation must take another look at easy access to high-powered weaponry.

“If that’s what our laws stand for, then I think we need to reexamine our laws,” Ms. Rotering told NBC’s “Today Show.” “I don’t know how many more of these events need to occur. We’ve been talking about this literally for decades at this point.”

“Even though we passed gun legislation literally about a month ago, we need to do more,” she told CNN. “We didn’t ban high-capacity magazines, we didn’t ban assault weapons.”

Ms. Duckworth said Highland Park has a ban on military-style weapons but she wants a nationwide prohibition because people can acquire these firearms elsewhere.

A new round of gun-control laws in Washington is unlikely.

GOP lawmakers warn that Democrats are chipping away at Second Amendment rights and policymakers should focus on mental illness, tougher prosecutions and improved security at schools and other societal venues.

“Even in the face of another tragedy, Republicans are not likely to pass tougher measures on guns. Their base did not like the last compromise and will be even less inclined to support additional measures,” said Darrell West, director of governance studies at the Brookings Institution. “The bipartisan bill that already has been enacted probably will be the last significant gun bill for the foreseeable future.”

Democrats, meanwhile, keep searching for popular proposals on gun violence, abortion access and other issues they think could help avoid sweeping losses that are expected for the party in November.

Pennsylvania Lt. Gov. John Fetterman, a Democratic candidate for Senate, said Washington needs to pass laws that prosecute gun dealers if their weapons routinely wind up at crime scenes. He said Senate Democrats should waive the filibuster rule if it stands in the way of more changes.

SEE ALSO: Left says Justice Thomas has ‘blood on his hands’ for 2015 dissent in assault-rifle ban

Mr. Fetterman outlined the ideas one day after a shooting at a concert in Philadelphia injured two police officers.

Philadelphia Mayor Jim Kenney said the U.S. should be more like Canada and leave the gun-carrying up to cops as he eagerly awaits retirement.

“I’m waiting for something bad to happen all the time, so I’ll be happy when I’m not here — when I’m not mayor and can enjoy some stuff,” said Mr. Kenney, a Democrat.

Democrats sounded off as July 4 shootings piled grief on top of the lingering shock from mass shootings at a supermarket in Buffalo, New York, and an elementary school in Uvalde, Texas.

Mr. Biden used a July 4 cookout with military families at the White House to take a victory lap around a bipartisan gun law that resulted from outrage over the Buffalo and Uvalde shootings. The new measures expanded background checks to include juvenile records and incentivize states to adopt “red flag” laws.

Elsewhere, New Jersey Gov. Phil Murphy signed seven new laws that he said would “improve our batting average” but not eliminate gun crimes outright. He also said the measure will not supplant action from Washington.

“We really need Congress to act, they took some modest but important steps. That’s a good step in the right direction with a long way still to go,” he said.

Mr. Murphy signed bills that would:

• Require persons who buy a gun to complete a certified safety course, akin to driver’s education.

• Close a loophole that allowed people moving in from out of state to duck certain state rules.

• Offer financial incentives to gun buyers who accept micro-stamping technology, once it becomes commercially widespread. The technology leaves a unique imprint on every round, so law enforcement can trace bullets and weapons found at crime scenes.

• Require electronic record-keeping of all ammunition sold in New Jersey

• Increase penalties for those who manufacture or sell “ghost guns” that are considered untraceable.

“If we can do this here, you too can take more effective steps to protect your residents,” Metuchen Mayor Jonathan Busch said.

Mr. Murphy also said he is working with the legislature to address the fallout from a Supreme Court decision that rejected a New York law requiring anyone who wants to carry a handgun outside the home to show “proper cause” for the need to carry a weapon.

The court said states can ban firearms from sensitive places, like courthouses, but the New York law in question was too broad and appeared to outlaw guns in any densely populated place.

The ruling had implications for states with similar laws, including New Jersey, California, Hawaii, Maryland and Massachusetts.

“We cannot walk away from here today, none of us, thinking our job is done, because it is not,” Mr. Murphy said Tuesday.

Mr. Murphy said he wants to expand the number of sensitive locations where guns are banned and make clear that people cannot bring guns onto private property without explicit permission to do so.

Also, the new law prohibits people from bringing guns into businesses unless proprietors allow it.

Maryland Gov. Larry Hogan, a Republican, took a different tack, saying his state law was indistinguishable from the New York law in question and it would be unconstitutional to continue to enforce it.

He ordered the state police to suspend a standard that requires people to give a “good and substantial reason” for wanting a gun permit.