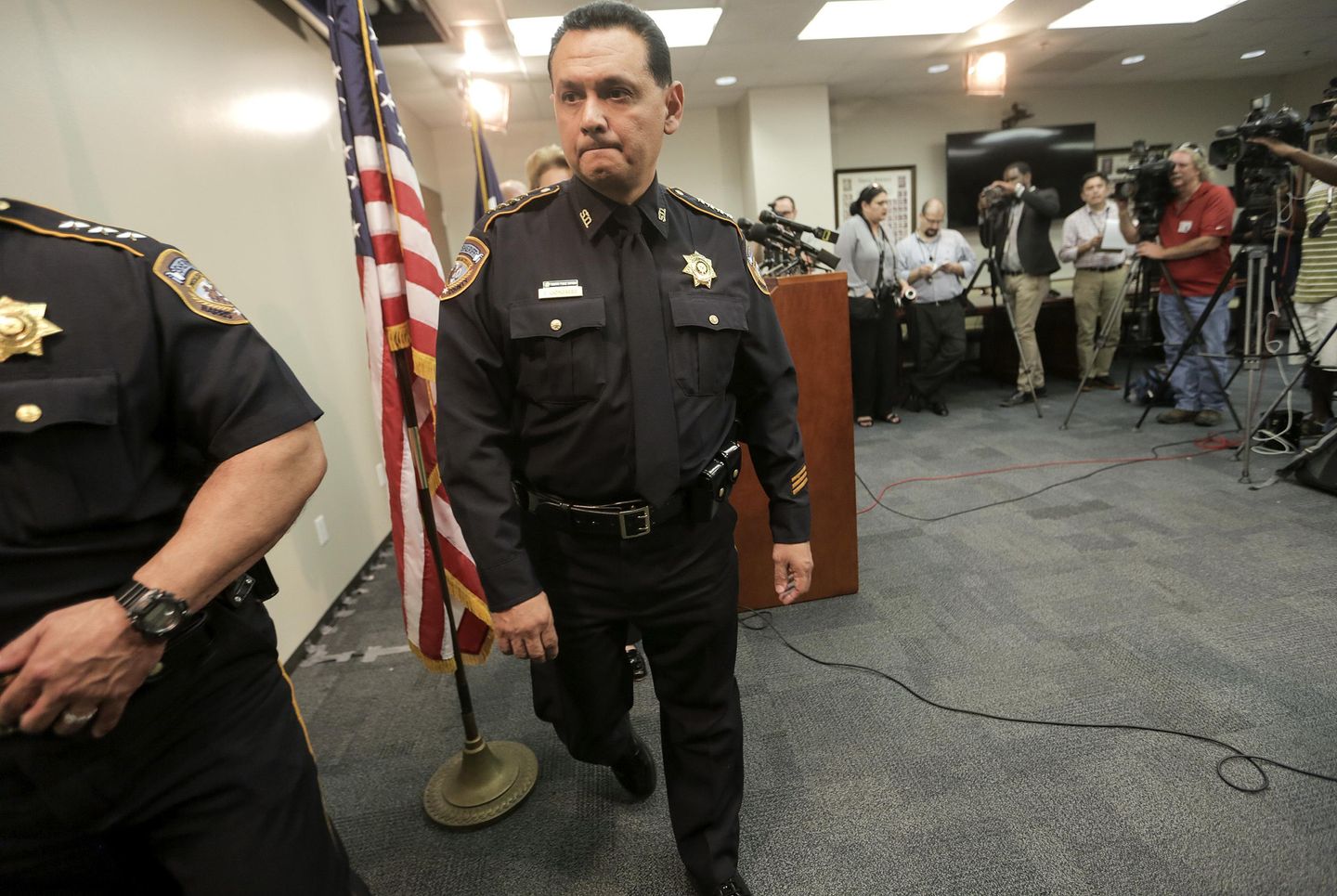 Democrats on Tuesday abruptly canceled a looming vote on President Biden’s nominee to lead ICE after an accusation of domestic violence surfaced. The cancellation came a day after The Washington Times reported that Sheriff Ed Gonzalez of Harris County, Texas, was investigated by police called to his home to probe an accusation that he got…

Democrats on Tuesday abruptly canceled a looming vote on President Biden’s nominee to lead ICE after an accusation of domestic violence surfaced.

The cancellation came a day after The Washington Times reported that Sheriff Ed Gonzalez of Harris County, Texas, was investigated by police called to his home to probe an accusation that he got “violent” with his wife.

Sen. Gary Peters, chairman of the committee that oversaw processing of the nomination, asked for a “cloture” vote, which would head off a GOP filibuster, to be canceled. The vote likely would have taken place Wednesday.

Mr. Peters didn’t say why he wanted the vote postponed, and neither his office nor that of Senate Majority Leader Charles E. Schumer responded to inquiries Tuesday night.

Sen. James Lankford, an Oklahoma Republican who had called for the delay, said the delay gives the panel the time to figure out what’s going on.

“We need to get this right & sorted out before any vote,” he said on Twitter.

Chris Crane, director of the Federal Police Foundation and president of the National ICE Council, which represents ICE officers, had brought the allegation to the attention of members of Congress.

“Cancelling the vote today was the right thing to do, but we are strongly urging the Committee to conduct a full investigation before the ICE Director nomination is scheduled for another vote,” Mr. Crane told The Times. “Sending ICE a Director that hasn’t been cleared of a domestic violence charge is not an option.”

On Monday, Mr. Crane wrote a letter raising the domestic violence accusation, which was part of a court filing in a tangential sexual harassment lawsuit in Texas.

An instructor at Houston Community College is suing two school officials and claims that one of them, the school chancellor, was having an affair with Sheriff Gonzalez’s wife Melissa.

A school police officer filed a sworn statement in the instructor’s lawsuit saying he responded to the Gonzalez residence to investigate a report of violence.

Mrs. Gonzalez and the school’s chancellor said the sheriff had learned they were having an affair and became “physical or violent,” according to the officer’s account.

The sheriff’s office referred questions about the matter to the White House, which didn’t respond to multiple inquiries from The Times.

Mr. Lankford, in his letter Monday calling for the vote to be delayed, indicated that the incident had not been known to members of the Homeland Security and Governmental Affairs Committee before the panel voted to advance the nomination to the Senate floor.

The Houston Chronicle, the sheriff’s hometown newspaper, said “local journalists investigated the allegation when it surfaced last summer and none published stories.”

The paper also reported that Mrs. Gonzalez issued a statement Tuesday rebutting the affidavit — including denying that she’d ever spoken with the officer.

The officer, in the affidavit, said there was body-camera video of his encounter, and a report was filed with his superiors.

An inquiry this week with the college police department went unanswered.