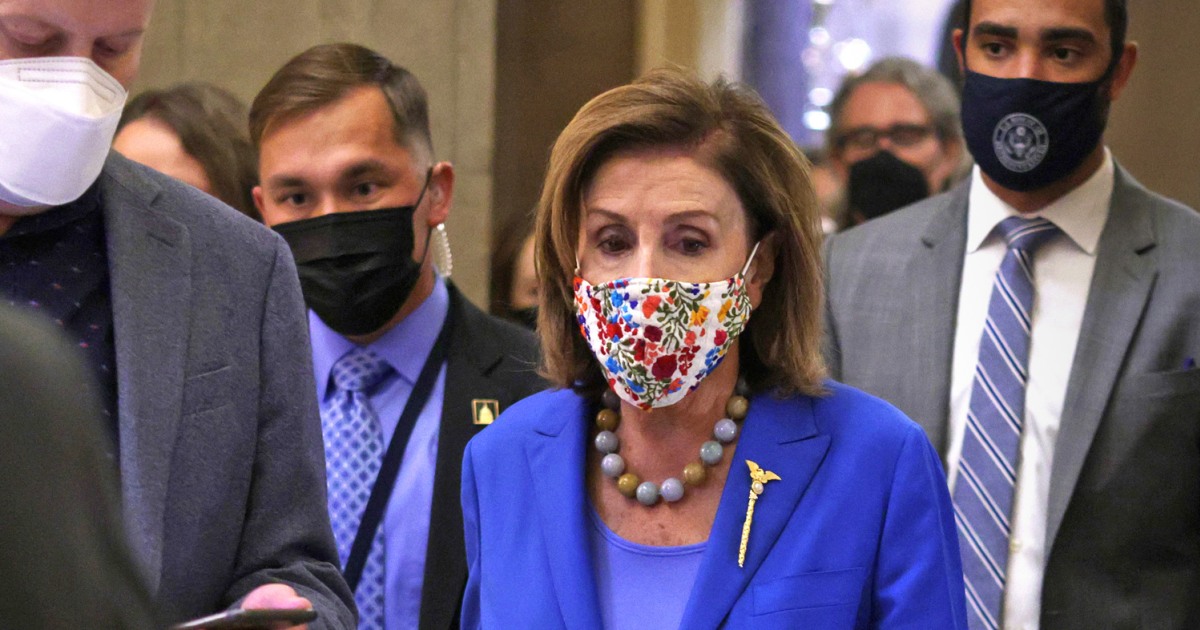 WASHINGTON — House Democratic leaders are trying to wrangle enough support Friday to pass a $550 billion infrastructure package after intraparty fighting delayed a planned vote the day before.House Democrats are huddled behind closed doors at the Capitol in a morning caucus meeting but emerged without a resolution. President Joe Biden will attend an afternoon…

House Democrats are huddled behind closed doors at the Capitol in a morning caucus meeting but emerged without a resolution. President Joe Biden will attend an afternoon meeting of House Democrats, the White House announced.

Biden’s decision to go to the Capitol after signaled his increasing pressure to get members of his party on the same page.

The infrastructure bill, while wildly popular among Democrats, has stalled because of fighting between factions of the Democratically-controlled Congress, pitting progressives against moderates and the House against the Senate.

House leaders have been trying to broker a deal that will get all Democrats on board and move the Senate-passed infrastructure bill to Biden for his signature. The package is one of his top legislative priorities.

But those efforts keep running into roadblocks.

The House delayed the vote on the $550 infrastructure measure late Thursday as Democratic leaders struggled to assuage demands by progressives who have said they would only vote for it after the $3.5 trillion social safety net package is passed by the Senate.

Two moderate Senate Democrats — Joe Manchin, of West Virginia, and Kyrsten Sinema, of Arizona — have made clear, however, that the price tag is too expensive. Progressives have grown frustrated with the two senators.

Rep. Pramila Jayapal, D-Wash., chairwoman of the Congressional Progressive Caucus, has promised that more than half of her group’s 95 members would vote against the infrastructure bill if it comes up before the safety net bill.

Progressives want the two pieces of legislation to move in tandem in the House while moderates have demanded a vote on the infrastructure bill before talks on the reconciliation bill are finalized.

“It ain’t over yet! This is just one long legislative day — we literally aren’t adjourning. Negotiations are still ongoing, and we’re continuing to work. As I said earlier: grabbing some Gatorade and Red Bull,” Gottheimer tweeted once it became clear that a vote on the infrastructure bill was delayed.

There’s no guarantee there will be a vote on the infrastructure bill Friday.

House Republicans don’t plan to offer much help. They’re pressuring their members to vote “no” on the bipartisan infrastructure bill.

House Minority Leader Kevin McCarthy, R-Calif., told reporters the Democrats shouldn’t have linked the bills. “The majority of our members are going to vote no because they don’t view it as an infrastructure bill,” he said.

When the Senate passed the infrastructure bill in early August, 19 Republicans joined all Democrats in favor of the measure.

Sen. Mitt Romney, R-Utah, who was one of the 19 in favor, criticized House Democrats on Friday for delaying the vote on the infrastructure bill, calling it a “purely political decision.”

“It is unacceptable that a major piece of bipartisan legislation, which is vital to our economy and necessary to keep important transportation programs going, is being held hostage by the most extreme House Democrats for a completely unrelated and still unwritten piece of legislation,” he said in a statement. “What a profound disappointment, and how unfortunate to put politics over what is good for our country.”

Rebecca Shabad is a congressional reporter for NBC News, based in Washington.