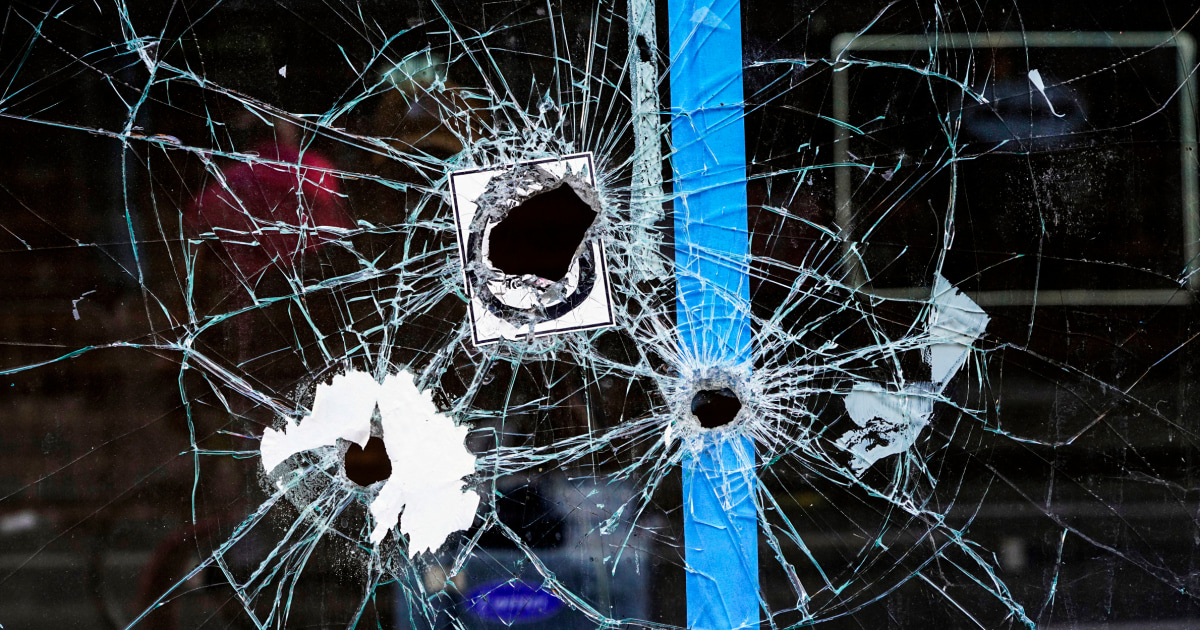 An officer was among multiple people believed to have opened fire in Philadelphia's bustling South Street entertainment district, where three people were killed and 12 others were injured late Saturday, police said.It wasn't clear whether the suspected gunman targeted by the officer was struck, or anyone else was hit by those police rounds, and the…

An officer was among multiple people believed to have opened fire in Philadelphia’s bustling South Street entertainment district, where three people were killed and 12 others were injured late Saturday, police said.

It wasn’t clear whether the suspected gunman targeted by the officer was struck, or anyone else was hit by those police rounds, and the target fled without having ever been identified, the Philadelphia Police Department said in a statement Sunday afternoon.

Police said they believe at least five people opened fire in an attack precipitated by a street fight. Two guns were recovered, but no suspects were in custody, they said.

The shooting officer, one of two on foot patrol nearby who was responding to the sound of gunfire, witnessed at least one gunman fire into a crowd near South Street’s intersection with South American Street at 11: 31 p.m. Saturday, the department said.

It was the second consecutive weekend of multiple mass shootings in the United States. In Chattanooga, Tennessee, early Sunday, three people were killed amid chaos and gunfire that also injured 14 others.

In Philadelphia, the police estimate for number of injured has gone from 13 early Sunday to 11 late in the morning to 12 by Sunday afternoon. The worst of the wounded was a 23-year-old man shot multiple times and said to be in critical condition, according to the Sunday afternoon statement.

Police Commissioner Danielle Outlaw said at a news conference earlier Sunday that the officer’s use of his service weapon was being investigated internally.

The unidentified officer, described as a sworn employee with more than three years’ experience, was placed on administrative duty, the department said.

The incident began when gunfire rang out on the 400 block of South Street in one of the city’s nightlife districts, where hundreds of people were gathered, Outlaw said.

“Yesterday was a dark day for Philadelphia,” Outlaw said. “We are absolutely devastated, devastated by this incident. And we mourn the lives lost and the dozens and dozens of lives affected by this tragedy.”

Outlaw said the wounded ranged in age from 17 to 69. Several of them were “innocent bystanders,” she said.

Police Sunday afternoon identified two of the deceased as Gregory Jackson, 34; and Alexis Quinn, 27. The third fatality was described only as a 22-year-old man whose loved ones still needed to be notified of his demise.

The shooting may have been sparked by a physical fight between two males, one of whom died in the shooting, while the other was wounded, Outlaw said.

After the gunfire erupted, a responding officer saw a gunman firing into the crowd about a half-block from where multiple victims were struck, she said.

“The officer drew his weapon and fired several times in the direction of the unknown male,” Outlaw said.

She initially said police believed the gunman was hit, but police later said this was not clear.

“The unknown male dropped his handgun on the sidewalk and ran southbound on 600 American Street,” the department said. “The male was lost in the area.”

Outlaw pleaded for witnesses to come forward and tell investigators what they saw and heard. A $20,000 reward was being offered for information that leads to an arrest, Outlaw said.

“It’s important that we bring justice to the victims, their families and our community,” she said.

He added that they found “multiple casings throughout this area.”

“We expect to be able to gather a lot of video surveillance footage,” Pace said. “We look forward to getting a lot more information on the identity of the individuals responsible for the shootings.”