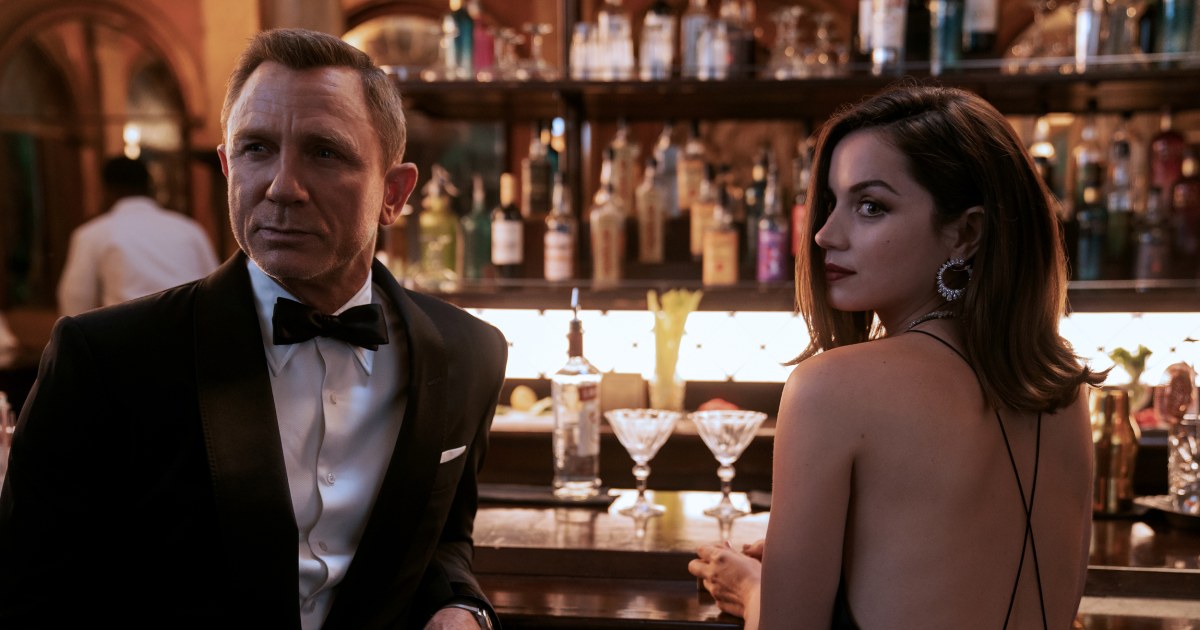 On the last night of filming "No Time to Die," many of the crew members stuck around Pinewood Studios near London until 1:30 a.m. to watch Daniel Craig wrap his last scene as the infamous British spy.The last scene Craig filmed in his five-movie run, which wrapped in October 2019 and debuts in theaters this…

On the last night of filming “No Time to Die,” many of the crew members stuck around Pinewood Studios near London until 1: 30 a.m. to watch Daniel Craig wrap his last scene as the infamous British spy.

The last scene Craig filmed in his five-movie run, which wrapped in October 2019 and debuts in theaters this weekend, didn’t involve one of the franchise’s patented chase sequences or a gritty fight. It is a relatively innocuous scene where Craig disappears around a corner and runs down an alleyway.

It was enough to move the hundreds on set watching to tears, Wilson said.

“It was a metaphor for Bond, the character, and for Daniel leaving,” Wilson told NBC News. It was very emotional for us. We all had either open tears, or a lump in our throat, or found our voices breaking.”

“No Time to Die” indeed marks the end of an era for one of the most popular franchises in movie history.

As Craig takes his final bow, speculation continues to mount around who will succeed him. There is increasing pressure for those working behind the scenes to cast a white actor in a black suit.

Craig is ‘a legend’

Before speculating about the future, Craig and many involved in the making of the film are ready to take a celebratory lap in the proverbial Aston Martin DB5.

Directed by Cary Joji Fukunaga, “No Time to Die” is the 25th official installment of the franchise. Almost exactly two years after Craig’s final day on the set, his final on-screen mission hits theaters, delayed for most of that time by the Covid-19 pandemic. “No Time to Die” picks up after the events of 2015’s “Spectre.”

Bond has left MI6 for an anonymous life in Jamaica — at least until his old friend CIA agent Felix Leiter (Jeffrey Wright) arrives in need of help tracking down a kidnapped scientist. Bond is drawn to the trail by Madeleine Swann (Lea Seydoux) and Rim Malek (a new villain).

In the process, Craig completes the evolution of the character, which he first played in 2006’s “Casino Royale. “

“He’s a legend,” Broccoli said of Craig. “Over the course the last five films, we were able to examine the inner life [of Bond],. I think he has done a remarkable work.” “

Movie audiences have seemed to agree. According to Comscore, the four Bond films that Craig made were the top-grossing in North American franchise history. However, it is important to consider inflation when comparing the films with the Roger Moore and Sean Connery eras.

Craig’s 2012 entry, “Skyfall,” broke the $1 billion mark at the box office worldwide, according to Comscore data.

“The casting of Craig as 007 was arguably the main ingredient in the creative mix that has over the past 15 years set the stage for the James Bond franchise to continue with substantial momentum that will carry forward now and into the future,” Paul Dergarabedian, senior box office analyst for Comscore, said.

The not-so-secret formula for continuing Bond successfully in a cinematic landscape dominated by superheroes and sci-fi is “balancing the ever-changing need for continuity and change,” said Mark Edlitz, author of “The Many Lives of James Bond: How Creators Have Decoded the Superspy. “

“Audiences usually see Bond in his tuxedo, with a martini in one hand and a gadget in the other, battling villains’ intent on taking over the world,” Edlitz said. The series is updated by the filmmakers. The Cold War is no longer the basis of the villains’ goals.

Edlitz added that Craig could not have thrived as Bond in Moore’s era and vice versa. Whatever the next Bond fight, however, there’s one thing that is universal about the appeal of the secret agent: his charisma.

“He’s a classic hero,” Broccoli said. Broccoli said, “He is not someone who is doing it for his personal glory or to accumulate wealth or fortune. This type of classic hero is something that we all can aspire towards. “

The search for the next Bond

The latest film has already achieved a major milestone for the franchise: casting a British actress of color, Lashana Lynch, as the new 007 — the numerical designation at MI6 previously occupied by Bond.

Lynch said she was indoctrinated into the earlier Bond films by her dad, who was “silenced and floored” when she shared the news of her casting.

“Every single shot, every single scene that I shot is in the movie,” Lynch told NBC News. “And I can stand by my creation. They were able respect my creation, and I’m able talk about it in all its glory to the people I care about — to young Black girls that are seeing themselves onscreen, and to young boys who see the strength of a women “

Her dad accompanied her to the London premiere of “No Time to Die,” in what Lynch described as “a really emotional moment all around. “

Lynch’s casting comes amid a broader push among many 007 fans for more diverse casting in the next installment, be it a person of color or a woman.

Considering the initial backlash over casting Craig — a blonde — for a role previously played by brunettes, the very idea remains a touchy subject.

In December 2014, Idris Elba was publicly name-checked by Amy Pascal, then the Sony Pictures Entertainment co-chair, as her suggestion for a successor to Craig in a secret email that leaked during the hacking of the studio’s servers. This simple idea sparked a furious outrage at the possibility of straying from the original source material, Ian Fleming’s novels and all the films.

“It’s not going to happen, but I would hope a Black or brown person or a woman being 007 or being James Bond would be the start of a real new wave in cinema,” Lynch said. We know that the actor will be criticized for being in such a position despite their hard work. “

Craig weighed in on the subject in an interview with the Radio Times last month, saying, “There should simply be better parts for women and actors of color. “

“As a character, James Bond has a lineage and a legacy that is rooted in instances of sexism, misogyny, and colonialism,” Lisa Funnell, associate professor in the women’s and gender studies department at the University of Oklahoma, said in an email.

“So, for me, the question is whether we should be casting a woman in this particular role,” Funnell, a scholar on the Bond franchise, added.

Broccoli has said the next Bond will certainly be British, but she and Wilson won’t even begin to brainstorm about who exactly that will be until next year at the earliest.

“That’s for the future. Broccoli stated that we haven’t been thinking about it. “We don’t really want to. We want to celebrate Daniel now. It feels inappropriate to start talking about his successor until he’s had his time.”