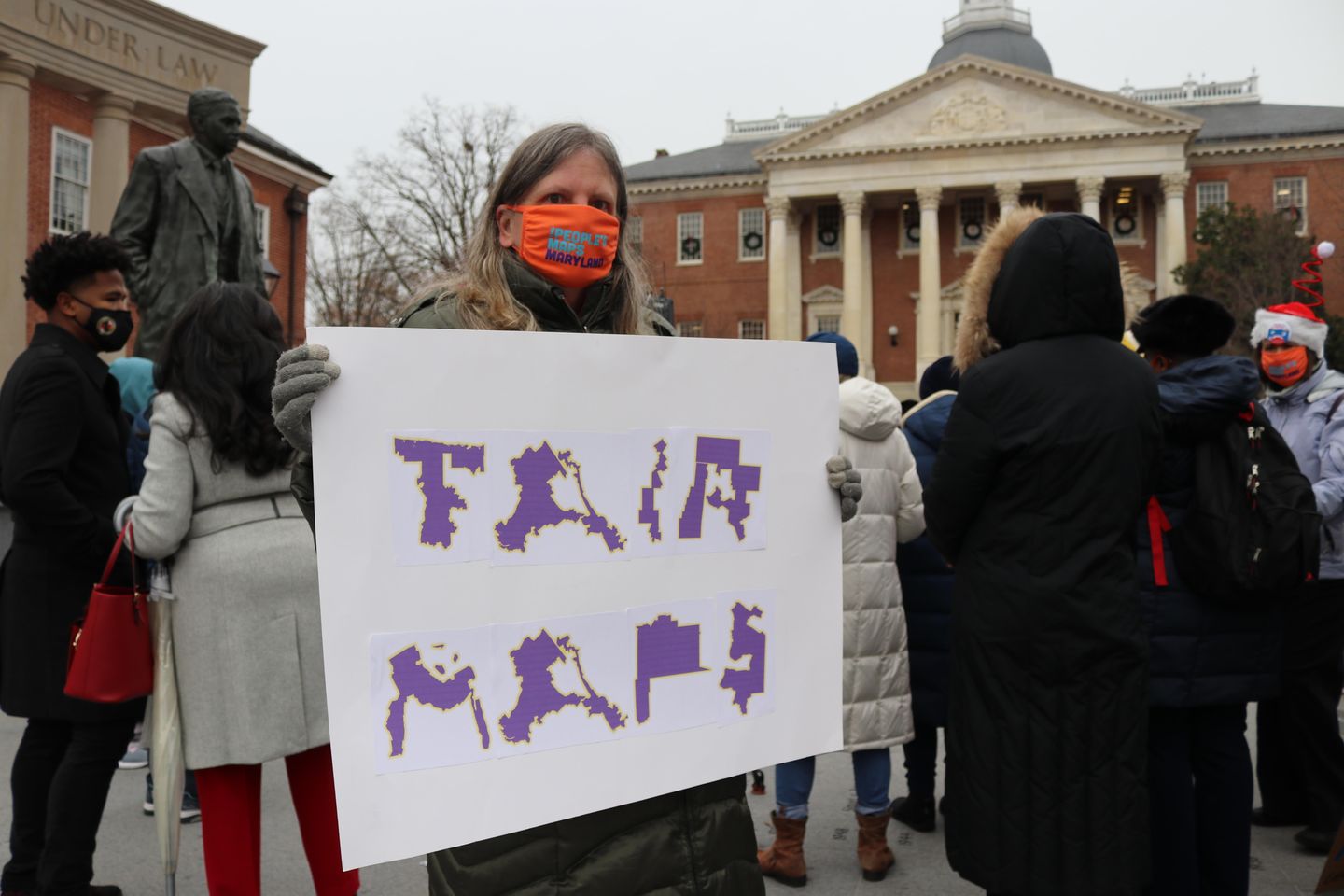 ANNAPOLIS — Maryland’s new congressional map was thrown out Friday by a judge who said the districts were the product of “extreme partisan gerrymander,” marking a major setback for the Democratic-run legislature. Anne Arundel County Circuit Court Judge Lynne A. Battaglia handed down the ruling, which was the first time Maryland’s congressional map was found to…

ANNAPOLIS — Maryland’s new congressional map was thrown out Friday by a judge who said the districts were the product of “extreme partisan gerrymander,” marking a major setback for the Democratic-run legislature.

Anne Arundel County Circuit Court Judge Lynne A. Battaglia handed down the ruling, which was the first time Maryland’s congressional map was found to violate the state’s constitution. State lawmakers will now have to revisit the drawing board to outline Maryland’s eight congressional districts by March 30 — an extraordinarily accelerated timeline for a complex process that often takes weeks or longer.

“The limitation of the undue extension of power by any branch of government must be exercised to ensure that the will of the people is heard, no matter under which political placard those governing reside,” Judge Battaglia wrote. “The 2021 Congressional Plan is unconstitutional, and subverts that will of those governed.”

The judge added that she was entering a judgment in favor of the plaintiffs to reject the map and “permanently enjoining its operation, and giving the General Assembly an opportunity to develop new Congressional Plan that is constitutional.”

An appeal by the state in the coming days is almost certain, a move that Mr. Parrott said they are expecting. Raquel Coombs, a spokeswoman for the attorney general, said the office is reviewing the decision.

An appeal could further delay the election schedule, which has already had the primary election pushed back three weeks to July 19.

“Maryland has the distinct honor of being talked about with Comedy Central, saying that we have the worst gerrymandered map in the entire country,” said Del. Neil Parrott, a Republican plaintiff in the case. “Somehow — and I don’t know how — they made the 2011 map worse in 2021. They accomplished a great task. But the courts are saying that great task is illegal.”

The ruling was a rare redistricting win for the state’s Republicans who have been squeezed off the map by Democrats over the past several decades. Maryland ranks as one of the most gerrymandered states.

Maryland Gov. Larry Hogan, a Republican, said the ruling “puts in plain view the partisan, secretive, and rigged process that led to the legislature’s illegal and unconstitutional maps.”

“For nearly eight years, we have been fighting to end the gerrymandering monopoly that has for too long been a shameful legacy of our state,” he said. “This ruling is a monumental victory for every Marylander who cares about protecting our democracy, bringing fairness to our elections, and putting the people back in charge.”

Mr. Hogan called on the General Assembly to immediately pass his proposal for an Independent Citizens Redistricting Commission.

The Democratic leaders of the state House and Senate issued a joint statement saying they were disappointed by the ruling. They insisted that the redistricting map “upheld the letter of the law by enacting fair boundaries that reflect demographic shifts.”

“The Legislative Redistricting Advisory Commission conducted a transparent process as we visited every corner of the state, hearing from the public. That input and testimony guided us, in addition to prior rulings and established precedent on redistricting,” state Senate President Bill Ferguson of Baltimore and House Speaker Adrienne Jones of Baltimore County said in the joint statement.

“We respect the diligence put into the trial judge’s determination and we will review the court’s order that establishes brand new legal standards for the drawing of the Maryland Congressional map,” they said.

The state legislature, which approved the map in party-line votes in December, is overwhelmingly blue. Only one district, the 1st Congressional District, is currently represented by a Republican, Rep. Andy Harris. The district includes all of Maryland’s rural Eastern Shore and northern reaches of the states as well as northern portions of Baltimore County.

The new map would have secured the seven Democratic seats as strongholds while making Mr. Harris’ district more competitive.

“While the Maryland Court of Appeals will still have to make the final call, I am optimistic that we are headed in the right direction to ensuring fair representation for all Marylanders,” Mr. Harris said.

Two Republican groups filed separate legal challenges against the congressional map but were considered together. They included anti-gerrymandering advocacy group Fair Maps Maryland, which has ties to Mr. Hogan, and the conservative activist group Judicial Watch, which was on behalf of a coalition of GOP Maryland voters and two Republican congressional candidates.

There is also separate, ongoing litigation over allegations that the state’s legislative districts were drawn unfairly.

“Judge Battaglia‘s ruling confirms what we have all known for years — Maryland is ground zero for gerrymandering, our districts and political reality reek of it, and there is abundant proof that it is occurring,” Mayer said. “Marylanders have been fighting for free and fair elections for decades and for the first time in our state’s shameful history of gerrymandering, we are at the precipice of ending it.”

“We know that our democracy works best when everyone, regardless of race or political party, has an equal opportunity to make their voice heard,” said Common Cause Maryland Executive Director Joanne Antoine.

• This story is based in part on wire service reports.