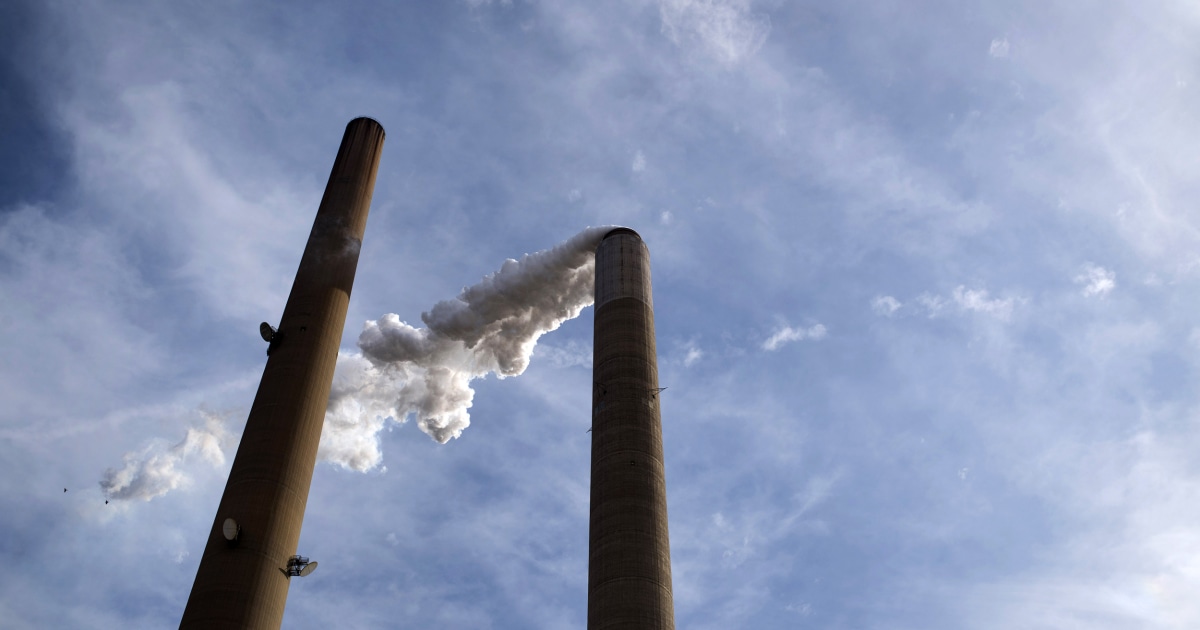 The Clean Energy Performance Program, the linchpin of President Biden’s proposed climate change legislation, is likely to be dropped from the Democrats’ spending bill because of opposition from Sen. Joe Manchin, D-W.Va., multiple sources have told NBC News.The sources say that the program will most likely be removed from the massive spending package known as…

The Clean Energy Performance Program, the linchpin of President Biden’s proposed climate change legislation, is likely to be dropped from the Democrats’ spending bill because of opposition from Sen. Joe Manchin, D-W.Va., multiple sources have told NBC News.

The sources say that the program will most likely be removed from the massive spending package known as the “reconciliation bill” that Democrats plan without Republican support, but that negotiations are ongoing and that no final decision has been made.

The $150 billion program, known as the CEPP, is the most sweeping climate measure in the reconciliation bill, and the Biden administration has been counting on it to achieve the bulk of the greenhouse gas emissions reductions in the measure. The carrot-and-stick approach would pay electric utility companies that switch from fossil fuels to renewable or clean energy sources and fine those that don’t.

“The CEPP is not going to happen, and they are working on alternatives, but I don’t know any that have been accepted by Manchin or the White House,” one source with knowledge of the discussions said.

The New York Times earlier reported that the program is likely to be dropped from the bill.

Gutting the clean energy component of the spending bill would mark a devastating blow for Biden’s climate agenda just two weeks before he heads to a closely watched U.N. global climate summit in Glasgow, Scotland, likely undermining Biden’s negotiating hand at the meeting. Although foreign nations applauded Biden’s decision on his first day in office to rejoin the Paris climate agreement, many have openly questioned whether the U.S. leader can follow through on his ambitious emissions-cutting goals given the domestic political challenges. Biden has pledged to cut U.S. emissions at least in half by 2030 compared with 2005 levels, and the climate provisions in the spending bill are key to achieving those reductions.

An environmental lobbyist involved in the discussions says the CEPP’s collapse is “likely but not certain,” and a disappointing move by Manchin, adding: “He has a chance to be transformational for his state and the country and is choosing not to. But there are other ways to meet the climate test of putting us on track to cut climate pollution in half by 2030.”

Manchin has been publicly critical of such a plan, arguing that it’s unnecessary because utility companies are already making that switch on their own. In recent days discussions have focused on whether Manchin’s support could be earned by weakening the definition of what energy sources would count as “clean” under the CEPP and be eligible for incentives, including natural gas and even coal plants fitted with carbon capture, an expensive technology that catches most of the carbon dioxide emitted by those plants to be safely stored.

“We don’t comment on the state of our negotiations with the wide array of senators offering views about the Build Back Better agenda,” White House spokesman Vedant Patel said on Saturday. “The White House is laser focused on advancing the president’s climate goals and positioning the United States to meet its emission targets in a way that grows domestic industries and good jobs.”

Sen. Tina Smith, D-Minn., a key author of the plan, said on Twitter that she’s “open to different approaches, but I cannot support a bill that won’t get us where we need to be on emissions.” Sen. Brian Schatz, D-Hawaii, another climate hawk, is staying publicly optimistic, tweeting: “We are going to enact a big, bold climate bill. Keep the pressure up, but also don’t give up.”

“While I strongly support the Clean Energy Payment Program, it’s important to note that the overwhelming majority of emissions reductions come from the energy tax overhaul in our Clean Energy for America Act,” Wyden said in part.

Introduced by Wyden earlier this year, the Clean Energy for America Act would reduce tax breaks for “dirty” fuels and instead provide tax incentives for clean, energy producers, clean electricity and so on. So-called clean energy produces no greenhouse gas emissions and is often also referred to as renewable energy, from natural sources or ones that are constantly replenished including the sun wind and water.

Manchin, chairman of the Energy and Natural Resources Committee, hasn’t weighed in on whether he would support the Clean Energy for America Act.