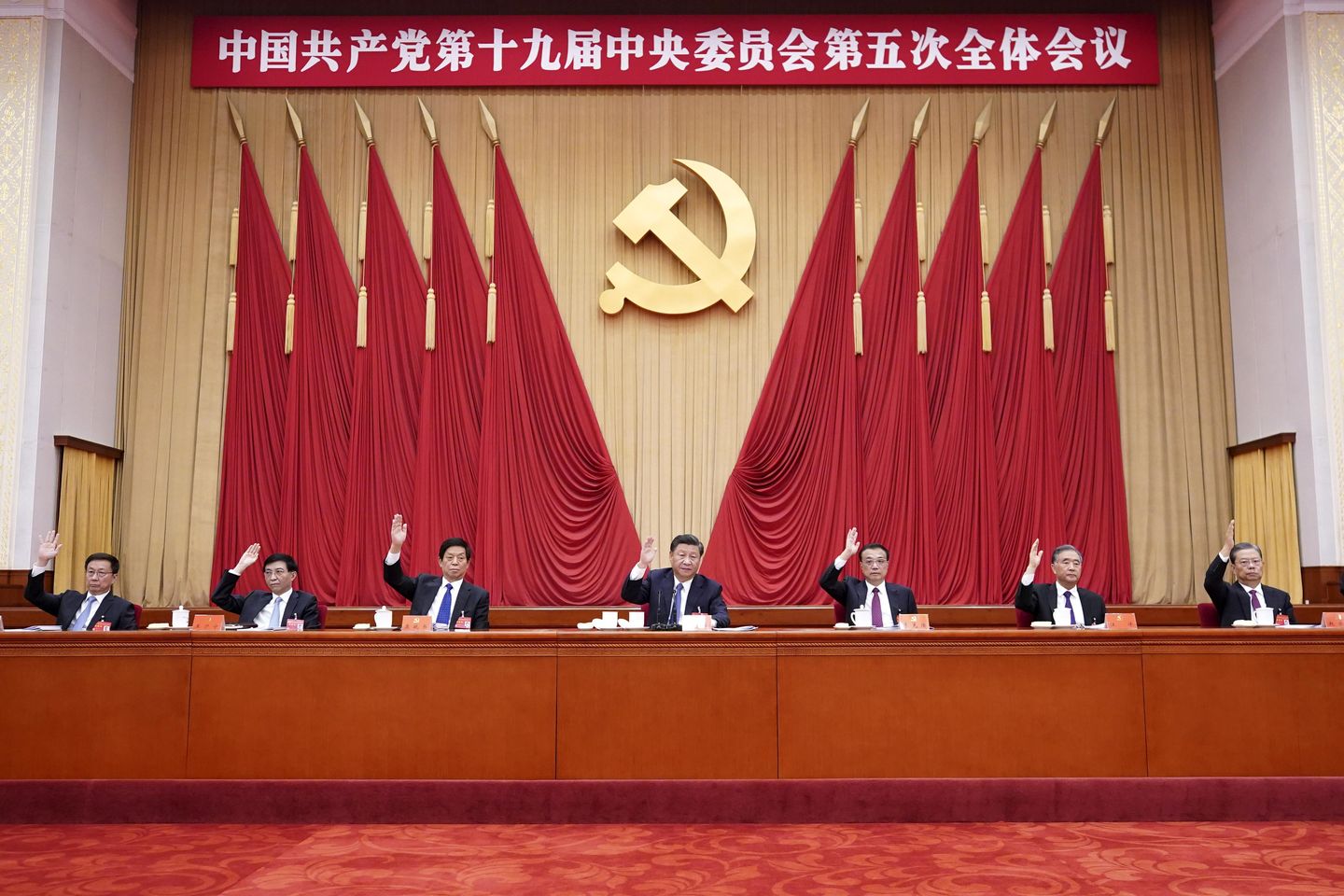 China’s communist government is increasing its systematic theft of U.S. technology and intellectual property and conducting other illicit economic activities, according to the latest annual survey by the Office of the U.S. Trade Representative. Beijing’s labor and environmental policies and anti-competitive subsidies have given the Chinese an advantage in world trade that is “putting companies…

China’s communist government is increasing its systematic theft of U.S. technology and intellectual property and conducting other illicit economic activities, according to the latest annual survey by the Office of the U.S. Trade Representative.

Beijing’s labor and environmental policies and anti-competitive subsidies have given the Chinese an advantage in world trade that is “putting companies out of business and violating concepts of fair competition,” the USTR report said.

“We are clear-eyed about China’s doubling down on its harmful trade and economic abuses,” the report, made public last week, said.“We must recognize that China, as a large, non-market economy, has uniquely distorted global trade through its economic policies and practices, causing harm to U.S. production, investment, and even consumption.”

Integration of the state-controlled Chinese economy into the global trading system “highlighted weaknesses in the current system — and the urgent need for reform,” the report added.

The 312-page report argues that the Biden administration is realigning trade policies toward China to better protect the U.S. economy and is seeking to counter the illicit activities.

Despite four years during the Trump administration that focused heavily on countering Chinese technology and intellectual property theft from the United States, the problem persists.

SEE ALSO: USAID administrator warns of the war in Ukraine expanding into a global crisis

A 2018 White House report said Chinese theft of technology and intellectual property cost the U.S. economy a staggering $250 billion to $600 billion annually. A Chinese Embassy spokesman did not immediately respond to a request for comment.

The Chinese Communist Party-affiliated outlet Global Times stated in an article Thursday that the USTR report was “filled with the same old lies.”

“The report is meant to protect U.S. businesses, but in reality, it is aimed at nothing more than providing a pretext for the U.S. government to bully trading partners that it considers unfriendly and unwilling to bow to U.S. pressure,” Global Times said.

China operates a program known as the “Thousand Talents Program” that seeks to entice U.S. scientists and academics to provide technology to China. The “Made in China 2025” program targets key economic goals such as artificial intelligence and driverless cars for special government support in global markets.

One of the most damaging cases, U.S. prosecutors say, involved Chinese national Tan Hongjin, who was convicted in 2019 of stealing an estimated $1 billion worth of trade secrets from an Oklahoma-based petroleum company.

In another case several years ago, a Chinese government-owned company, Sinovel, stole proprietary source code used in controlling wind turbines from American Superconductor, a company in Massachusetts. The theft caused the company to decline in value from $1.6 billion to $200 million and to lose 600 of its 900 employees.

As a result of the theft, Sinovel is using the U.S.-developed source code to sell its wind turbines in the United States.

According to the USTR report, China continues to employ a wide variety of measures to support Chinese industries, including “various, often illicit, means to secure foreign intellectual property and technology to pursue its industrial policy objectives,” the report said.

The report criticizes Beijing for what it says was a continuing failure to provide basic labor rights such as organizing and collective bargaining.

Beijing still employs forced labor in western China’s Xinjiang Province, where ethnic Uyghurs have been repressed in what the State Department has labled a genocide.As many as 2 million Uyghurs, a predominantly Muslim group, have been held in forced labor camps, human rights groups say.

The report also criticized China for lax protections for intellectual property. “China needs to address weak enforcement channels and a lack of transparency and judicial independence,” the report said.

For example, Chinese companies continued to use U.S. intellectual property after licenses had expired, while imposing foreign ownership restrictions and onerous licensing “to require or pressure technology transfer from U.S. companies.”

“China’s regime of technology regulations forces U.S. companies seeking to license technologies to Chinese entities to do so on non-market-based terms that favor Chinese recipients,” the report said.

The report says the key to the Biden administration’s effort to counter China are part of Mr. Biden’s so-called Build Back Better agenda.The agenda appears to be faltering amid record inflation and opposition in Congress. The Commerce Department reported last week that U.S. GDP decreased by 1.4% annual rate in the first quarter of 2022, the weakest since the height of the pandemic in 2020.

“We are also considering all existing tools –– and will potentially seek new ones as needed –– to combat the harms of China’s state-led, non-market practices,” the report said.

Efforts begun under President Donald Trump since 2018 to consult with China on the problem “did not resolve the dispute” over intellectual property theft, the report said.

The report said U.S. engagement with China has been “demonstrating progress” since the signing in January 2020 of the U.S.–China Economic and Trade Agreement, the report said without providing specifics.

Regarding counterfeit products, the report said China is “home to widespread infringing activity, including trade secret theft, rampant online piracy and counterfeiting, and high-volume manufacturing and export of pirated and counterfeit goods to markets around the globe.”

A total of 83% of all seizures of counterfeit merchandise by Customs and Border Protection came from China.