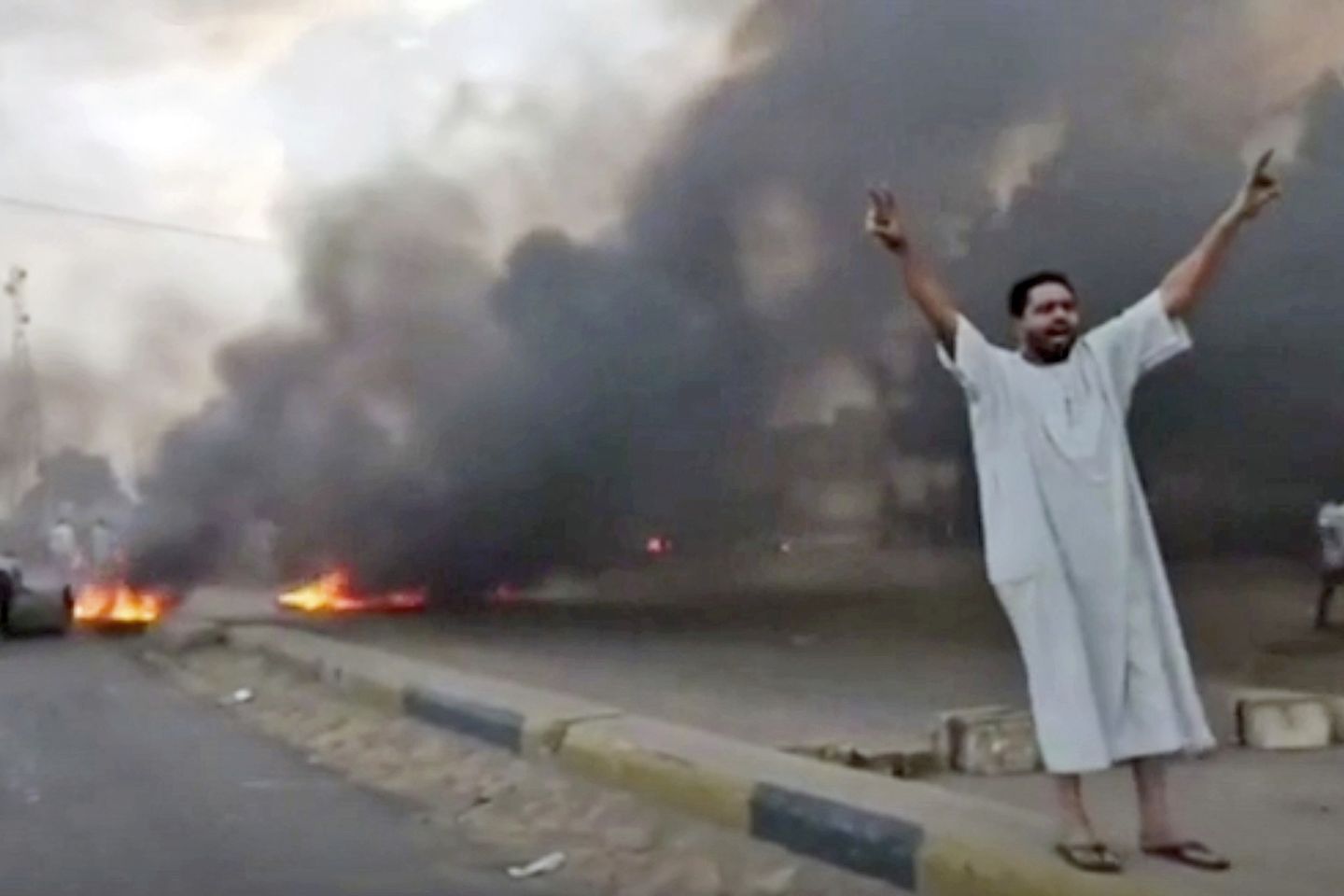 Sudanese troops arrested their nation’s prime minister and other political leaders in a military coup Monday, derailing Sudan‘s move toward a civilian, democratic government and sparking fears of even more chaos on the unstable, terrorism-plagued Horn of Africa. Just hours after Prime Minister Abdalla Hamdok and other top officials were taken into custody, the U.S.…

Sudanese troops arrested their nation’s prime minister and other political leaders in a military coup Monday, derailing Sudan‘s move toward a civilian, democratic government and sparking fears of even more chaos on the unstable, terrorism-plagued Horn of Africa.

Just hours after Prime Minister Abdalla Hamdok and other top officials were taken into custody, the U.S. Embassy in Sudan warned Americans to shelter in place as Sudanese forces reportedly blocked roads in and around the capital of Khartoum. Military leaders quickly moved to consolidate as much power as possible and announced that a long-awaited handoff from a transitional body to a permanent, civilian-led government would be put on hold.

The coup threatens to crush hopes for democracy two years after popular protests drove longtime dictator Omar Bashir from power. The civilian leaders of the revolution and the old guard military had been in an uneasy alliance promising to transition to a fully civilian-controlled democracy.

Gen. Abdel-Fattah Burhan, the head of the nation’s military, said in a speech on national television that the military will remain in charge until elections are held in July 2023. Whether that vote would happen met with deep skepticism.

“The armed forces will continue completing the democratic transition until the handover of the country’s leadership to a civilian, elected government,” Gen. Burhan said. He blamed internal fighting among Sudanese political factions, which he said forced the military to step in and take full control.

The general declared a state of emergency across the country. The Reuters news service, citing figures from the Central Committee of Sudanese Doctors, reported at least three killed and scores wounded in street protests after the coup was announced.

The stunning development is the latest shake-up in a chaotic two years for Sudan, which hosted al Qaeda leader Osama bin Laden in the 1990s and spent years on the U.S. list of state sponsors of terrorism. It was removed from the list in December.

The country shifted toward a democratic government after Bashir’s ouster and arrest in 2019. The changes in Sudan sparked hope among the U.S. and its Western allies that a nation once viewed as an international pariah could become a functional democracy in an otherwise unruly part of the world.

Trump administration Secretary of State Mike Pompeo made a rare visit to Sudan in August 2020. Sudan became the fourth country to sign on to the Trump administration’s Abraham Accords as it formally agreed to normalize relations with Israel.

Mr. Pompeo, who met with Mr. Hamdok and Gen. Burhan during his visit, said at the time that Sudan‘s democratic transition marked a “once-in-a-generation opportunity” for the Sudanese people.

Much of that hope faded Monday.

The State Department announced that $700 million in U.S. aid meant to help finance the country’s transition to a civilian-led government would be frozen immediately. Biden administration officials also said the U.S. might revisit its decision to take Sudan off the list of state sponsors of terrorism.

“The United States condemns the actions taken overnight by Sudanese military forces. … Our entire relationship with this entity in Sudan will be evaluated in light of what has transpired unless Sudan returns to the transition path. That is what we are calling for,” State Department spokesperson Ned Price told reporters Monday afternoon.

Less than 48 hours before the coup, Jeffrey Feltman, the U.S. special envoy to the Horn of Africa, visited Sudan in an apparent sign that the Biden administration believed trouble was on the horizon. Mr. Price said the military leadership in Sudan gave no clear indication of what was coming.

“We were not given any heads-up about this,” he said.

Rumblings of instability had been growing in Khartoum in recent weeks, fueled in part by a failed coup staged by supporters of the imprisoned Bashir in September. Some political parties were encouraging the military to step in to stop a policy stalemate caused by government infighting.

The developments will further destabilize eastern Africa and could affect U.S. military policy across the vast continent. American forces already are embroiled in a long-running air campaign in nearby Somalia, where a fragile central government is clinging to power in the capital of Mogadishu but where huge swaths of the rest of the country are controlled by the al Qaeda affiliate al-Shabab.

Sudan‘s neighbor to the east, Ethiopia, is in the midst of its own civil war. Addis Ababa is battling a powerful resistance movement in the Tigray region.

If Sudan descends into complete chaos, that could open the door for an expansion of terrorist groups that have a major foothold across the Horn of Africa, the Sahel region and other parts of the continent. Many international terrorism analysts say Africa has already become the world’s epicenter of terrorism.

The United Nations, European Union and governments around the world condemned the military’s seizure of power.

U.N. Secretary-General Antonio Guterres called for the immediate release of the prime minister and others taken captive by the military. “There must be full respect for the constitutional charter to protect the hard-won political transition,” he said.

Germany, France and other leading European nations followed suit and denounced the military’s actions and the arrest of Mr. Hamdok.

U.S. lawmakers said Washington needs to use whatever leverage it has to reverse the coup. They said American partners in the Arab world, many of which retain ties to Sudanese military leaders, can play a key role.

“The United States must use every diplomatic tool at our disposal to send a clear message to the Sudanese military that they must return to the barracks, demonstrate restraint and respect the rights of those who have taken to the streets to peacefully protest,” Senate Foreign Relations Committee Chairman Robert Menendez, New Jersey Democrat, said in a statement. “Our partners in the Arab world and elsewhere must also push for the release of the prime minister and other government officials, and a transfer of leadership to a civilian as required under the terms of the transitional constitution.”

Across the Arab world, reactions were mixed. Some governments seemed reluctant to directly criticize the Sudanese military.

Saudi Arabia issued a call for “restraint and calm” in Sudan. The regional powerhouse issued a statement calling on Sudanese factions to unify and “preserve the political and economic gains that have been achieved.”

Egypt and other Gulf nations issued statements calling for stability and a resolution to the crisis, but not expressly condemning the coup in the same way as the U.S. and European nations did.