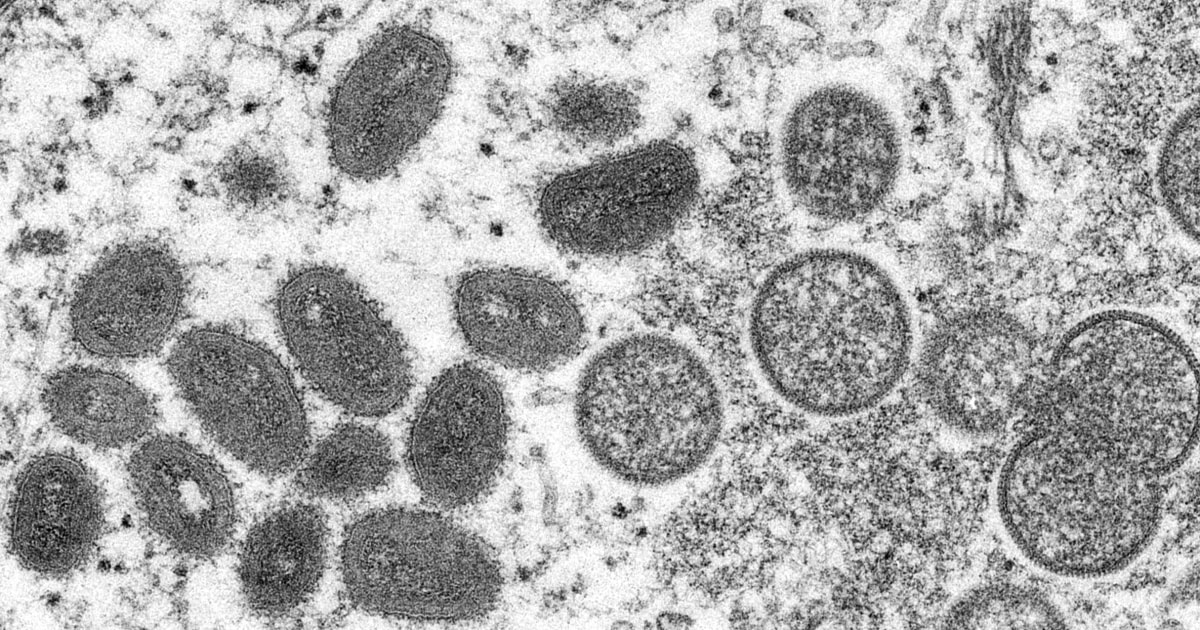 The Centers for Disease Control and Prevention is investigating four suspected cases of monkeypox in the United States. All of the cases are in men and related to travel, and there is no evidence the virus has changed to become more contagious, CDC officials said during a media briefing Monday.The country's first case was confirmed…

The Centers for Disease Control and Prevention is investigating four suspected cases of monkeypox in the United States. All of the cases are in men and related to travel, and there is no evidence the virus has changed to become more contagious, CDC officials said during a media briefing Monday.

The country’s first case was confirmed last week, in a man in Massachusetts. The suspected cases under investigation include one in New York City, one in Florida and two in Utah, CDC officials said.

While additional cases are anticipated, officials noted that there is no evidence that the virus is spreading widely in the country and added that the U.S. has a stockpile of vaccines available for close contacts of the infected patients.

The CDC is working to acquire and distribute a small amount of doses of monkeypox vaccine from the Strategic National Stockpile for certain high-risk individuals who have been in contact with cases.

In all of the suspected and confirmed U.S. cases, the individuals had traveled out of the country, Capt. Jennifer McQuiston, deputy director of the High Consequence Pathogens and Pathology division of the CDC, said during the briefing.

The individuals in the U.S. reported they had traveled in April, with symptoms appearing in early May, according to the CDC.

The majority of current cases have been reported in men who have sex with other men.

Monkeypox has not been historically considered a sexually transmitted disease. However, it’s transmitted through close physical contact, and can be spread during sex. Two raves held in Spain and Belgium among gay and bisexual men have been connected to the current cases.

“It really requires a discrete encounter with the lesions themselves or the bedding or clothing that they share,” Dr. John Brooks, a medical epidemiologist in the CDC’s Division of HIV/AIDS Prevention, told NBC News.

Monkeypox can also be transmitted through respiratory droplets from someone who has lesions in their mouth, the CDC said. This is much different than highly contagious Covid-19.

“It’s not a situation where if you’re passing someone in the grocery store, you’re going to be at risk for monkeypox,” McQuiston said.

The primary risk would be to people who have been in close physical contact with someone who already has monkeypox, McQuiston said. “Those would include people like family members or health care workers who are caring for someone with active infection.”

In Massachusetts, 200 people, mostly health care workers, are being tracked after coming into contact with a patient.

Many patients with confirmed monkeypox in the current outbreak have reported a rash or lesions on their genitals, which some doctors may have mischaracterized as herpes or syphilis, the CDC said.

Despite the recent spread in the gay community, CDC experts stress that this illness is not specific to any one group.

“Infectious diseases don’t care about borders or social networks. Some groups may have a greater chance of exposure right now, but by no means is the current risk of exposure to monkeypox exclusive to the gay and bisexual community,” Brooks said during the briefing. “Anyone can develop and spread monkeypox infection.”

One vaccine, called Jynneos, is specifically for monkeypox. There are enough doses of the Jynneos vaccine available in the stockpile for about 500 people. The CDC said production of the vaccine is expected to ramp up in the coming weeks.

However, there are more than 100 million doses of another vaccine, ACAM2000. This is an older generation vaccine meant to prevent smallpox, but could also be used to prevent monkeypox, McQuiston said.

That vaccine, however, can come with significant side effects, and would be considered only for very close personal contacts of those with monkeypox infection, as well as health care workers.

Most monkeypox patients in the current outbreak have recovered within a month without any specific treatment, the CDC said. No deaths have been reported.