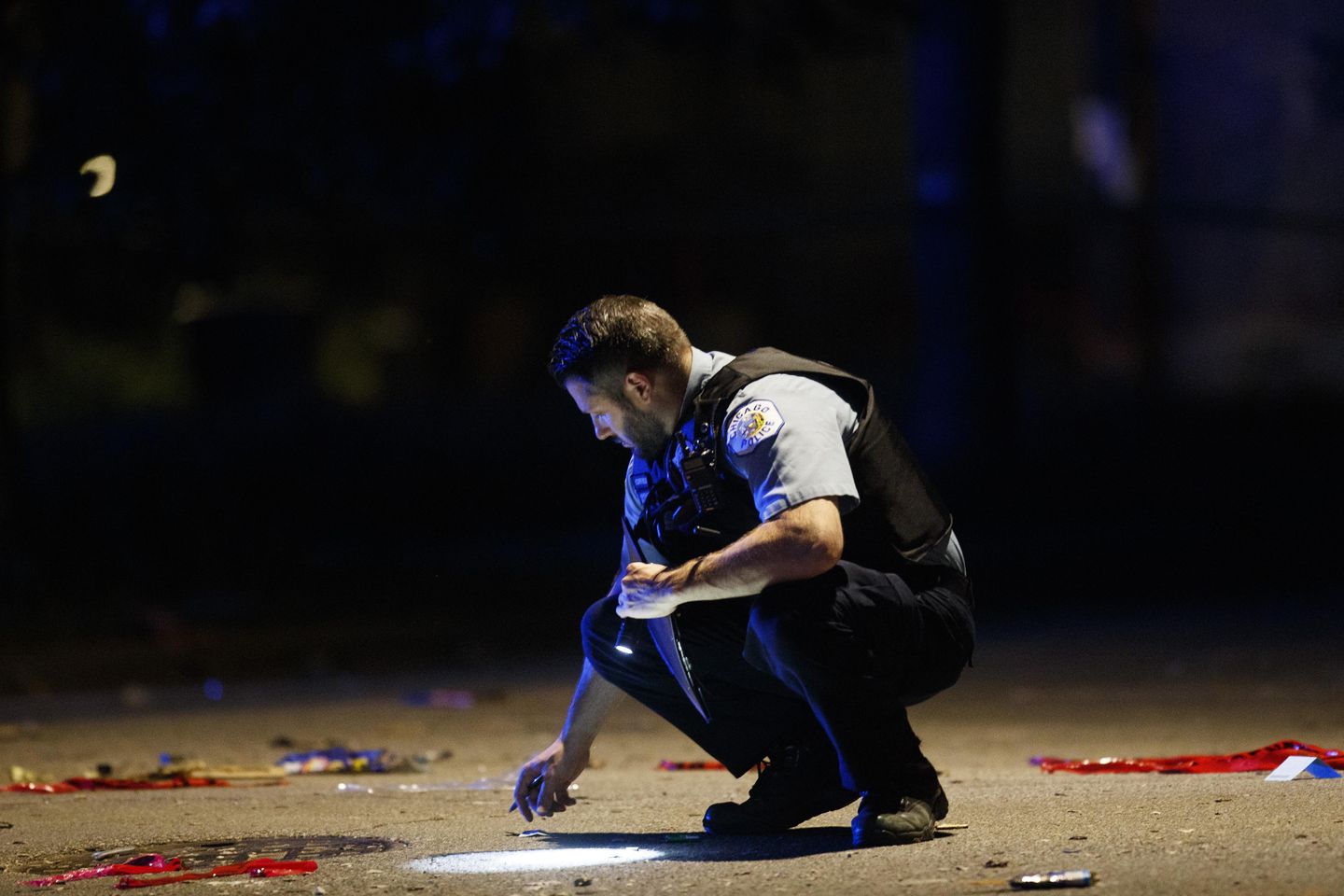 Some of the most violent crimes in America are being carried out by its youngest members of society and those who deal with youth offenders say the trend won’t reverse anytime soon. The startling surge of lawlessness began during the pandemic and, in cities large and small that bear the brunt of the crime wave,…

Some of the most violent crimes in America are being carried out by its youngest members of society and those who deal with youth offenders say the trend won’t reverse anytime soon.

The startling surge of lawlessness began during the pandemic and, in cities large and small that bear the brunt of the crime wave, leaders fret that there are no easy solutions.

In Washington last month, Commanders’ running back Brain Robinson Jr. was shot in an attempted carjacking perpetrated by an armed teenager.

Prosecutors in Philadelphia this summer filed murder charges against two 14-year-olds, a boy and a girl, for allegedly beating a 73-year-old man to death with a traffic cone.

A 17-year-old in San Antonio, Texas, was arrested and charged with murder, accused of luring a 15-year-old boy from his home in what police say was revenge for a drug robbery.

“Youth crime is absolutely spiking,” said Marc T. Little, executive director of CURE America Action, a Christian-based conservative advocacy group focused on urban issues. “All we have to do is look at the news and most of what we read about the hotbeds of violence in cities is crimes committed by youth.”

Analysts say the rise in juvenile violent crime is caused by several factors, including absentee fathers, shuttered schools during the pandemic, and soft-on-crime district attorneys either refusing to press charges or seeking lenient sentences.

That has created a perfect storm for communities struggling to contain the violence.

Another factor, analysts say, is left-wing politicians and prosecutors whose lenient approach to juvenile crime.

New Orleans Mayor LaToya Contrell angered police and others when she appeared in juvenile court last month to support a 14-year-old carjacker. She sat with the perpetrator’s family as he was sentenced to probation for three first-degree robbery convictions committed when he was only 13.

The head of the New Orleans Fraternal Order of Police said the move was a “disappointment” and “unfortunate.”

“I pick no sides,” the mayor later said, explaining that the teen was in her Pathways program which is intended to help at-risk youth stay on the right path.

In Los Angeles, where rising crime rates have been plagued by brazen smash-and-grab robberies and home invasions, District Attorney George Gascon has sharply restricted when juveniles can be tried as an adult.

Those actions have sent a message to teens that there will be no consequences for their crimes and send teens back into urban communities to carry out further mayhem, Mr. Little said.

“People like George Gascon and others are not making sure teens are rehabilitated, but just looking to lower the numbers of youth in prison and sending them back into the communities,” he said.

While no one has tracked national data on crimes committed by juveniles, statistics from areas throughout the country point to a widespread rise in violent crime by these perpetrators.

Data from the police department in Montgomery County, Maryland, which borders Washington, shows that the number of homicide victims and suspects under the age of 21 has tripled since last year.

So far this year, there have been six homicide victims and nine suspects who are under 21, up from two victims and three suspects in 2021.

Through the first six months of 2022, prosecutors in Indianapolis charged six people under 21 with murder, compared to two charged throughout all of 2020 and the five charged by the end of 2021.

Police in Washington arrested 63 juveniles for carjackings so far this year, on pace to shatter last year’s record of 100 carjacking arrests. For all of 2019, only 25 teens were arrested for carjacking.

In Prince George’s County, Maryland, which also borders Washington, police arrested an eye-popping 430 juveniles so far this year, more than double the number from this time last year.

New Orleans police arrested 157 juveniles between June and August, including 24 who had been arrested more than once during that period.

The most recently available data on violent youth crime is from 2020. That data, compiled by The Sentencing Project, which advocates for reducing incarceration, showed that the number of homicides committed by those aged 10-19 increased by 1% in 2020 compared to 2019. However, the total number of juvenile arrests dropped by 8% during the same period.

Mac Levin, chief policy counsel for the Council on Criminal Justice, said it’s hard to know if juvenile crime is surging or if youths are just committing more high-profile offenses. The number of violent crimes solved by the police has decreased since 2020, making it difficult to determine who perpetrated the crime.

Mr. Levin also noted that in several cases, youth and adults committed the crime together, adding another variable that complicates quantifying youth crime.

Some municipalities have taken steps to address the violence.

Officials in Prince George’s County on Friday began enforcing a curfew for teens, requiring them to be off the streets between the hours of 10 p.m. and 5 a.m. Sunday through Thursday and between 12 a.m. and 5 a.m. on Fridays and Saturdays, unless accompanied by an adult.

Curfews exist in at least 400 towns, cities and counties across the country, but are rarely enforced, according to data from the National Youth Rights Association.

The move was popular in the 1990s when politicians sought to be tough-on-crime at a time when America was awash in violent crime. However, curfews fell out of favor in the mid-2000s, when social justice activists said they trampled on the rights of Black youth.

Studies show that curfews do little to curb crime in the communities where they are enforced. A 2016 study by the Campbell Collaboration, a non-profit that reviews public policies, examined 7,000 studies on juvenile curfews and concluded they were “ineffective.”

The Campbell Collaboration concluded that there was a slight increase in crime during curfew hours and it had no impact on reducing crime when the curfew was not in effect.

Data from the Justice Department’s Office of Juvenile Justice and Delinquency Prevention released this year found that violence committed by youth aged 7 through 17 is more frequent during school days and occurs between 1 pm and 7 pm.

“These kids are brazen and out in the light of day doing what they do,” said Kevin McGary, president of the conservative activist group Every Black Life Matters. “If all these crimes were committed at night, this might have some effect, but I don’t see it as a real solution.”

Mr. McGary said the nation must work to address the crisis of fatherlessness in Black communities.

A Justice Department study last year found that 72% of adolescents serving sentences for murder are from fatherless households, while 60% of rapists grew up without a dad.

“Fatherlessness is the common denominator for crime in the urban communities,” Mr. McGary said. “Fathers are not there as a voice of reason, pillar of rationality, and a barrier to protect children. Single moms are working and children are left to their own devices and we are reaping the consequences of that.”