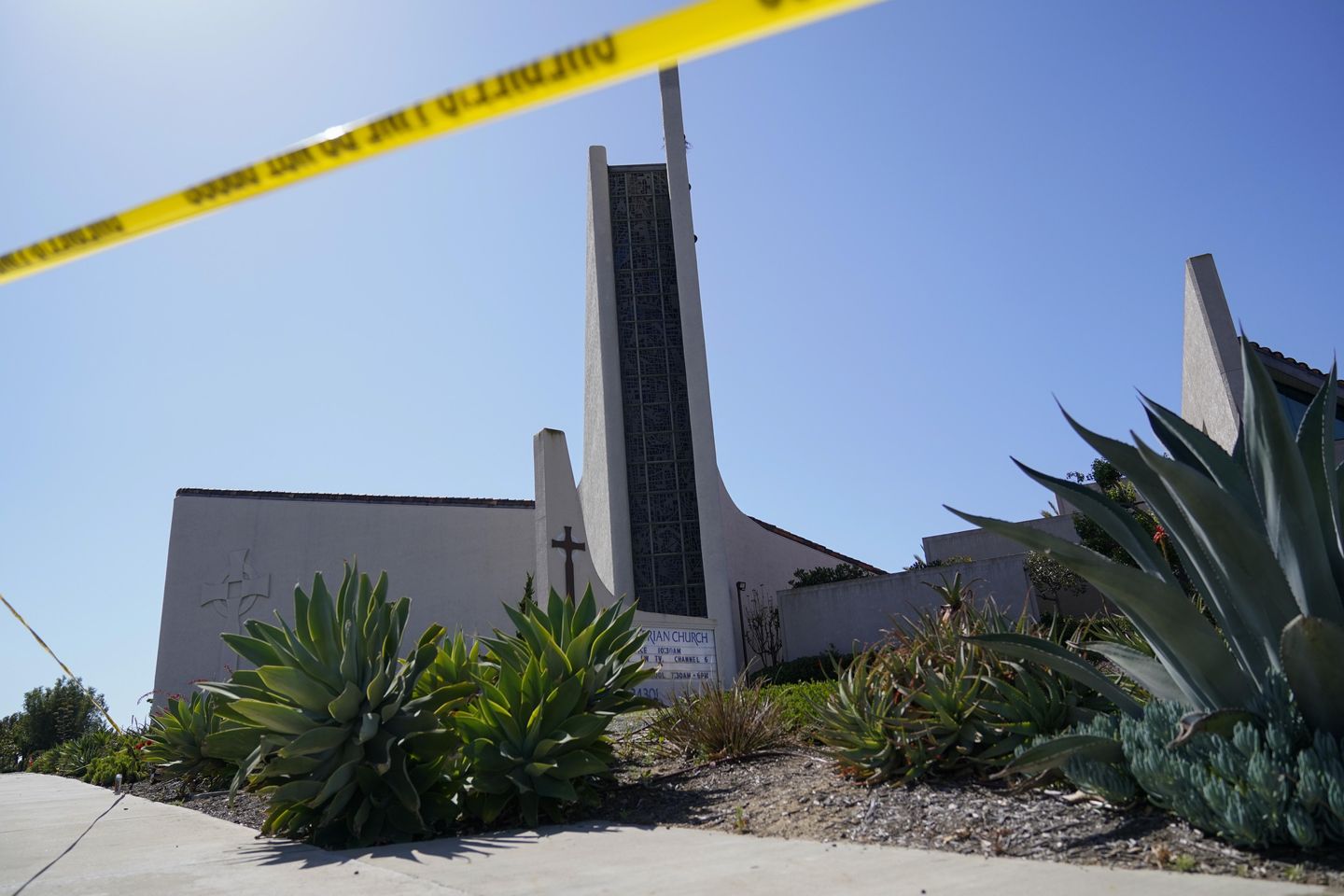 LAGUNA WOODS, Calif. (AP) — When a gunman began shooting at a Taiwanese American church luncheon, Shoei Su said he froze. The retired appraiser uses a walker and said he and many of the elderly congregants didn’t immediately know what was happening. He said the shooter said nothing before firing on churchgoers who were snapping…

The retired appraiser uses a walker and said he and many of the elderly congregants didn’t immediately know what was happening. He said the shooter said nothing before firing on churchgoers who were snapping photos after finishing lunch following last Sunday morning’s prayer service.

Nearly a week later, Su said he can’t sleep and is struggling to heal from the attack that killed one and wounded five in the close-knit congregation in the Southern California community of Laguna Woods, which is made up largely of retirees.

“At that time, we were not afraid,” he said. “Later, when we think about it, we’re afraid.”

Authorities say the gunman, David Chou, 68, of Las Vegas, was motivated by hatred of Taiwan, where he was born and grew up after his family was forced from mainland China when Communists took control. He had no connection to the church but spent about an hour with attendees apparently to gain their trust so he could execute his plot, authorities said.

Dr. John Cheng, the 52-year-old son of a congregant, charged him and was shot. He died at the scene, but his quick action disrupted the shooter, who was then hit by a chair thrown by the church’s former pastor, Billy Chang, and jumped on by several congregation members who used an extension cord to tie him up until police arrived.

Cheng was the only person killed. Five others were wounded, including four men aged 66 to 92 and an 86-year-old woman.

The community is still reeling from the attack. At Saturday’s event, churchgoers bowed their heads in prayer and several sobbed. Bouquets of sunflowers and roses were laid out with notes reading “RIP Dr. Cheng.”

Pastor Albany Lee, the congregation’s leader who was away last Sunday, said he remembers meeting with Cheng a few months ago while visiting the family after Cheng’s father died. He said Cheng, who didn’t usually attend the Taiwanese congregation but took his mother there last week, in his eyes is more than a hero but one of two angels who, along with Chang, saved the community.

On Sunday, his congregation will resume its weekly prayer service. Security will be tight and no media coverage allowed on the Geneva campus.

Lee said trauma specialists will be available to assist the community for the next few weeks and coming together for worship is critical, despite the pain many feel.

“I think this is the most important time that we need to come together as a faith community,” he said. “We can help each other.”