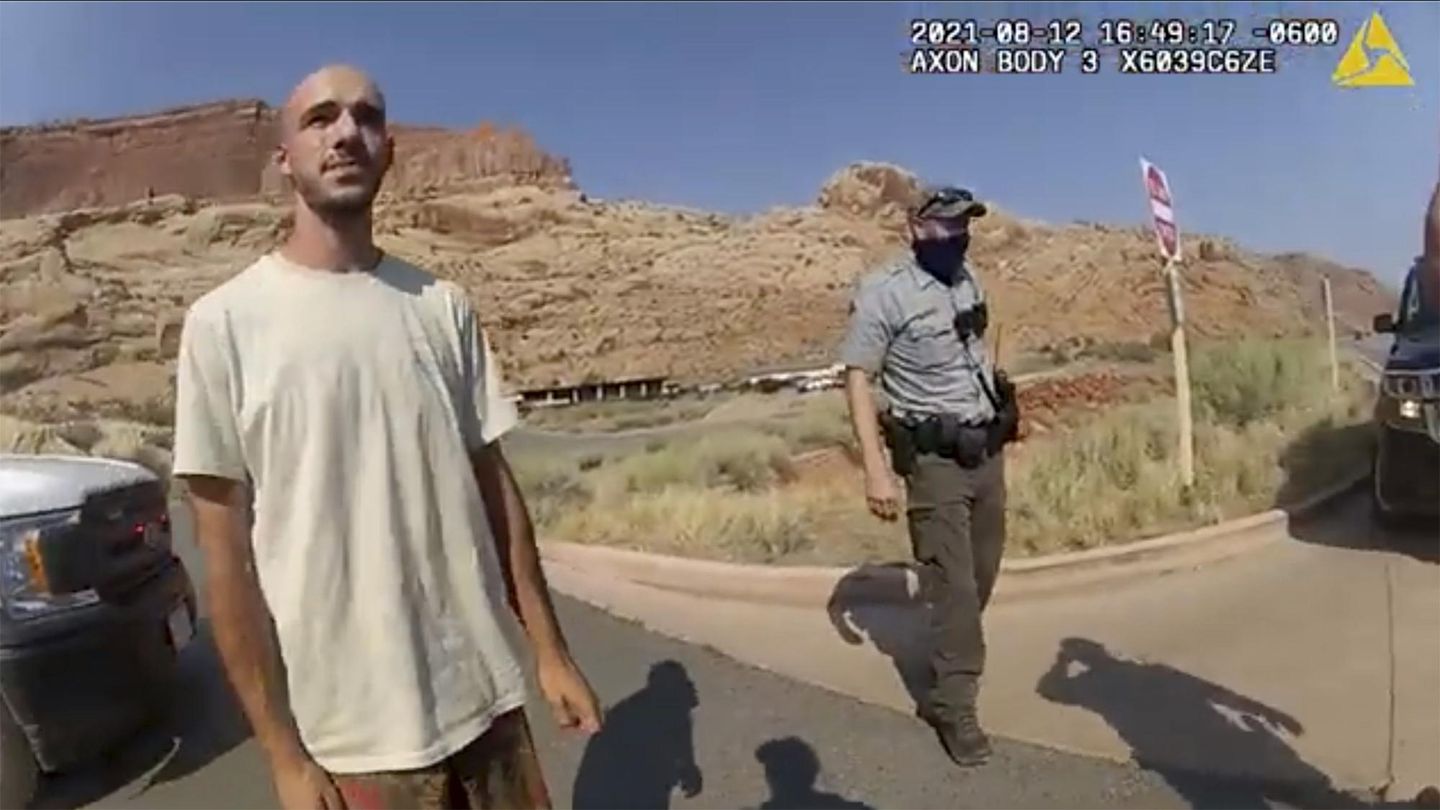 NORTH PORT, Fla. — Police in Florida said they are working with the FBI to find 23-year-old Brian Laundrie, whose girlfriend disappeared during a cross-country trek in a converted van. North Port police said late Friday that Laundrie‘s parents told them that they haven’t seen him since Tuesday. Police said they spoke with the family…

NORTH PORT, Fla. — Police in Florida said they are working with the FBI to find 23-year-old Brian Laundrie, whose girlfriend disappeared during a cross-country trek in a converted van.

North Port police said late Friday that Laundrie‘s parents told them that they haven’t seen him since Tuesday. The family requested that police speak with them.

Laundrie and his 22-year-old girlfriend, Gabrielle “Gabby” Petito, left in July on a journey that took them to national parks out West. She was reported missing on Sept. 11 by her family and is now the subject of a nationwide search joined by the FBI.

Investigators stated that Laundrie was found in the van and returned to his parent’s home in North Port in Florida on Sept. 1. They have identified him as the person of interest in this case.

The investigation is now a case of multiple missing persons, according to police. They also stated that they are not looking into a crime.

Steven Bertolino was not available to comment on Friday night’s Associated Press request.

Earlier in the week, Petito‘s family pleaded for the Laundrie family to tell them where their son last saw her. Petito and Laundrie were childhood sweethearts who met while growing up on Long Island. His parents later relocated to North Port (about km) south of Sarasota.

Police video released by the Moab Police Department in Utah showed that an officer pulled the van over on Aug. 12 after it was seen speeding and hitting a curb near the entrance to Arches National Park. The body cam video showed an emotional Petito, who sat inside a police cruiser while officers also questioned Laundrie.

Laundrie says on the video the couple got into a minor scuffle that began when he climbed into the van with dirty feet, and said he didn’t want to purue a domestic violence charge against Petito, who officers decided was the aggressor.

He told the officers he wasn’t going to pursue charges because he loves her. “It was just an argument. It was a squabble.

Ultimately, the Moab police did not file any charges against the couple and instead separated them for the night. Laundrie checked into a motel while Petito stayed in the converted sleeper van.

The official conversation with the family took place shortly after North Port chief Garrison had publicly lamented Brian Laundrie ”s inability to help him on Wednesday. He pleaded for Laundrie’s attorney to set up a meeting. The police chief tweeted earlier that “Two people went on a trip, and one person returned!”

Their trek in the Fort Transit van started in July from New York’s Long Island. Both were born there. They intended to reach Oregon by Halloween according to their social media accounts, but Petito vanished after her last known contact with family in late August from Grand Teton National Park in Wyoming, authorities said. Police said that

Petito’s parents released a letter through their attorney on Thursday to Laundrie’s parents, asking them to help investigators locate Petito, despite their instinct to protect their son.

Bertolino, Laundrie’s attorney, stated that the Laundrie family hopes Petito will return safely, but that he had requested them not to talk with investigators.

We are still trying to pinpoint geographic areas,” Garrison stated recently. “There is a lot of information that we are looking at. Our focus is to find Gabby.”

In other developments, a sheriff in Utah said Friday that detectives have determined there is no connection between Petito‘s disappearance on the trip and a still-unsolved slaying of two women who were fatally shot at a campsite near Moab, Utah – the same tourist town where Petito and Laundrie had the fight in which police intervened.

The two women’s bodies were found Aug. 18, six days after the traffic stop involving Laundrie and Petito. The two women, Kylen Schulte, 24, and Crystal Turner, 38, had told friends they feared a “creepy man” they had seen nearby might harm them.

Utah’s Grand County Sheriff Steven White stated that the cases were not related.