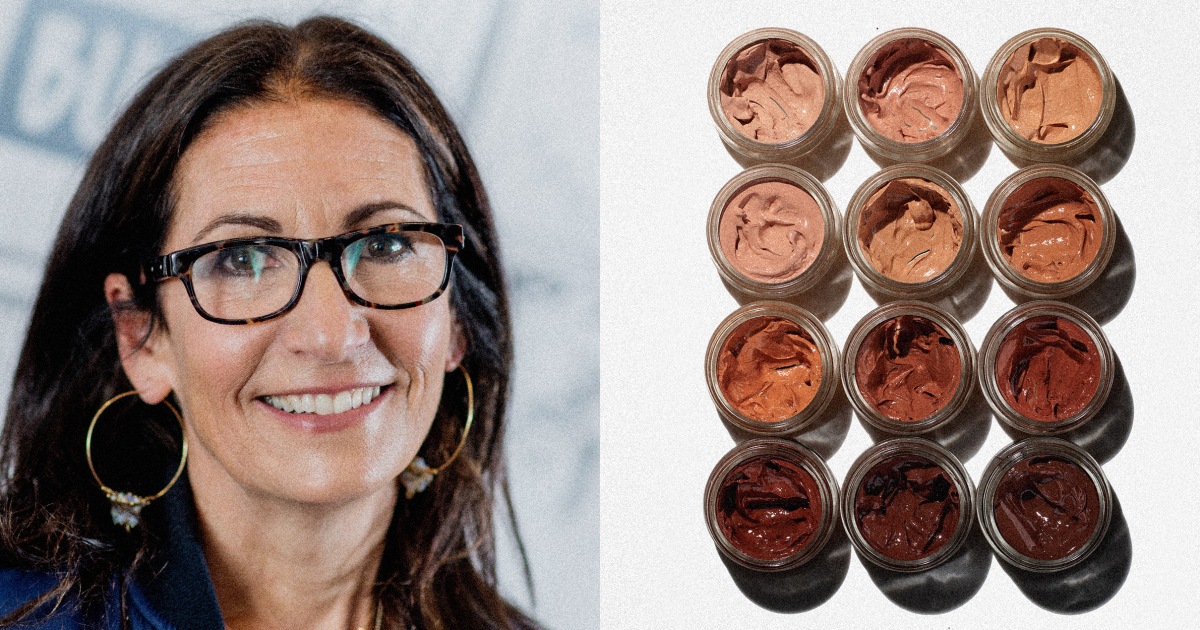 After an influencer's poor review of a new Bobbi Brown foundation product went viral, the makeup artist and founder behind the brand responded by parodying the video. Bobbi Brown's new brand Jones Road is centered around "clean" makeup products to create more natural looks, according to the brand. The "What The Foundation" tinted moisture balm…

After an influencer’s poor review of a new Bobbi Brown foundation product went viral, the makeup artist and founder behind the brand responded by parodying the video.

Bobbi Brown’s new brand Jones Road is centered around “clean” makeup products to create more natural looks, according to the brand. The “What The Foundation” tinted moisture balm is a hydrating alternative to traditional foundations, and claims to leave the user with an “even, fresh complexion that looks like your skin on its best day.”

The foundation has received mixed reviews from TikTok’s beauty creators, but one especially negative review from makeup artist Meredith Duxbury has made the product viral.

Duxbury, known online for creating heavy glam looks, posted a review earlier this month, that has inspired parodies from people across TikTok, including Brown herself.

The backlash — initially against Jones Road following Duxbury’s video, and then against Duxbury after Brown’s video — has sparked discussion online about whether people should trust influencer reviews.

The video that started it all

In her video, Duxbury, who describes herself as the “foundation queen,” scoops a generous dollop of foundation out of the jar and slathers it over her face like a thick lotion.

“I’m not sure what to make of this consistency,” she says in the review.

When she tries to blend it out with a makeup sponge, the product comes off in patches.

“It’s gonna be a no from me,” she concluded the review, which now has 13 million views on TikTok.

Duxbury’s video quickly generated buzz from others online who began parodying her “technique.” Some compared Duxbury to the “peanut butter baby” who went viral on Vine years ago. Others simply tried out the technique using a different product. Makeup artist Robert Welsh, tried it out with an old lipstick, captioning his video, “I really wanted to like it, too.”

Duxbury did not immediately respond to request for comment.

Meanwhile, Brown responded to the negative review by posting two videos on her TikTok account.

Brown: ‘WTF isn’t for everyone’

In one video, Brown suggests using the product sparingly, alluding to the amount Duxbury used. “Because it has beautiful oils infused, it gives a nice glowy finish. It will absorb into the skin,” she says in the video. “Oil is the best thing for dry skin. If you have oily skin, you might not be someone that likes the finish of What The Foundation. Also if you like full coverage, you’re not going to like What The Foundation.”

On Tuesday, Brown posted another video appearing to parody Duxbury’s review by using the “new makeup technique” seen in Duxbury’s videos. She takes two thick handfuls of the foundation and slathers it onto her face like Duxbury did in her review. “Hmm, didn’t really work,” Brown says.

In a statement, Brown said that the parody video “happened spontaneously” while she and her team were shooting educational videos about What The Foundation.

“At the end of the shoot, we decided to have a little fun with it,” Brown said. “I have tremendous respect for Meredith and all the makeup artists and influencers who are crushing it on TikTok and I’m grateful she tried to product.”

Duxbury is notorious for using heavy foundation in her reviews, but other makeup artists and influencers had mixed responses to What The Foundation, even when used correctly.

Esthetician and skincare creator Tyler Hysko praised the foundation as “awesome for dry or mature skin,” and demonstrated blending it into his face using a dry makeup sponge. The vlogger known as iamsohello said she was skeptical of the foundation’s limited shade range, but was impressed with how well it melted to match her skin tone. Beauty creator Gisele Ayora described the foundation as “glorified vaseline,” and said she’d probably like it more during the winter when her skin is more dry, but still had her reservations about daily use. And while lifestyle creator Thatsotee criticized the product for feeling “sticky,” she ultimately praised it as a “banging foundation” for how good it looked six hours after applying it.

Others encouraged viewers to think critically about whose opinions and recommendations they trust.

Not every single product has to work for you, but you also don’t have to tear it to shreds on a platform where millions and millions of people are seeing this

Makeup artist Jenn Aedo urged viewers to follow beauty creators who are “around your same age and do the type of makeup you like to do.”

She also pushed brands to research influencers and the type of makeup they typically use before sending them products to review. Someone who does “full-coverage looks and full glam on the eye” wouldn’t like natural products, she said.

“This is another reason why I think makeup artists are actual better influencers, because they know what products will work for what skin type and what age group,” Aedo added.

TikTok creator and former makeup artist Julesontherox said that influencers should “consider whether a product is suitable” for them before choosing to review it. Beauty products aren’t made to fit everyone’s needs, she noted, and influencers should be aware of the demographic they’re part of before reviewing products. Brown’s products are a tailored to a “very specific type of makeup and a very specific type of clientele.”

“Just because that’s not up to trend, that’s OK,” Julesontherox said. “Not every single product has to work for you, but you also don’t have to tear it to shreds on a platform where millions and millions of people are seeing this.”

Duxbury has continued to post “full glam” looks on TikTok, and has continued using generous amounts of foundation to do so. She recently responded accusations that she only uses so much product for shock value, and disputed claims that she removes most of the foundation before completing the look.

“I definitely don’t have time to be removing foundation between cuts haha,” she commented on her video posted Wednesday. “My life is too busy for that.”