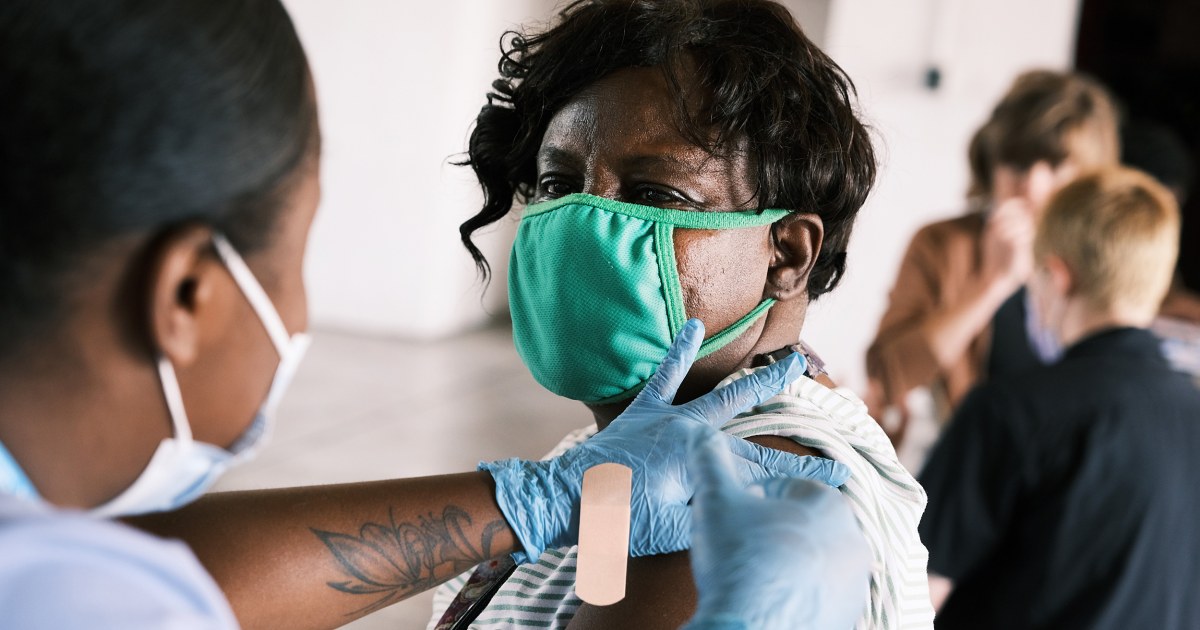 Covid-19 killed a disproportionate number of the country's Blacks, Latinos and Native Americans during the pandemic last year, while the disease also exacerbated health disparities among those groups, a new study concludes.An estimated 477,200 more people died, due to Covid-19 and other reasons, between March and December 2020 compared to the same time in 2019,…

Covid-19 killed a disproportionate number of the country’s Blacks, Latinos and Native Americans during the pandemic last year, while the disease also exacerbated health disparities among those groups, a new study concludes.

An estimated 477,200 more people died, due to Covid-19 and other reasons, between March and December 2020 compared to the same time in 2019, according to a study led by researchers with the National Cancer Institute published Monday in Annals of Internal Medicine.

Overall deaths of male and female Blacks, Latinos and Native Americans were 2 to 3 times higher compared with white and Asian male and females during the 2020 period assessed, when population per 100,000 persons were accounted for, the study said.

Of the 477,200 “excess deaths” in 2020, 351,400 — or about 74 percent — died from Covid as the underlying cause, researchers said. Researchers found that Native American, Black and Latino deaths from Covid were at least twice as likely to die than their white counterparts.

The disparities were similar when factoring in the 61,200 deaths that weren’t attributed to Covid, the study said. According to the study, deaths among Native Americans and Blacks were three to four times more than those of whites, while Latino deaths were almost twice as high as those of whites.

Meredith Shiels was an investigator at the National Cancer Institute and the lead of the study. She said Tuesday in an email that the unintended consequences of the pandemic in Native American, Latino, and Black communities highlights the need to address “longstanding structural inequities.” These findings warn us that there will be a severe increase in racial/ethnic disparities all-cause mortality, as more long-term data become available,” she stated. “Although vaccination rates accelerated rapidly during the spring of 2021, racial/ethnic inequities continue and will further drive mortality disparities if not addressed with urgency and cultural competence, as has been done by tribal communities. “

Blacks, Latinos and Native Americans also were dying at higher rates — although there were increases among all groups — due to medical conditions such as diabetes, heart disease and Alzheimer in 2020, per the study.

In total, 2. 88 million people died in the time analyzed by the study in 2020. To reach their conclusions, researchers used death certificates from the U.S. Centers for Disease Control and Prevention along with estimates of the population from the Census Bureau. The study identified structural inequalities as the main reason for the negative effects of the pandemic on many communities of color.

“Racial/ethnic disparities in COVID-19 risk, hospitalization, and death have been attributed to structural and social determinants of health with established and deep roots in racism,” the study said.

The study mentioned specific social barriers among Blacks, Latinos and Native Americans that contributed to the disparities.

“Black and Latino persons are more likely to have occupational exposures to COVID-19 than White persons; they also are more likely to live in multigenerational households and more densely populated neighborhoods and have less access to health care and private transportation,” researchers said.

“Alaska Native reservation-based communities face an increased risk of infection because they lack infrastructure and are chronically underfunded in health care. Equitable vaccine distribution is needed to prevent further exacerbation of racial/ethnic disparities in COVID-19 risk and mortality. “

The study emphasized increasing vaccination rates as a key weapon in reducing disparities. Vaccination hesitancy among Black and Latino communities were an impediment during the rollout last year, officials said.