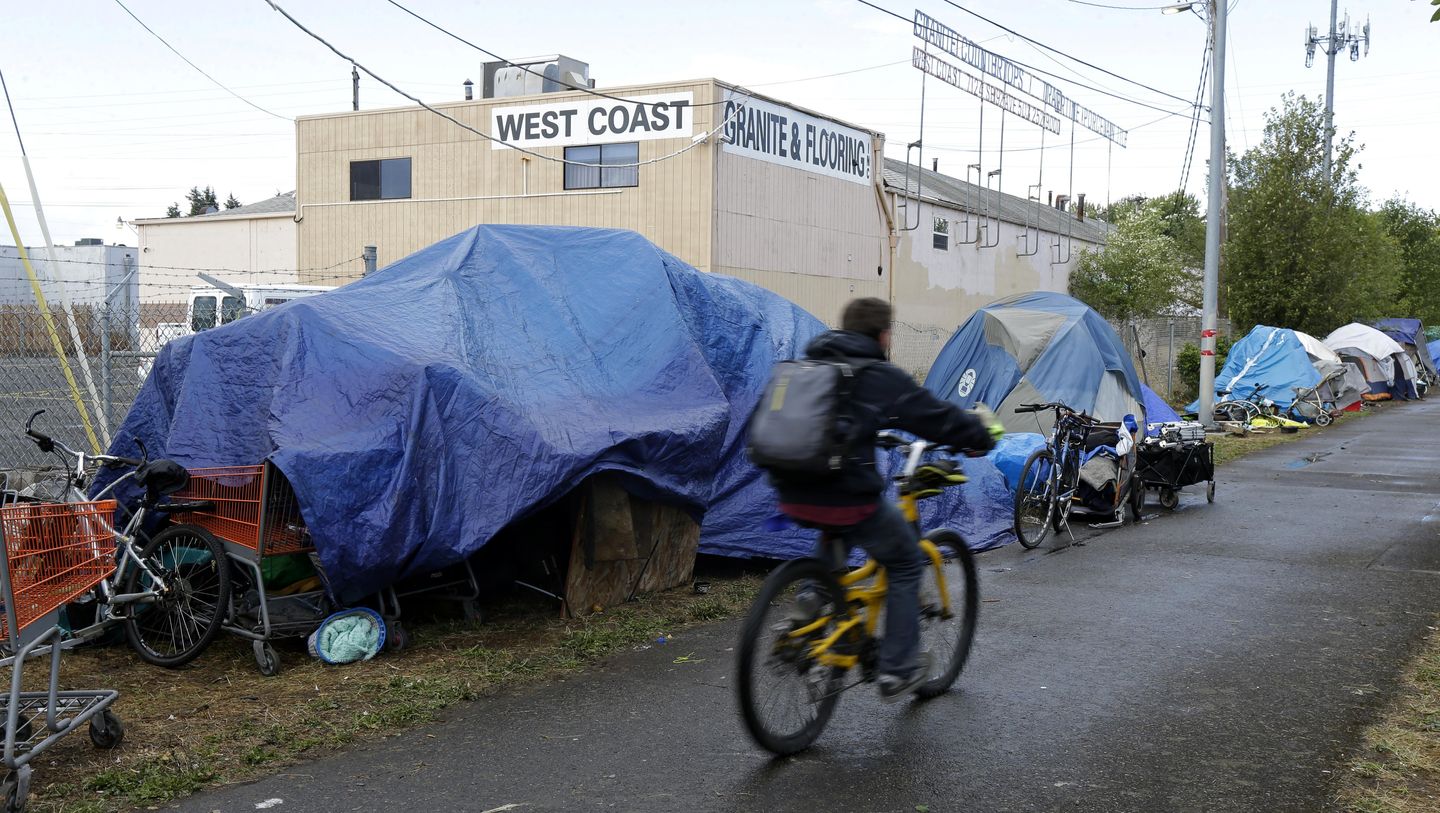 NEWS AND OPINION: A worrisome icon of decades past has resurfaced and is worsening. Unregulated shantytowns persist around the nation — made up of tents, tiny houses, RVs or ramshackle shelters. The trend could be identified with President Biden, some say. “It is just a matter of time before signs start sprouting up in the…

A worrisome icon of decades past has resurfaced and is worsening. Unregulated shantytowns persist around the nation — made up of tents, tiny houses, RVs or ramshackle shelters. The trend could be identified with President Biden, some say.

“It is just a matter of time before signs start sprouting up in the homeless areas of America proclaiming the existence of Bidenville,” advises presidential historian and author Craig Shirley.

“We had widespread destitution under Herbert Hoover, just as we do today under Joe Biden. The poverty was indescribable. The world looked to be all black and white. No green. No sunlight. No hope. The dark humor at the time led newspaper writers to call them Hoovervilles. Utter destitution. Every day was worse than the previous, just as under President Biden,” Mr. Shirley tells Inside the Beltway.

“Shantytowns of grinding poverty were spread across America in the late 1920s and into the 1930s. John Steinbeck wrote about them as did other Depression-era authors. Millions of people huddled together, eking out a miserable existence. Sickness, homeless, disease and starvation spread, just as today. The plight and suffering was widespread — and it lasted for years,” Mr. Shirley continues.

“Mark Twain was right. History may not repeat itself, but it does rhyme, he once said. Mindless liberalism has led to the new Bidenvilles,” the historian advises.

The Conservative Political Action Conference — CPAC for short, of course — is taking its upbeat and forward-thinking message to the Lone Star State in a matter of weeks.

“CPAC Texas will host thousands of conservatives and feature dozens of conservative leaders, policy makers, and media personalities, with a keynote speech from former President Donald Trump,” the organization said in an announcement shared with Inside the Beltway.

Find the details at CPAC.org.

MURPHY HAS A SAY

Gov. Phil Murphy, New Jersey Democrat, is the newly elected chairman of the National Governors Association, and now reveals that the mental health of America’s young people is his primary initiative in office — an issue he considers “bipartisan.”

Mr. Murphy also has a pair of action items for the Democratic Party itself.

“Two things; Focus on the kitchen table — affordability, opportunity, rekindling the American dream, number one,” he told Fox News in a new interview.

“And number two, stand firm on values, whether it’s gun safety, whether it’s reproductive freedom, whether it’s voting rights, defending our LGBTQIA community, defending the environment — our precious environment. Whatever it might be, get to that kitchen table, focus on affordability and opportunity and stand strong by our values,” Mr. Murphy told the network.

He predicted that Democrats could coast to triumph in the midterm elections.

“I think if we do both of those two things, we’ll be able to skate through this. It won’t be easy, but I believe we will be able to,” the governor said, adding that he supports President Biden “a thousand percent” if he runs for reelection in 2024.

“I think the party will absolutely rally around the president,” Mr. Murphy predicted.

Apple TV+ has produced a new documentary series set to premier in the fall. The title is “Gutsy.” The eight-part series will follow former Secretary of State Hillary Clinton and her daughter Chelsea Clinton “as they celebrate the gutsy women who inspire them,” the streaming service advised in a snappy press release.

“Based on the Clintons’ acclaimed New York Times bestselling book, ‘The Book of Gutsy Women,’ the docuseries features Hillary and Chelsea as they embark on a thought-provoking journey to speak with pioneering women artists, activists, community leaders and everyday heroes who show us what it truly means to be gutsy. The series shows Hillary and Chelsea as you’ve never seen them before,” Apple TV advised.

“Joining the Clintons are some of their personal heroes, extraordinary, courageous and resilient women who have made an impact in their community and on the world, including Kim Kardashian, Megan Thee Stallion, Jane Goodall, Gloria Steinem, Wanda Sykes, Amy Schumer, Goldie Hawn, Kate Hudson and many more,” the network said.

Well, there you go.

PROGRESSIVES HAVE A SAY

Our Revolution — a nonprofit grassroots organization spun off from Sen. Bernie Sanders’ 2016 presidential campaign — has its own observations about the Democratic Party.

“As corporate Democrats sabotage their own prospects for the midterms, we’re growing progressive power at every level of government so eventually, we’ll outnumber them — and can override their complacency and complicity in blocking progress,” the group predicted in a policy statement shared with Inside the Beltway.

The outreach also asks progressives to weigh in and “tell us how the Democratic Party needs to change” with a survey that asks respondents to pick priority issues for Democrats, ranging from includes measures to limit the role of “big money” and “corporate consultants,” to ensuring that primary elections are “open to unaffiliated voters.”

Curious about this challenge to Democrats? Find them at OurRevoution.com.

• 9% of U.S. adults have “a great deal” of confidence in public schools

• 19% have “quite a lot” of confidence in public schools.

• 31% have “very little” confidence in the schools.