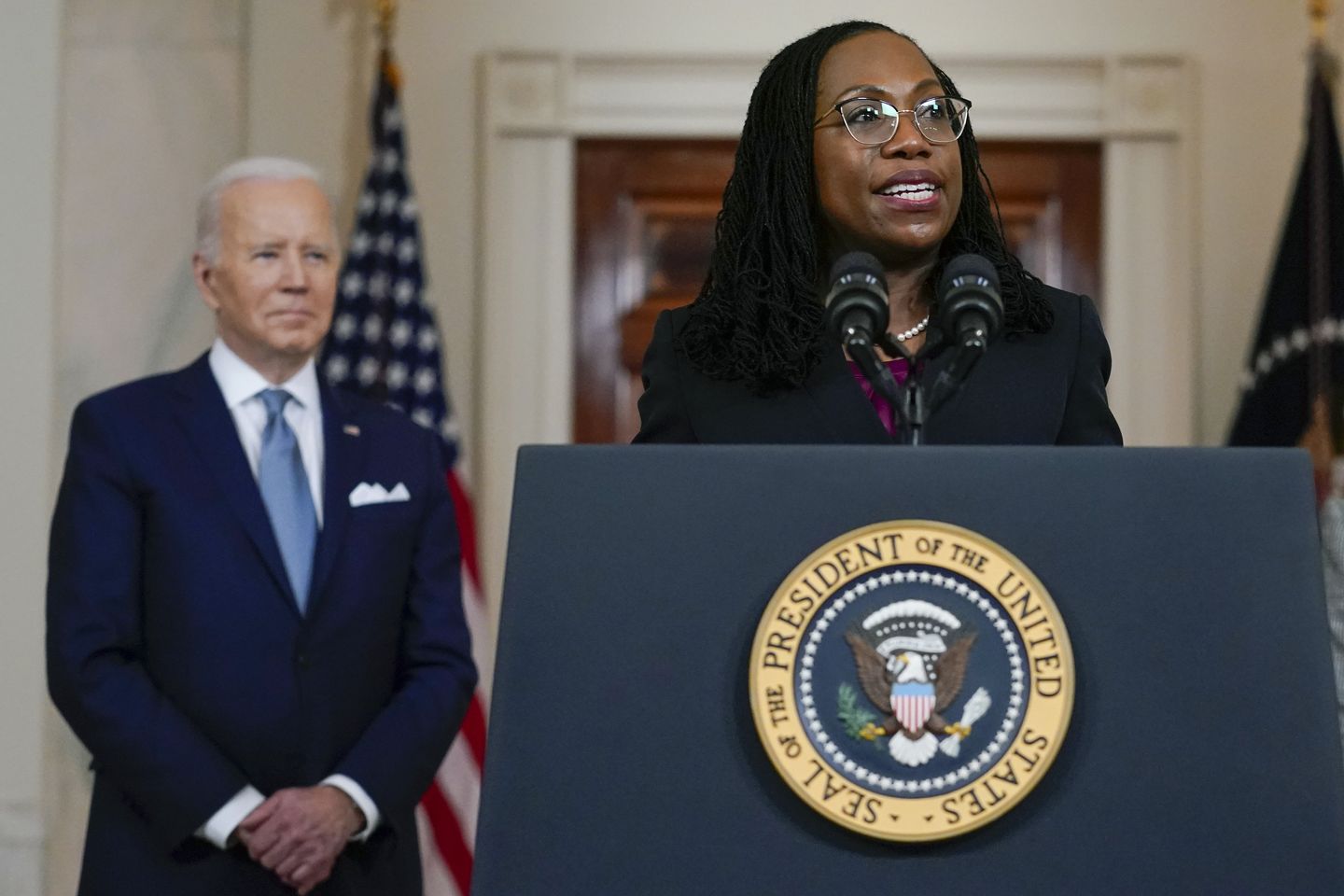 President Biden took office in January 2021 with clear instructions about undoing his predecessor’s impact on the federal judiciary. Weeks earlier, more than 70 liberal groups issued a statement urging Mr. Biden to appoint judges who would advance “the administration’s priorities” on a range of issues. Their demand became Biden’s plan and, while a lot…

President Biden took office in January 2021 with clear instructions about undoing his predecessor’s impact on the federal judiciary. Weeks earlier, more than 70 liberal groups issued a statement urging Mr. Biden to appoint judges who would advance “the administration’s priorities” on a range of issues. Their demand became Biden’s plan and, while a lot of attention is focused on his first Supreme Court nominee, he already has made significant progress in pushing the judiciary in that more liberal, politicized direction.

The Constitution requires the Senate’s “Advice and Consent” before a president can appoint those he has nominated. This role was supposed to identify “unfit characters” who, for “special and strong reasons,” should not be appointed. Both political parties embraced this design and, between 1789 and 2000, the Senate confirmed 97% of judicial nominees with no opposition and 96% without a recorded vote.

In addition, during the 20th century, senators of one party opposed an average of just 1% of judicial candidates nominated by a president of the other party. The Senate took an extra vote to invoke cloture, or end debate, on an even smaller percentage of nominees. Since the turn of the 21st century, however, each of these confirmation process norms has radically changed. Today, resistance and opposition have become the rule rather than the exception.

This transformation was especially dramatic during the Trump administration. Only 22% of President Trump’s judicial nominees were confirmed without opposition or a recorded vote, the average Democrat voted against a majority of Trump nominees, and Democrats forced the Senate to take a cloture vote on 80% of them.

A report from the Heritage Foundation documents how this trend has continued since Mr. Biden took office. In his first year, not a single judicial nominee was confirmed without opposition or without a cloture vote, and the average Republican voted against 74% of Mr. Biden’s nominees.

Despite this volatility, the president appointed 67% more judges in his first year than the average of his six predecessors. Put differently, Mr. Biden appointed nearly 5% of the federal judiciary in 2021, compared to an average of 3% during those previous presidents’ first year. This is especially significant since there were 65% fewer vacancies when he took office than the historical average. He was able to appoint so many judges because a record number of judges decided to leave active service during Mr. Biden’s first year.

Mr. Biden and his liberal allies like to highlight the personal and professional “diversity” of his judicial nominees, but this emphasis is not what it seems. If it were, more than 40 Democrats would not have voted to filibuster, and then to oppose, Mr. Trump’s appointment of the first Asian-Americans appointed to the U.S. Court of Appeals in two circuits. When he was a senator, Mr. Biden himself voted six times to filibuster the nomination of Miguel Estrada and twice the nomination of Janice Rogers Brown to the same court on which his Supreme Court nominee sits today, the U.S. Court of Appeals for the D.C. Circuit.

No, diversity is actually a means to an end. Research by Harvard professor Maya Sen shows that judges with certain personal characteristics and professional experience are more likely to rule a certain way in particular kinds of cases. Those results, after all, are what really matter to Mr. Biden and his liberal allies. The judicial ends justify the political means.

The Senate will narrowly approve Ketanji Brown Jackson, Mr. Biden’s Supreme Court nominee, within a week or so and will then return to the task of transforming the rest of the federal judiciary. If Mr. Biden’s first year is any indication, the machinery within the administration for identifying nominees and the Senate’s process for approving them is greased and ready to go.

• Thomas Jipping is a senior legal fellow in The Heritage Foundation’s Meese Center for Legal and Judicial Studies.