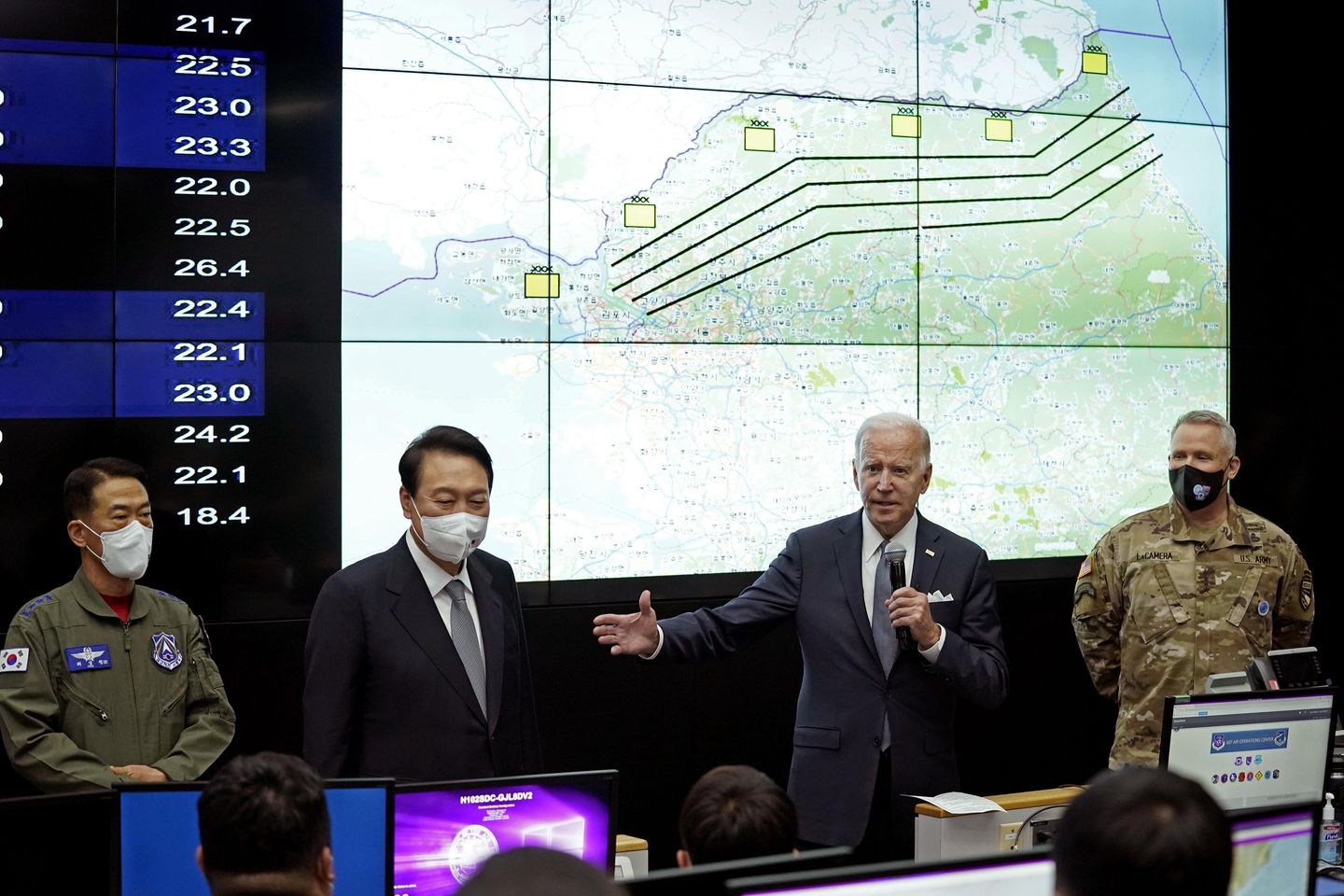 President Biden’s embrace of an Obama-era policy of “Strategic Patience 2.0” toward North Korea isn’t working, according to a leading Senate Republican voice on foreign policy, who argues the administration needs to take a more active stance on the ballistic missile and nuclear weapons threat emanating from Pyongyang. “I don’t believe the Biden administration has…

President Biden’s embrace of an Obama-era policy of “Strategic Patience 2.0” toward North Korea isn’t working, according to a leading Senate Republican voice on foreign policy, who argues the administration needs to take a more active stance on the ballistic missile and nuclear weapons threat emanating from Pyongyang.

“I don’t believe the Biden administration has prioritized the threat of a nuclear North Korea,” Indiana Sen. Todd Young, a member of the Senate Foreign Relations Committee, said Tuesday to “The Washington Brief,” a monthly virtual forum hosted by The Washington Times Foundation.

Mr. Young, known for conservative values but also his willingness to reach across the aisle on national security, praised Mr. Biden’s recent visit to South Korea and Japan, but stressed the president has yet to develop a comprehensive, coherent strategy for dealing with North Korea at a moment when U.S. intelligence warns a new North Korean nuclear test may be imminent.

“U.S. policy in recent years has not been clear on what the goals of U.S. policy are or how we will attain them, and I believe this needs to change,” he said. “The American people rightfully demand not just competency, but also coherence in our foreign policy.”

While the administration has focused on other foreign policy crises from the Afghan withdrawal to the Russian invasion of Ukraine, Mr. Young said the lack of focus on the North Korea threat risks “showing other malign regimes around the globe that we are asleep at the wheel as they seek their own nuclear arsenal[s].”

His comments came amid signs that the administration is seeking to increase military-to-military coordination between the U.S. and South Korea, where newly inaugurated South Korean President Yoon Suk Yeol has called for stronger alignment between Seoul and Washington in response to escalating North Korean nuclear and missile threats, as well as to China’s expanding pressure tactics against smaller countries in Asia.

SEE ALSO: Ukrainian President Zelenskyy: Stalemate with Russia is not an option

The South Korean and U.S. militaries flew 20 fighter jets over waters off South Korea‘s western coast Tuesday in a show of force as a senior U.S. official warned of a forceful response if North Korea goes ahead with its rumored first nuclear test explosion in nearly five years.

The flight came a day after the allies fired eight surface-to-surface missiles into South Korea’s eastern waters to match a weekend missile display by North Korea, which fired the same number of weapons from multiple locations Sunday in what was likely its biggest single-day testing event, according to a report by The Associated Press.

The Biden administration has vowed to push for additional international sanctions if North Korea goes ahead with the nuclear test, but the prospects for meaningful new punitive measures are unclear with the U.N. Security Council divided.

Analysts say North Korea tested an intercontinental ballistic missile (ICBM) on May 25 capable of reaching the U.S. mainland. The more recent launches of shorter-range missiles on Sunday brought the total number of missile tests carried out this year by Mr. Kim Jong’s regime to 18.

Mr. Young said the accelerated pace of North Korean missile testing should serve as a warning sign to the U.S. and its regional allies.

“Events from just this weekend, the 18th test of this year, must be a wake-up call for the administration about the threat facing us from the North,” the senator said. “Going forward, we need to balance a coherent strategy of engagement with one of restraint in this vital region of the world.”

President Trump criticized the Obama administration’s “strategic patience” approach to the North, but Mr. Trump’s personal diplomatic outreach to Mr. Kim in a series of meetings failed to produce a denuclearization deal. Analysts say Mr. Biden has returned to the Obama approach, signaling it is ready for new talks with the North but waiting for Pyongyang to make the first move.

But instead of talks, Mr. Kim has responded with a series of escalating missile tests since the beginning of the year.

Asked during the panel discussion whether he thought Mr. Biden’s policy toward North Korea, dubbed “Strategic Patience 2.0,” is working, Mr. Young responded: “No it’s not working.”

“We should judge policies based on their outcomes,” he said. “I know there are a lot of distractions around the world which contribute to missile launches and other things, so there are exogenous factors. I recognize that the world’s a complicated place, But goodness gracious, 18? Eighteen launches so far this year? I think that’s demonstrative of the fact that this current policy is not working.”