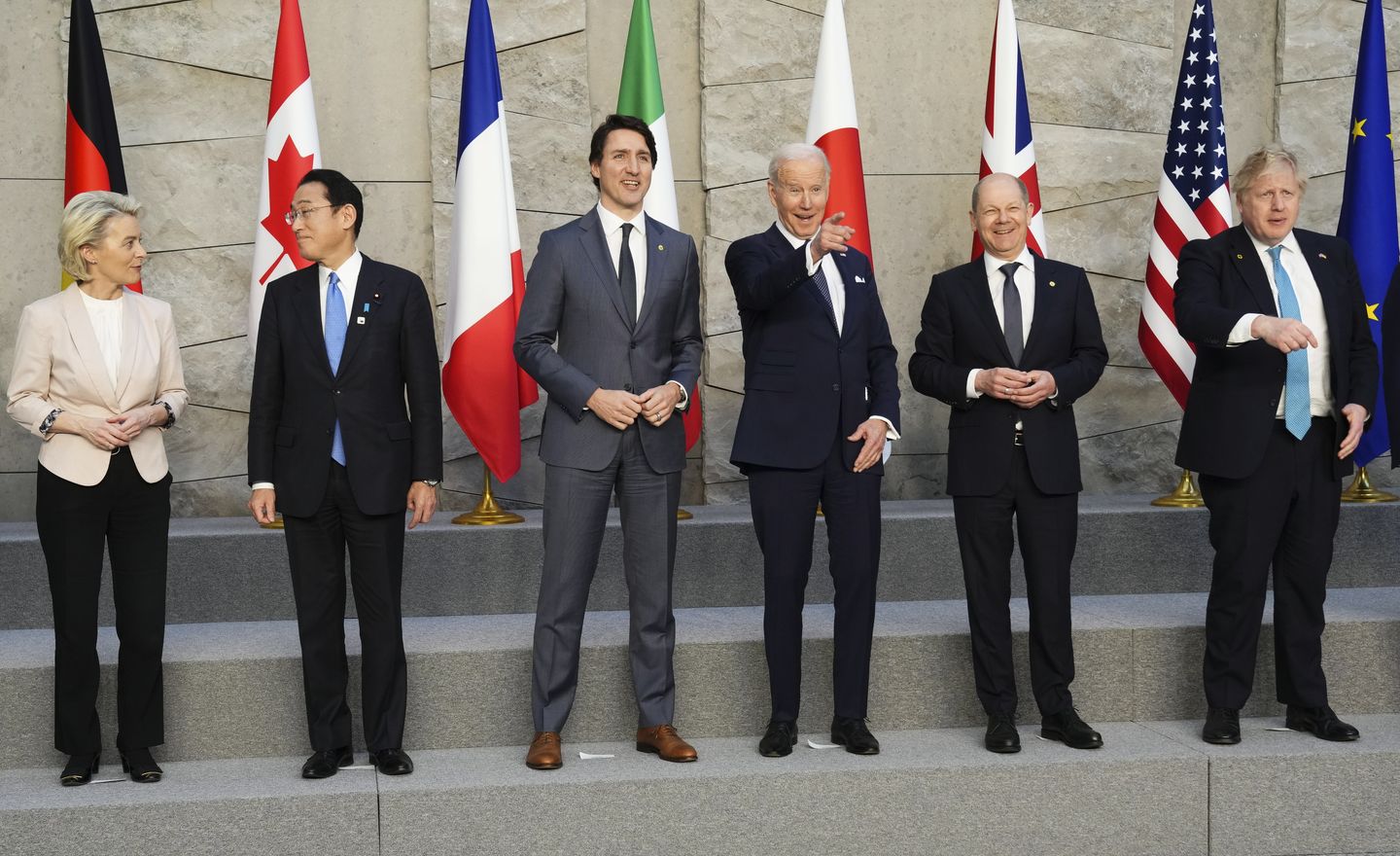 President Biden emphasized America’s commitment to Europe’s energy security Thursday following an emergency summit with NATO and European leaders in Brussels to discuss the Russia-Ukraine war. Mr. Biden and European Commission President Ursula von der Leyen announced the creation of a joint task force on energy cooperation. In a joint statement, they pledged to “address the…

Mr. Biden and European Commission President Ursula von der Leyen announced the creation of a joint task force on energy cooperation. In a joint statement, they pledged to “address the immediate energy security needs of the EU and accelerate the clean energy transition.”

The EU plans to phase out Russian oil and natural gas, which the region depends on, before the end of the decade, they said.

“We understand that the rapid transition to clean energy is essential to advancing EU independence from Russian fossil fuels and are committed to meeting the goals of the Paris Agreement, the objective of net zero emissions by 2050 and keeping a 1.5 degrees Celsius limit on temperature rise within reach,” they said.

The threat of Moscow using its dominance of the energy market as leverage against Europe has long been a concern, but Russian President Vladimir Putin’s war on Ukraine has propelled the issue to the forefront of U.S.-EU relations.

European leaders are banking on the U.S. to help them significantly reduce the continent’s dependency on Russian energy with increased shipments of liquified natural gas (LNG) from America. Mrs. von der Leyen earlier this week said she wanted Mr. Biden “to prioritize LNG deliveries” to reach “a commitment for additional supplies for the next two winters.”

Mrs. von der Leyen wants the U.S. to play a large role in helping the 27-nation coalition, where energy prices are far higher than in America, ban together to stow away at least 80% capacity in their natural gas storage facilities in a concerted effort to prepare for next winter.

The EU imports roughly 90% of its total natural gas with 40% coming from Russia, making it difficult to completely ditch Russian energy. The U.S. has become the largest LNG exporter in the world over the last three months thanks to new exports to the EU, a major win for the U.S. LNG industry.

It’s also a win for former President Donald Trump. While in office, he advocated for making U.S. LNG a viable alternative to Russian energy in Europe, though cheaper Russian natural gas made the plan impractical. The Russia–Ukraine war and spiking energy prices have changed that.

Still, the request for a sharp increase in new LNG will be a tall order for the Biden administration to fill anytime soon.

The government has limited control over a private LNG industry that analysts say is already at full capacity. Also, ramping up new drilling or export permits would take years to have an impact.

“It’s important to be realistic about what can be done in the near time,” said Dustin Meyer, vice president of natural gas markets for the lobbying firm American Petroleum Institute. “Expansions are possible in the coming years, but newer significant capacity will take a couple of years to come online.”

Europe has a lot of work to do to get away from Russian energy entirely, which it has pledged to do by 2027. It will require a fundamental reshaping of the way the continent gets its energy.

Mr. Biden also would have to commit to helping the U.S. LNG industry increase production, which is what the gas industry wants to see.

That stance, however, would run contrary to Mr. Biden’s climate agenda. Doing so would increase confidence among companies that expensive investments now will pay off in the future.

A “clear and consistent” permitting process for LNG exports is also vital, Mr. Meyer said, which he said had been lacking until recently.

The Department of Energy approved two long-awaited LNG exporting permits last week. Four additional permits remain on the back burner, which if approved could increase LNG exports by 20%, according to the American Exploration and Production Council that advises oil and natural gas companies.

It would take anywhere from months to years for a full-scale increase once approved.

Republicans have for years tried to expand LNG exports to Europe, with a renewed push amid the Russia–Ukraine war. Mr. Trump also sought to increase exports to undercut Russia’s influence. LNG exports during the Trump administration increased roughly six-fold during his tenure, according to the Energy Information Administration.

“The administration needs to start leading from the front,” said Sen. John Barrasso of Wyoming, the ranking Republican on the Energy Committee. “Our allies in Europe realize what a terrible mistake it was to rely on your enemies for your energy, and they realize energy security is much more important than climate zealotry.”

Mr. Biden, congressional Democrats and EU leaders remain wary of the climate impact from LNG. The White House shelved a potential review for how the U.S. could ramp up how much it sends to Europe due to environmental concerns, Reuters reported this month.

Democrats have echoed similar greenhouse gas emissions concerns associated with natural gas, in addition to placing the onus on private energy companies rather than the federal government to boost production.

“We should, frankly, be all getting off of oil and fossil fuels, and this is yet another lesson or message that we need to do that,” said Sen. Mazie Hirono, Hawaii Democrat and member of the Senate Energy Committee. “I’m concerned that this could turn into a license for the fossil fuel guys to just keep drilling and continue our reliance on fossil fuels.”