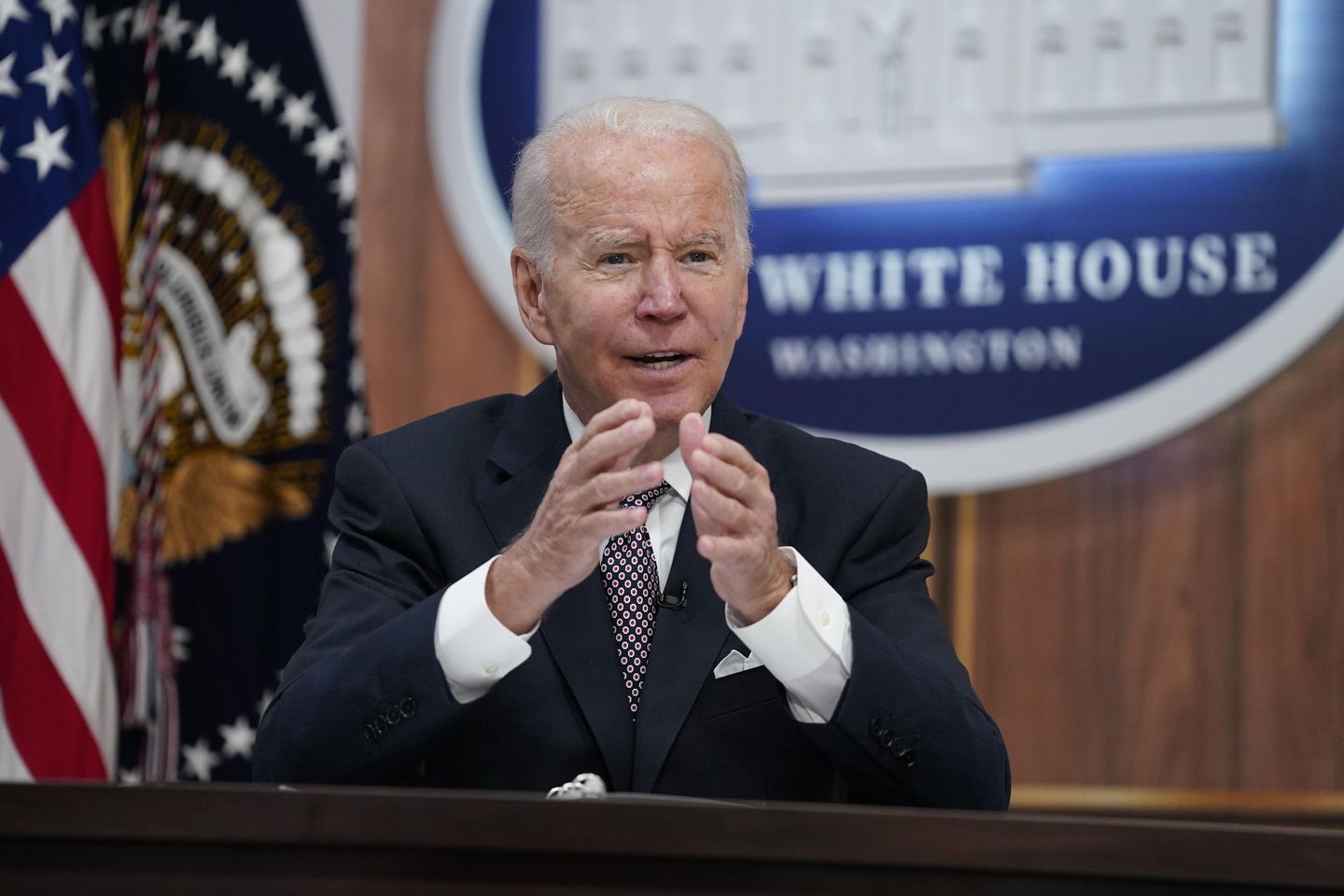 President Biden is prepared to announce executive actions to combat the threat of climate change, say lawmakers who have spoken to the president and are urging him to act unilaterally now that Congress’ negotiations on green energy legislation have fallen apart. Mr. Biden is expected to announce steps he will take to reduce carbon emissions…

President Biden is prepared to announce executive actions to combat the threat of climate change, say lawmakers who have spoken to the president and are urging him to act unilaterally now that Congress’ negotiations on green energy legislation have fallen apart.

Mr. Biden is expected to announce steps he will take to reduce carbon emissions as soon as Wednesday when he visits the shuttered Brayton Point power plant in Somerset, Massachusetts, to talk about what he is calling a climate crisis.

“I don’t know the exact words the president is going to use, but I think that Joe Biden is poised to use his commander-in-chief authority to invoke a domestic mobilization against the climate crisis,” said Sen. Ed Markey, Massachusetts Democrat.

The Massachusetts power plant, formerly one of the largest electricity producers in New England, is undergoing a conversion from coal to wind power and will serve as a backdrop for Mr. Biden’s call for more renewables in the power grid.

Democrats have been urging the president to not only act on reducing carbon emissions but also to declare a climate emergency, which would give him the power to implement significant changes to energy production and consumption.

The president won’t announce a climate emergency on Wednesday but may do so in the future, said White House press secretary Karine Jean-Pierre.

“Everything is on the table but it is just not going to be this week on that decision,” she said.

Instead, the president will “underscore the historic, clean energy investments his bipartisan infrastructure law will make in Massachusetts and announce additional actions he will take to tackle the climate crisis and secure a clean energy future.”

Although Mr. Biden has declared climate change an emergency, he has not made an official declaration under the National Emergencies Act.

“I called for him to call it a climate emergency and I still believe that,” said Senate Majority Leader Charles E. Schumer, New York Democrat.

A climate emergency declaration would give Mr. Biden the authority to take significant steps to combat emissions. Sen. Sheldon Whitehouse, a Rhode Island Democrat, said the declaration is essential for Mr. Biden to take steps now to combat climate change damage “before these consequences pile up in a way that is out of control.”

Republicans on Capitol Hill scoffed at the plan and questioned whether Mr. Biden has the legal authority to do it.

Democrats say the climate is such a dire threat that the nation cannot wait for Congress to pass a bill. They are hoping Mr. Biden moves aggressively and to go as far as he can to implement changes.

“This isn’t something you can go back and fix with the bill and 2030,” Mr. Whitehouse said.

Mr. Whitehouse and fellow Democratic Sen. Jeff Merkley of Oregon told reporters this week that the president should invoke his emergency authority under the Defense Production Act to ramp up a massive production of solar panels. Mr. Whitehouse said at least 40 new production plants would be needed to produce the number of solar panels needed to sufficiently cut carbon emissions.

It’s a plan that would employ thousands of workers, Mr. Whitehouse said, akin to the World War II production of military aircraft and other equipment that helped the United States and the Allied forces defeat the Axis powers.

Mr. Whitehouse also wants the president to announce new carbon regulations for autos, trucks and industrial plants as well as implement a carbon border tariff, which would tax imports based on the amount of carbon emissions produced in making the product.

“That seems to me to be a pretty good model for investigating whether such a case could be brought against the decades of misrepresentation by the fossil fuel industry, and its armada of phony front groups,” Mr. Whitehouse said.

Mr. Schumer said the Senate is not giving up on green energy legislation despite Mr. Manchin’s resistance.

Democrats would need all 50 party lawmakers, including Mr. Manchin, to advance a green energy bill using a budgetary tactic that would circumvent a GOP filibuster.

“We are going to keep fighting on climate,” Mr. Schumer said. “It’s very, very important. It’s an existential threat to the globe. We’re urging the administration to do things that it can do administratively, and we’re going to look at everything that we can do.”