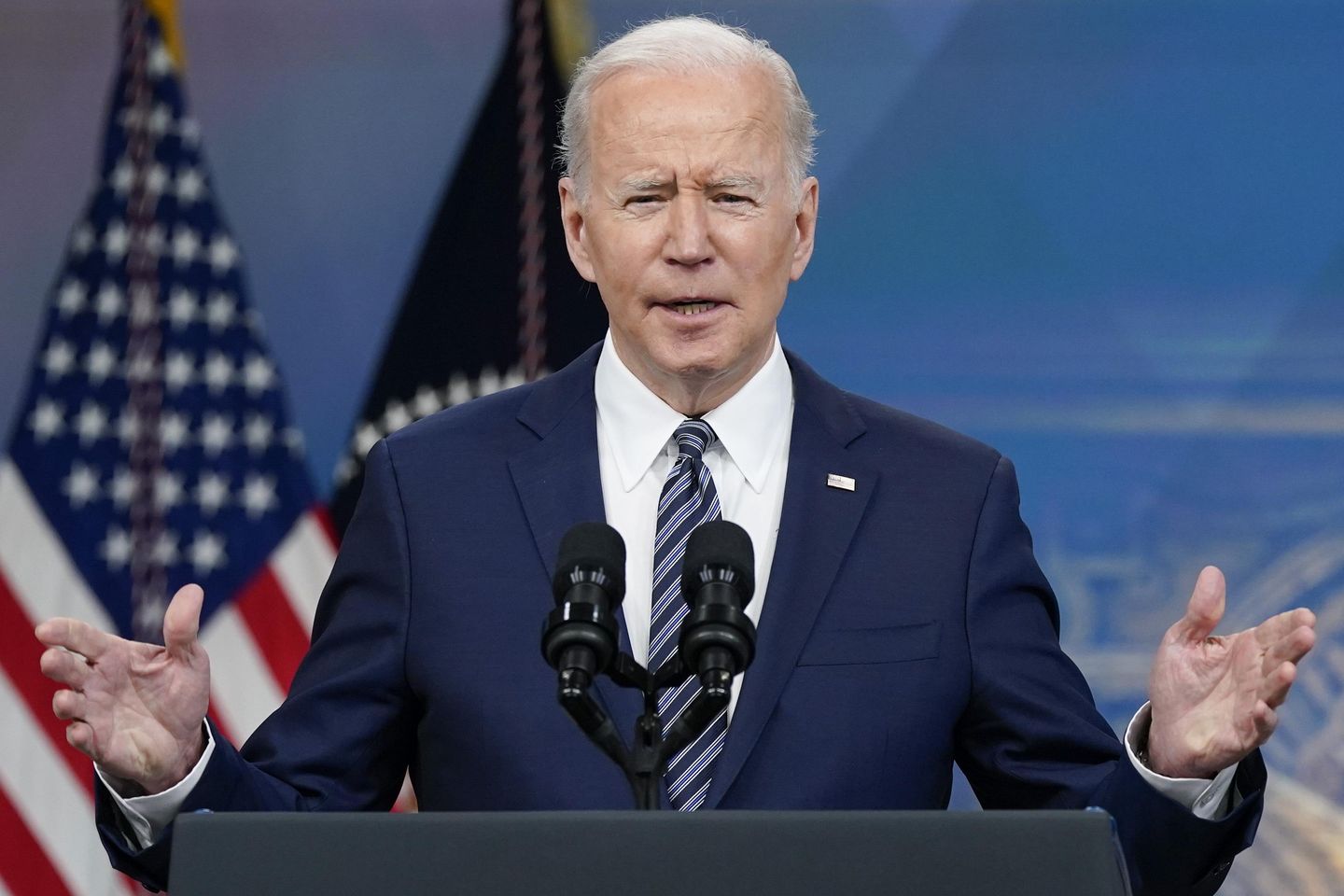 The White House pulled out the stops for the International Transgender Day of Visibility, announcing administrative changes and firing a warning shot at Republican-led states fighting the gender-identity agenda on health care, education and women’s sports. The Biden administration heralded the coming “X” gender option on U.S. passports and TSA PreCheck documents; flew the pink, white and…

The White House pulled out the stops for the International Transgender Day of Visibility, announcing administrative changes and firing a warning shot at Republican-led states fighting the gender-identity agenda on health care, education and women’s sports.

The Biden administration heralded the coming “X” gender option on U.S. passports and TSA PreCheck documents; flew the pink, white and blue transgender flag outside the Department of Health and Human Services; and touted the switch from “gender-based” to “gender neutral” airport screenings.

President Biden celebrated with a video message telling transgender people that “we have your back” and slamming what he called the “hateful bills” moving through red-state legislatures.

“We know it’s hard when there are those out there who don’t see you and don’t respect you,” Mr. Biden said. “For example, the onslaught of anti-transgender state laws. Attacking you and your families is simply wrong. This administration is standing up for you against all these hateful bills.”

Despite his opposition, such bills enjoyed a banner week. Florida Gov. Ron DeSantis kicked it off Monday by signing the Parental Rights in Education bill, which prohibits schools from teaching about gender identity and sexual orientation in grades K-3.

On Wednesday, Republican governors in Arizona and Oklahoma signed bills barring male-born athletes from participating in female sports, bringing the tally to 14. Other states are expected to follow. The Tennessee House passed a similar measure Thursday.

“S.B. 1138 delays any irreversible gender reassignment surgery until the age of 18,” he said. “The reason is simple and common sense: This is a decision that will dramatically affect the rest of an individual’s life, including the ability of that individual to become a biological parent later in life.”

Health and Human Services Secretary Xavier Becerra took aim at such laws with a guidance Thursday that “makes clear that states should use their child welfare systems to advance safety and support for LGBTQI+ youth, which importantly can include access to gender-affirming care.”

Gender-affirming care includes “top surgery,” or breast removal, and “bottom surgery,” or surgery on “genitals or reproductive organs,” according to a document posted by the HHS Office of Population Affairs.

To transgender Americans of all ages, I want you to know that you are so brave. You belong. I have your back. pic.twitter.com/mD4F0m3rU1

Education Secretary Miguel Cardona denounced the “growing number of state laws that bully and intimidate LGBTQI+ students and their families” after a closed-door roundtable with LGBTQ students and parents in Florida.

“To transgender students everywhere, I want you to know that we see you, we hear you, we recognize what is happening, and we’re here to support you,” Mr. Cardona said in a statement.

Mr. DeSantis was unphased. On Wednesday, he posted a video of his signing ceremony with the message “Florida parents aren’t backing down. I’m not backing down.”

Also pushing back Thursday were feminists and conservative women’s groups at a joint press conference to unveil the Women’s Bill of Rights, a document that seeks to “preserve biological sex as a distinct legal category” by defining “woman.”

The definition would not include transgender women who were born male.

“The Women’s Bill of Rights would ensure that our laws continue to recognize that there are legitimate reasons to distinguish between the sexes with respect to athletics, prisons, domestic violence and rape crisis services, restrooms, and other areas where biology, safety, or privacy are implicated,” said Lauren Adams, legal director of the Women’s Liberation Front.

The measure was spearheaded by the Women’s Liberation Front and the right-tilting Independent Women’s Forum and Independent Women’s Law Center, and backed by Concerned Women for America; the U.S. chapter of Women’s Declaration International, and Abigail Shrier, author of “Irreversible Damage: The Transgender Craze Seducing Our Daughters.”

Asked why the measure was announced on the International Transgender Day of Visibility, Independent Women’s Law Center Director Jennifer Braceras pointed out that Thursday was the last day of Women’s History Month and “women need to be visible in this country as well.”

“We have nothing against trans people making themselves visible or demanding respect, but as women, during Women’s History Month, we thought this would be a good time to come forward and stand up for women as a distinct biological and legal category,” she said.

The Transportation Security Administration announced that it would make updates to reduce pat-down screenings and upgrade its Advanced Imaging Technology to “enhance security and make TSA PreCheck enrollment more inclusive.”

“By replacing the current, gender-based AIT system, this new, more accurate technology will also advance civil rights and improve the customer experience of travelers who previously have been required to undergo additional screening due to alarms in sensitive areas,” the TSA statement said.

Kara Dansky, U.S. chapter president of Women’s Declaration International, accused TSA of “relaxing security so as not to be able to detect sex during security screenings, making it easier for terrorists to enter passenger areas of airports.”

“These are just a few examples of steps the Biden administration took today to obliterate sex and violate the rights and privacy and safety of women and girls,” she said.

The White House added a little star power with an appearance by transgender “Jeopardy” champion Amy Schneider, who said at a quick press briefing that “the more that people like me can be seen, the harder it is to sustain the myths that are driving a lot of this hate and fear.”

Ms. Schneider called the red-state bills “really scary” and said “these bills will cause the deaths of children” while predicting that the political tide is turning.

“I think that this backlash right now is temporary,” she said. “I think that the country overall is on our side and is getting more so every day, and I think it’s not going to be too long before these sorts of bills are seen as a thing of the past.”

• Tom Howell contributed to this report.