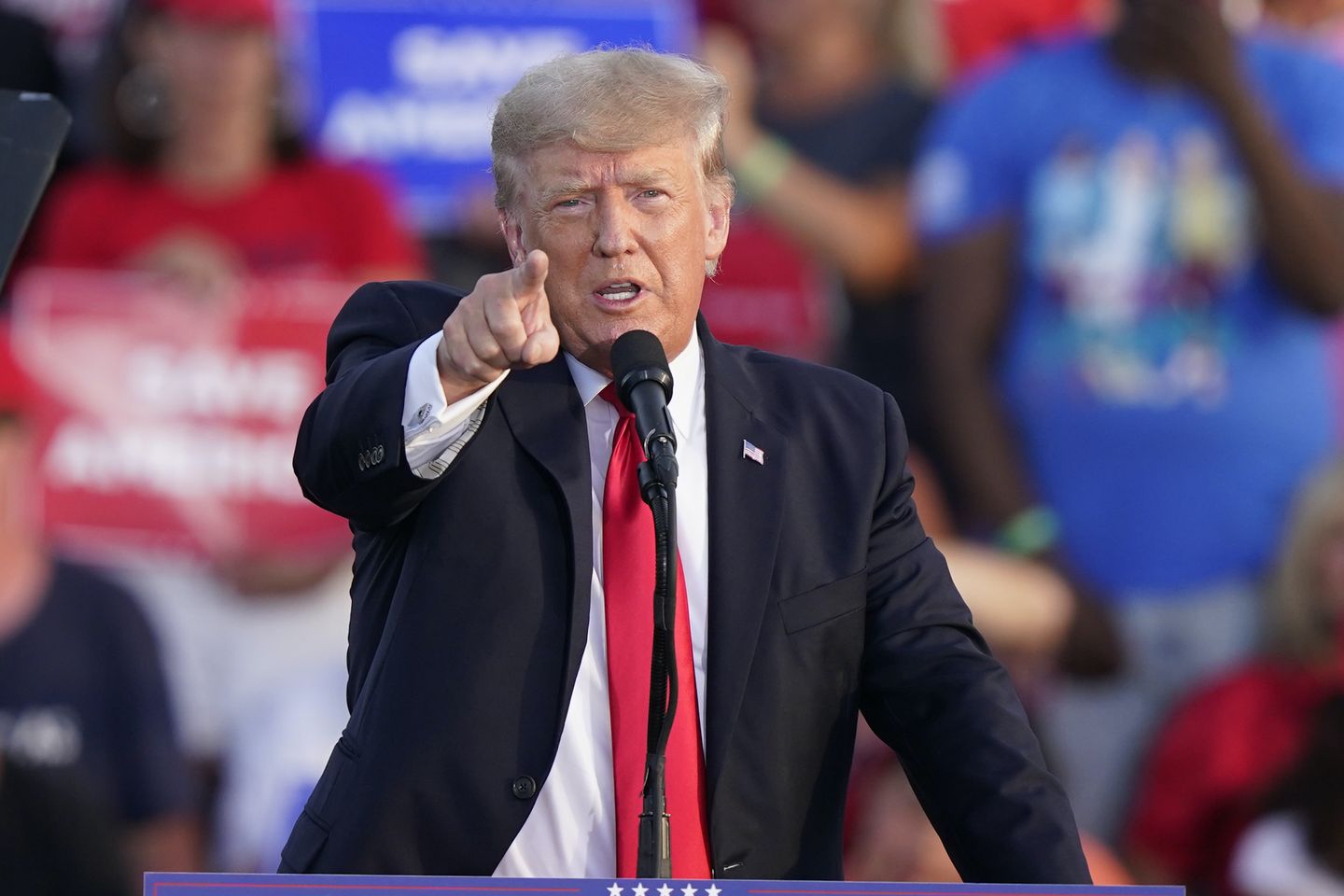 NEWS AND OPINION: President Biden seems to be stuck on the acronym “MAGA,” which is, of course, the short form of “Make America Great Again,” former President Donald Trump’s favorite campaign rallying cry. Mr. Biden’s latest flirtation with “MAGA’ took place in a speech this week in which he called Mr. Trump the ‘Great MAGA…

President Biden seems to be stuck on the acronym “MAGA,” which is, of course, the short form of “Make America Great Again,” former President Donald Trump’s favorite campaign rallying cry.

Yes, well. The more kindly “MAGA-nificient” or “MAGA-nanimous” would not suit Mr. Biden’s amped up Republican-bashing agenda, which some analysts say is an indicator that the president is plenty jittery about the 2022 midterm elections.

Mr. Biden also may have  forgotten that Mr. Trump remains both a businessman and entrepreneur — and he is making instant, constructive use of the term “Ultra-MAGA” while it’s still on the public radar.

Mr. Trump already has created an Utra-MAGA-themed t-shirt for use as a GOP fundraiser, featuring the 45th president in full color, super-hero form — airborne and dressed as Superman, cape and all — flying along beneath an Ultra-MAGA logo.

“Did you hear what Joe Biden called us? He said we were an extreme political organization. He said we were Ultra-MAGA. Well, if loving your country and wanting to put America first makes you Ultra-MAGA, then yes. we are Ultra-MAGA,” Mr. Trump said in a pitch to his fans — which included a request for a donation as well.

Others have had the same idea, meanwhile. Ultra-MAGA t-shirts and hats are already being marketed on Amazon and other online sources by multiple makers who also appear to know a good opportunity when they see one. Mr. Biden, meanwhile, is not the only one in his party who is stuck on MAGA.

“The Democrats are about to get creamed big time in the midterms in November. What options do they have, besides screaming about abortion, which isn’t what’s affecting most people’s pocketbooks? What they’ve settled on is trying to demonize the ‘MAGA people’ and President Trump, coming up with terms like ‘Ultra MAGA,’ and calling them extreme every 15 minutes. They’re concentrating on that, not dealing with inflation or doing their jobs. They have no record to stand on, so this is all they can think to do,” advises Nick Arama, a RedState.com analyst.

A phrase of note

“Peaceful champion of the unborn.”

This is a new description from Jeanne Mancini, president of the March for Life, explaining exactly what her organization stands for in four words. She shares the phrase as pro-abortion believers are picketing the homes of conservative Supreme Court judges and disrupting church services, among other things.

“These intimidation tactics should have no place in the abortion debate. At the March for Life, we believe all life is worthy of dignity and respect, including those with whom we disagree. We believe we are called to love and to peacefully and joyfully be a witness for the truth,” Ms. Mancini said in a statement.

“A radical, pro-abortion group firebombed a pro-life organization this week, committing a terroristic attack aimed at intimidating the Supreme Court out of overturning Roe vs. Wade. But you probably wouldn’t know that if you relied on the corrupt network morning and evening newscasts. They allowed the topic a scant 77 seconds on Sunday and Monday, dropping the story altogether by Tuesday morning,” reports Scott Whitlock, research director for the NewsBusters, a conservative press watchdog.

Take a peek at his findings at Newsbusters.org.

Are you mystified by White House economic antics yet? A new report has examined how President Biden’s radical policies are driving America toward a “Biden recession” and higher inflation.

The Club for Growth Foundation — which describes itself as a “501c3 economic growth education organization” — has issued a new report gauging the chances of a recession in the near future. The report was authored by George Washington University adjunct professor of economics Diana Furchtgott-Roth and takes into account the very latest Consumer Price Index, now standing at 8.3%.

”At the beginning of 2021, America had the strongest economy in the world, and was poised for expansive future growth. President Biden has taken several steps that have harmed today, and will harm tomorrow, the American economy, and increase the likelihood of a recession,” Ms. Furchgott-Roth wrote.

“If someone were trying to intentionally tank the U.S. economy, I’m not sure they would do anything different than what President Biden is doing on a daily basis, despite his recent attempts to blame Republicans,” said Club for Growth resident David McIntosh. “President Biden’s agenda includes raising taxes; substantially increasing government spending, including entitlement payments; imposing burdensome regulations on businesses and ordinary Americans; and forfeiting America’s energy independence. To avoid a ‘Biden recession’ and lower inflation, it’s time for change.”

Find the complete report at ClubforGrowth.org.

36% of U.S. adults “strongly disapprove” of the way the entire Congress is handling its job.

22% “somewhat disapprove” of how Congress handles its job.

21% “somewhat approve” of how Congress handles its job.

4% “strongly approve” of the job performance.

14% neither approve or disapprove of the job Congress is doing.