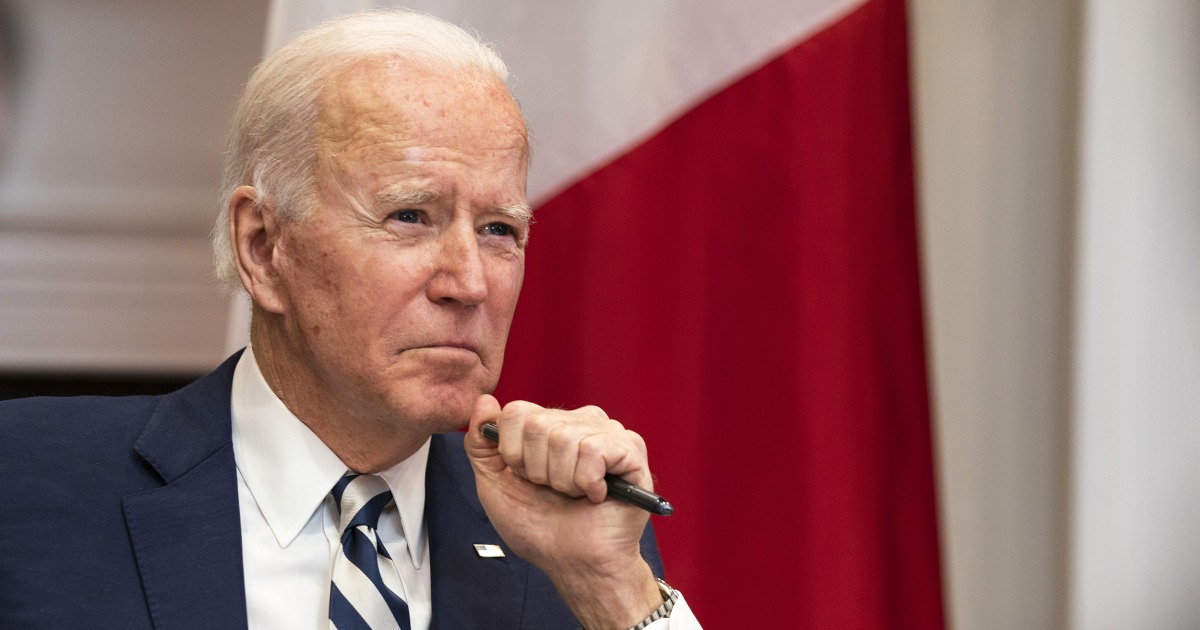 WASHINGTON — President Joe Biden and Chinese President Xi Jinping spoke by phone Thursday for the first time in seven months, in a bid to repair flagging efforts to “responsibly manage the competition” between the world’s two most powerful nations, the White House said.Biden and Xi spoke for roughly 90 minutes, with Biden calling in…

WASHINGTON — President Joe Biden and Chinese President Xi Jinping spoke by phone Thursday for the first time in seven months, in a bid to repair flagging efforts to “responsibly manage the competition” between the world’s two most powerful nations, the White House said.

Biden and Xi spoke for roughly 90 minutes, with Biden calling in from the Treaty Room on the second floor of the White House residence, a senior Biden administration official said. The tone between the two presidents, who have known each other for years, was “familiar” and “candid” as they discussed a “wide-ranging” set of issues, the official said. In a statement describing the call, the White House said Biden had “underscored the United States’ enduring interest in peace, stability and prosperity” in Asia and beyond.

“The two leaders discussed the responsibility of both nations to ensure competition does not veer into conflict,” the White House said.

Xi told Biden that U.S. policy on China had caused serious difficulties for the two countries’ relationship, according to a readout of the call published by Xinhua, China’s state-run news agency. He said China and the U.S. should work to get their relationship back on the right track, and that both countries had agreed to maintain frequent contact and instruct their working-level teams to step up communications.

The call, which took place after sundown Thursday in Washington but early Friday morning in Beijing, is the first known conversation between the two leaders since February. In that call, their first since Biden was inaugurated, the two spoke for two hours, Biden said. Afterward, he warned that if the U.S. doesn’t “get moving, they are going to eat our lunch.”

The call comes as the Biden administration has struggled to find its footing in a relationship with China that White House officials say they hope can be characterized simultaneously by competition and cooperation. The world’s two largest economies have been sharply at odds over a raft of issues including cybersecurity, human rights and trade, among others.

Neither side made any new commitments during the call, the senior U.S. official said, suggesting that the goal was not to reach any decisions but to try to break through the diplomatic logjam by elevating the issues to the two heads of state.

“The president made clear what his approach is to dealing with China, and said that sometimes those actions are potentially misinterpreted” as trying to undermine Beijing, the official said. “Let us be clear about what our intentions are, rather than let us change what we’re doing, because I don’t think that that’s something that was on the table.”

Ahead of Thursday’s call, the same official had said the U.S. hopedto set “parameters and guardrails” for “healthy competition” between the two nuclear-armed powers. The official said China’s posture in early engagements between the two governments had fallen short of “how responsible nations act.”

“We have found, unfortunately, that they have largely been unwilling to engage in serious or substantive conversations on these matters,” the official said. “What we’ve gotten is the usual talking points, which are more designed for propaganda purposes than for serious diplomatic engagement.”

The relationship got off to a rocky start in March in Alaska, where a summit between senior U.S. and Chinese diplomats erupted into an extraordinary public spat that left each country accusing the other of violating diplomatic protocol. In front of cameras, Chinese officials lectured the U.S. about interference in China’s affairs and accused it of hypocrisy on human rights, while American officials accused Beijing of “economic coercion” and aggressive cyberattacks.

Last week, Biden’s special envoy for climate change, John Kerry, met with senior Chinese officials in Tianjin during a visit aimed at fostering cooperation between the world’s two largest emitters of air pollution. Kerry’s hosts repeatedly warned him that an antagonistic approach by the Biden administration to China overall could poison any chance for narrower collaboration on climate.

“They’re trying to hold on cooperation on issues like climate change so that we change our current competitive posture,” the senior Biden official said. “But it’s important, I think, to underscore to President Xi directly that our framework is what we are going to be sticking with, and that the hardline approach that his administration is taking isn’t working with our allies and it won’t work for us.”

According to Chinese state media, Xi said on the call with Biden that China would continue to cooperate with the U.S. on climate change, the coronavirus pandemic and other issues.

The United States has also been closely watching how Beijing responds to the U.S. withdrawal from Afghanistan and the Taliban takeover, and whether China will seek to fill the vacuum of foreign influence created by the U.S. exit. China has publicly taunted the U.S. over its failure in Afghanistan and embarrassing finish to the two-decade war, but also has its own serious security concerns about instability in Afghanistan, with which it shares a short border.