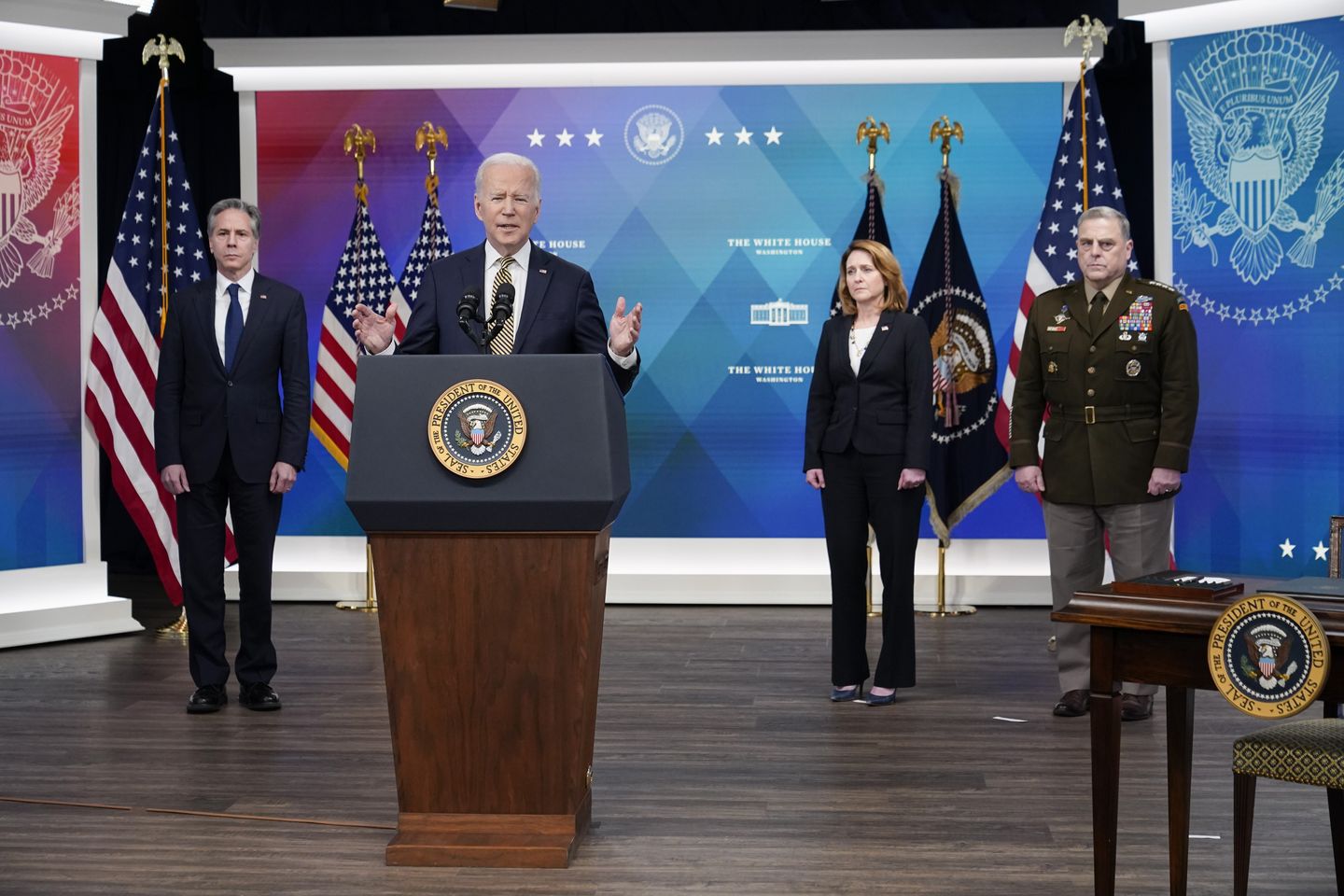 President Biden on Wednesday announced the U.S. will provide more than $800 million in military aid for Ukraine, as Russian bombs fall on its cities and more than three million refugees have fled the country. “It’s about making sure Ukraine will never be a victory for [Russian President Vladimir Putin], no matter what advances he…

President Biden on Wednesday announced the U.S. will provide more than $800 million in military aid for Ukraine, as Russian bombs fall on its cities and more than three million refugees have fled the country.

“It’s about making sure Ukraine will never be a victory for [Russian President Vladimir Putin], no matter what advances he makes on the battlefield,” Mr. Biden said in a speech from the White House.

The new package brings the total amount of U.S. military aid sent to Ukraine this week to more than $1 billion, Mr. Biden said.

Mr. Zelenskyy in virtual remarks called on the U.S. to do more to help his beleaguered nation and closed his remarks by addressing Mr. Biden directly, urging him to work toward peace.

The U.S. package of military assistance will include anti-tank missiles and more of the portable air defenses that the U.S. has already provided to Ukraine, including Javelin and Stinger missiles.

All told, the U.S. will provide 800 anti-aircraft systems; 9,000 anti-armor systems; 7,000 small arms such as machine guns and shotguns; and a total of 20 million artillery and mortar rounds.

“We are united in our abhorrence of Putin’s depraved onslaught, and we’re going to continue to have [Ukrainians’] backs as they fight for their freedom, their democracy, their very survival,” Mr. Biden said. “And we’re going to give Ukraine the arms to fight and defend themselves through all the difficult days ahead.”

Mr. Biden also suggested that additional sanctions on Russian elites are coming, and warned the world that the Ukraine conflict will be “a long and difficult battle.”

Funds for the new aid will come from the $13.6 billion that is allocated for Ukraine in the omnibus budget bill Mr. Biden signed Tuesday.

Mr. Biden stopped short of granting all of Mr. Zelenskyy’s requests, saying the U.S. will not impose a no-fly zone over Ukraine or provide fighter jets.

The White House has been reluctant to provide such assistance, fearing it will provoke a direct confrontation with Russia.

In his address to Congress, Mr. Zelenskyy emphasized the need for a no-fly zone multiple times. He showed a nearly three-minute video of war footage from several Ukrainian cities that concluded with the words, “Close the sky over Ukraine.”

“‘I have a dream,’ these words are known to each of you,” he said, invoking civil rights icon Martin Luther King Jr. “Today, I can say I have a need, I need to protect our skies.”

The Ukrainian president called for sending warplanes to Ukraine after the U.S. had objected to a Polish plan that would send Soviet-era fighter jets to the war-ravaged nation.

“You have them, but they are on [land], not in the Ukrainian sky, they do not defend our people,” Mr. Zelenskyy said.

After his speech Wednesday, Mr. Biden dodged a question about what it would take for the U.S. to provide fighter jets to Ukraine.

It’s not just Republicans who have put the president on the defensive. Mr. Biden is hearing calls from within his own party to do more to assist Ukraine.

“Time is of the essence, and the Ukrainian Armed Forces desperately need the aircraft that our allies may be willing to provide,” she wrote.