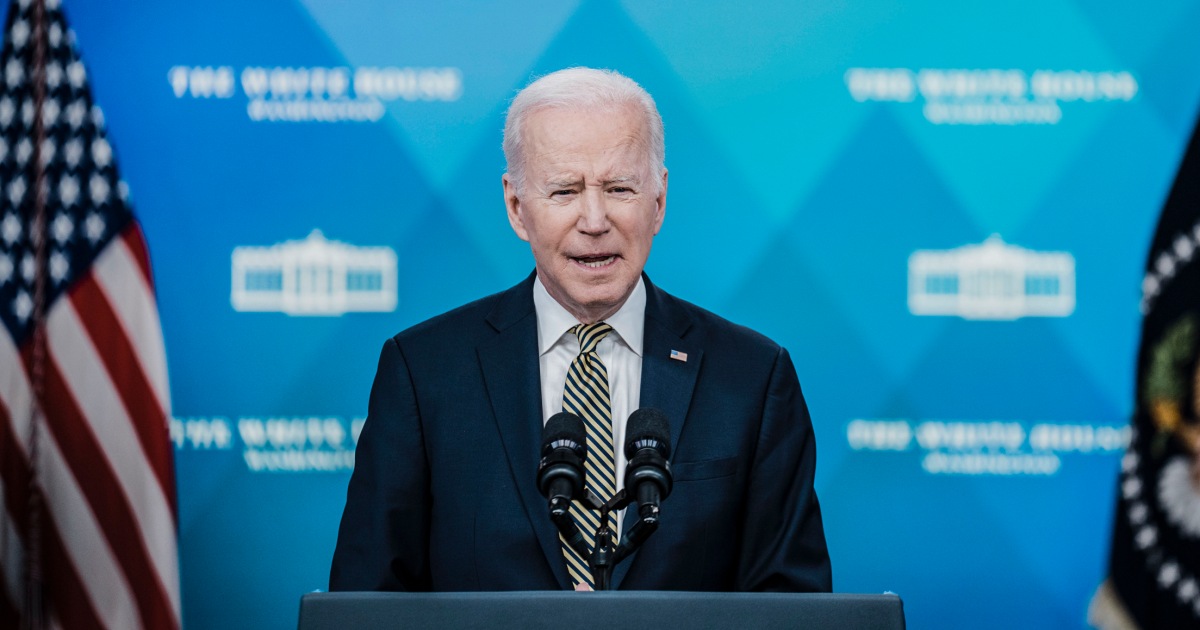 During his trip to Europe this week, President Joe Biden could announce that the United States plans to permanently maintain an increased number of its troops deployed in NATO countries near Ukraine, according to four people familiar with the discussions.The president, who is attending a NATO summit Thursday, recently reviewed options for permanent increases in…

During his trip to Europe this week, President Joe Biden could announce that the United States plans to permanently maintain an increased number of its troops deployed in NATO countries near Ukraine, according to four people familiar with the discussions.

The president, who is attending a NATO summit Thursday, recently reviewed options for permanent increases in the number of U.S. troops in Eastern Europe, and Poland is among the possible locations for the additional forces, the sources said.

“We are looking at additional troop posture adjustments,” an administration official said, adding that no final decisions have been made.

“At the summit,” the official said, “we expect NATO leaders to review the alliance’s current deterrent and defensive force posture, especially in light of the deteriorated security environment caused by Russia’s unprovoked and unjustified further invasion of Ukraine.”

In February, before Russia’s invasion of Ukraine, the Biden administration sent about 2,000 troops from the U.S. to Europe, with most of them going to Poland. The U.S. also deployed about 3,000 troops within Europe, roughly 1,000 of whom were repositioned from Germany to Romania.

National security adviser Jake Sullivan said Tuesday that while in Brussels on Thursday, Biden “will work with allies on longer term adjustments to NATO force posture on the eastern flank.”

Sullivan also said the U.S. will coordinate with allies on adopting new sanctions against Russia and tightening existing ones, and providing new military and humanitarian assistance to Ukraine. He said the U.S. and its allies will take action aimed at reducing Europe’s dependence on Russian oil.

While in Brussels, Biden will also meet with the Group of Seven countries and address the European Union before traveling to Poland.

NATO is also discussing some potential announcements Thursday as well, according to U.S. and NATO officials.

The alliance could announce the addition of a new chemical and biological weapons unit to the NATO Response Force and new so-called battle groups that would be used to organize additional troops into multinational, combat-ready units that would each be led by one of the participating countries, the officials said. The potential announcements would come as NATO prepares to base significantly more troops in its eastern flank countries.

Asked for comment, NATO referred NBC News to Secretary-General Jens Stoltenberg’s remarks last week, in which he said alliance members’ military commanders were tasked with developing options for hardening defenses across land, air, sea, cyber and space. “On land, our new posture should include substantially more forces in the eastern part of the alliance, at higher readiness,” Stoltenberg said.

A spokesperson for the National Security Council directed questions about the alliance’s possible announcements to NATO.

Courtney Kube is a correspondent covering national security and the military for the NBC News Investigative Unit.