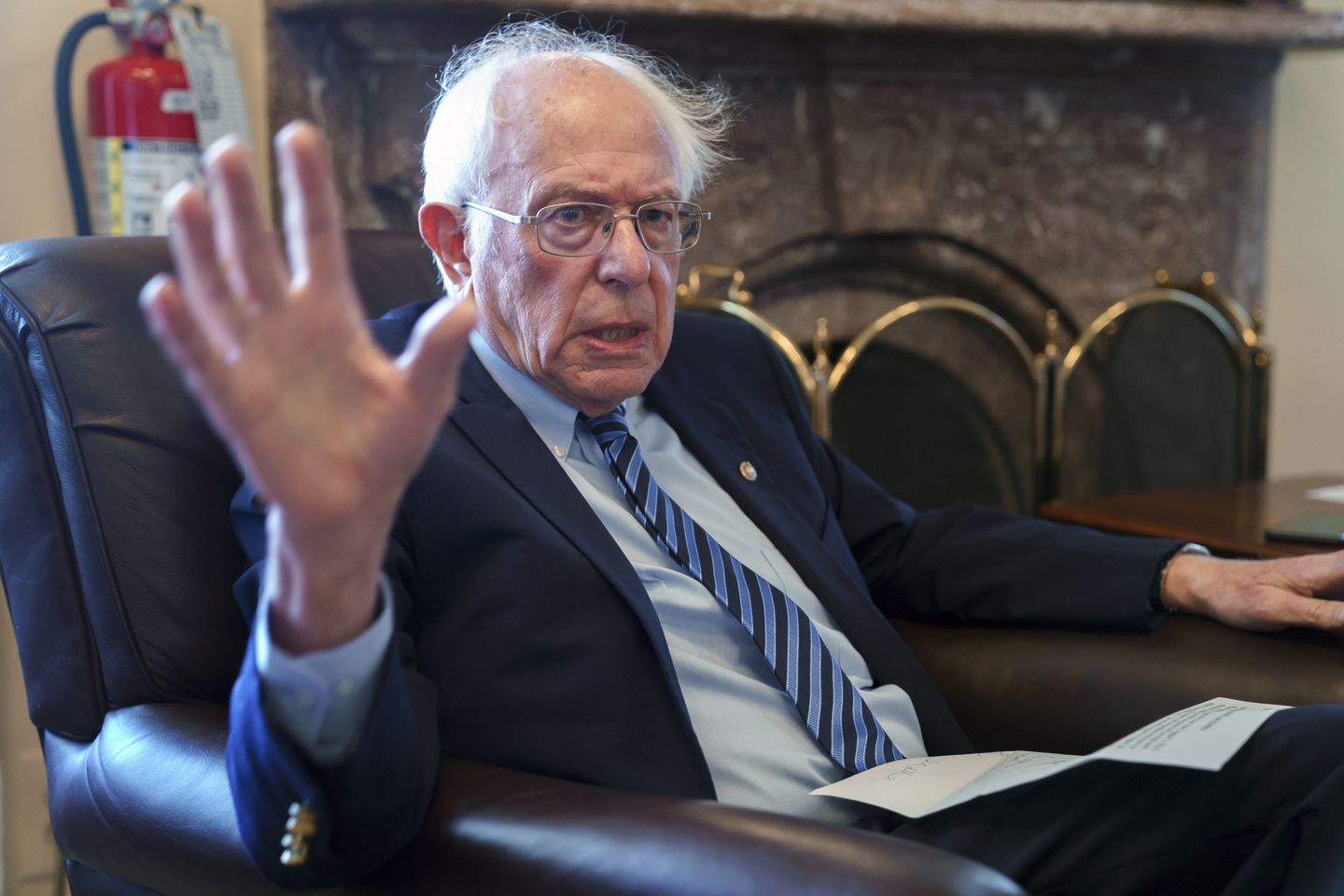 The rifts in the Democratic Party over President Biden’s $3.5 trillion climate and social welfare bill were made public in West Virginia Friday.

Senate Budget Committee Chair Bernard Sanders wrote an opinion-ed in Charleston Gazette-Mail. He championed the bill and harassed the Democratic holdouts that prevented it from being passed. Mr. Sanders, in particular, attempted to shame West Virginia’s senior senator, Democrat Joe Manchin III, for his opposition to the package.

“Poll after poll shows overwhelming support for this legislation,” wrote Mr. Sanders, a self-described socialist from Vermont. “Yet, the political problem we face is that in a 50-50 Senate we need every Democratic senator to vote ‘yes.’ We now have only 48.”

Democrats will use a special procedure in order to push the $3.5 trillion spending bill through the Senate according to party lines. This process is known as budget reconciliation. It allows spending and tax measures that do not exceed the 60-vote threshold to be able to pass with a simple majority 51 voters.

Democrats cannot afford to lose any of the seats in the Senate, which is evenly divided between the two political parties. At the moment, Senators Mr. Manchin of Arizona and Krysten Sinema, a moderate, are the only Democrats who remain.

“This moment is pivotal in American history,” Mr. Sanders wrote.

The editorial elicited a near immediate slapdown from Mr. Manchin. He is the only statewide Democrat left to protest Republican West Virginia.

“This hasn’t been the first time that an out-of stater tried to tell West Virginians how to be best, despite not having any relationship with our state,” Mr. Manchin stated in a statement.

Arguing that the $3.5 trillion policies were inappropriate for a country suffering from inflation, Mr. Manchin stated that he would not support any attempt to “more money on an already overheated economic system.”

” To be clear, Congress should continue with caution on additional spending. I will not vote to expand government programs recklessly, and that is what he stated. “No opinion piece from an Independent socialist self-declared is going to change .”

The dust-up is the latest in a long back and forth between Mr. Manchin Sanders on the $3.5 trillion spending bill.

Mr. Manchin, and Ms. Sinema feel the bill is too ambitious. They believe it should be cut and tested for its effectiveness. Far-left Democrats, including Mr. Sanders, object to cutting out any major programs, saying instead that overall costs can be cut by making the legislation run for five years instead of ten.