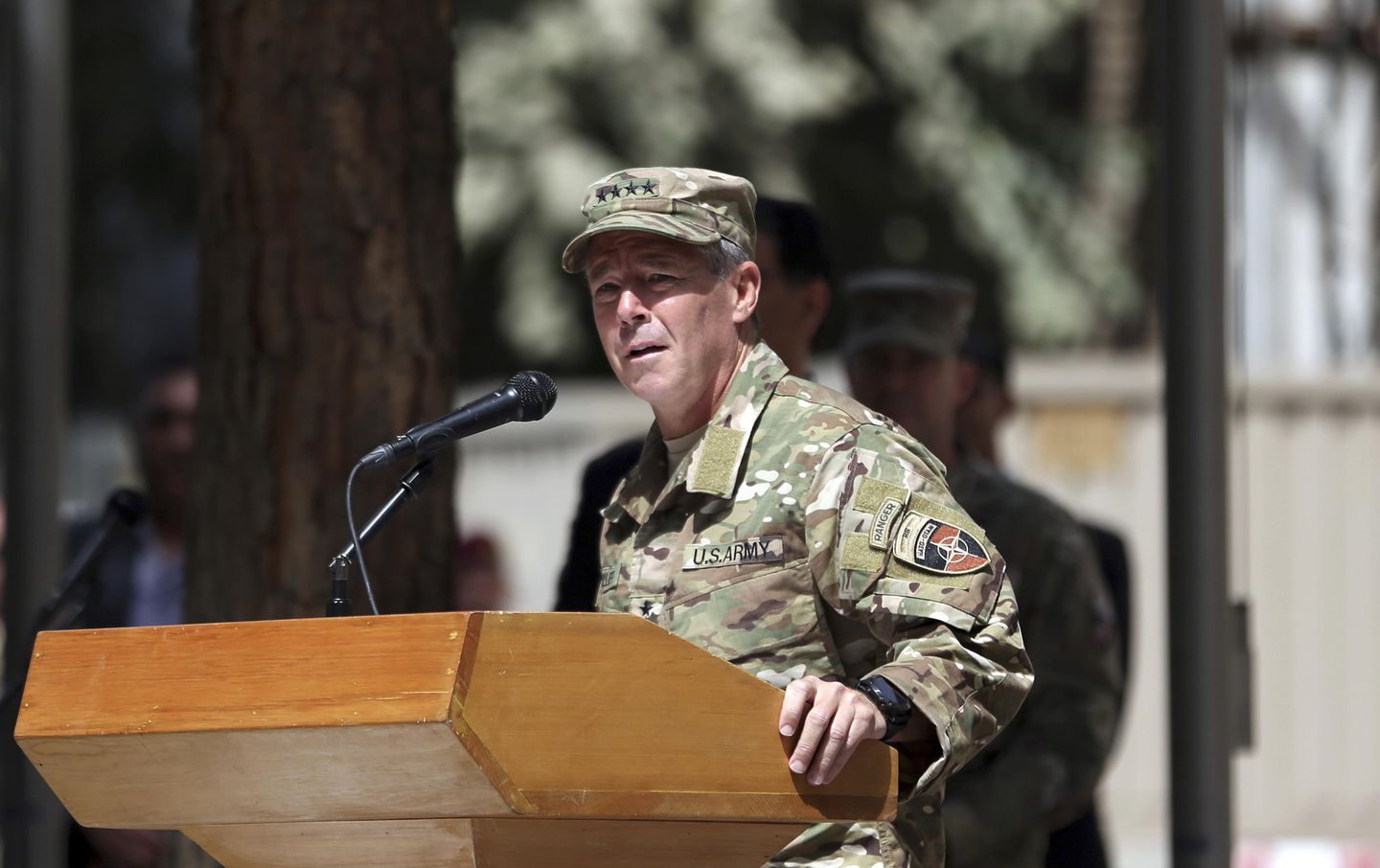 The top U.S. general on the ground in Afghanistan told top Pentagon officials that he opposed the total withdrawal of troops before President Biden made the final decision. In a closed briefing Tuesday to the Senate Armed Services Committee, Gen. Austin Scott Miller confirmed that he registered his dissent with Mr. Biden’s decision with the…

The top U.S. general on the ground in Afghanistan told top Pentagon officials that he opposed the total withdrawal of troops before President Biden made the final decision.

Gen. Austin Scott Miller, top U.S. general in Afghanistan, told the Senate Armed Services Committee Tuesday that he had dissented with President Biden’s decision. He also spoke out with Gen. Mark Milley, Chairman of the Joint Chiefs of Staff, and Gen. Kenneth F. McKenzie Jr. who is the head of U.S. Central Commander.

Mr. Biden was asked in an interview last month whether his military advisers suggested that he keep a residual force in Afghanistan to avoid a total collapse. He said to George Stephanopoulos, “No.

Gen. Miller, who commanded U.S. and NATO forces in Afghanistan, did not tell President ]Biden directly that he disagreed with the withdrawal, Mr. Inhofe stated.

Gen. Miller, who commanded U.S. and NATO forces in Afghanistan, did not tell President Biden directly that he disagreed with the withdrawal, according to Mr. Inhofe, “because the president wasn’t there.”

Mr. Inhofe did not say specifically when Gen. Miller registered his dissent with his chain of command, or what his specific concerns were, citing the fact that the discussion came in a closed briefing.

According to the Washington Post, Miller cautioned against a complete withdrawal and stated that the most likely outcome would be the collapse of the Afghan government. According to the Post, this warning was issued “months before Biden announced his withdrawal decision.” The Post reported that Gen. Miller and Mr. Austin warned Mr. Biden not to withdraw.

Gen. Miller was confirmed by the Senate in June 2018 to serve as top commander in Afghanistan, a post he held until the end of the war.

Mr. Inhofe expressed concern at the information he received Tuesday from Gen. Miller.

“I’m even more eager now to hear from Secretary Austin, Gen. Milley, and Gen. McKenzie in two weeks,” he said referring to the open and closed hearings with the Pentagon officials set for Sept. 28.

This is only the beginning of an open, thorough, and transparent process,” he stated. “We have many more questions and I hope that they have more answers

The closed briefing was held as Secretary of State Antony Blinken gave testimony before Congress for the second day in succession Tuesday.

The questions that Mr. Blinken received from the lawmakers reflected largely party affiliations.

Infuriated Republicans quizzed Mr. Blinken about key decisions that led to the withdrawal. Democrats frequently defended President Biden ‘s decision to end war and deflected blame to former President Donald Trump over the deal he made with the Taliban in February 2020..

While Tuesday’s closed briefing was for the entire Armed Services panel only the committee Republicans attended the press conference following the briefing.

After the Sept. 28 hearing with Pentagon officials, the panel will also hold a Sept. 30 hearing titled “Review of U.S. Military Operations in Afghanistan” featuring testimony from yet-to-be-determined external experts.