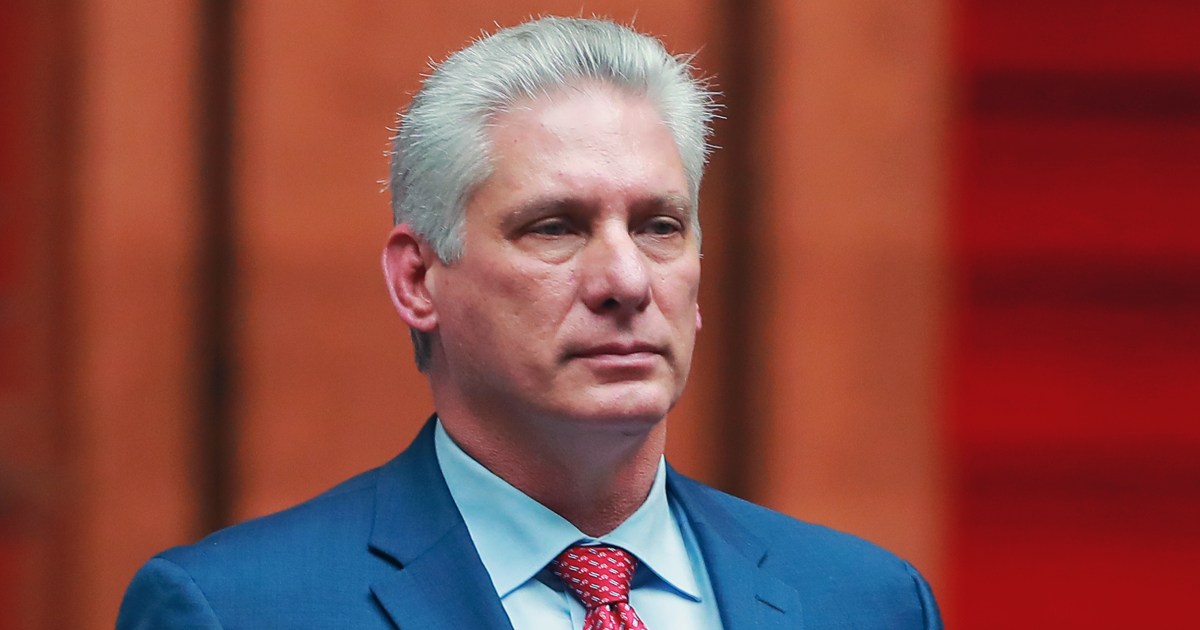 As activists in Cuba defy the government and continue preparing for nationwide protests Nov. 15, the government is ratcheting up its rhetoric against the U.S., accusing it of financing and directing protesters.President Miguel Díaz-Canel said in a speech Sunday that the protests were “a plan orchestrated by the exterior.” In the province of Matanzas, east…

As activists in Cuba defy the government and continue preparing for nationwide protests Nov. 15, the government is ratcheting up its rhetoric against the U.S., accusing it of financing and directing protesters.

President Miguel Diaz-Canel said in a speech Sunday that the protests were “a plan orchestrated by the exterior.”

In the province of Matanzas, east of the capital, Havana, authorities on Sunday observed “el dia territorial de la defensa” — loosely translated as a territorial defense day — to prepare for a possible invasion from what the government called “the enemy.”

A video on a Cuban news broadcast showed defense officials meeting with local workers about preparedness, armed people practicing a response to an attack and schools holding drills.

In his speech, Diaz-Canel said earlier protests on July 11 were “nothing more than provocations and acts of vandalism as part of the strategy of the nonconventional war and the ‘soft coup’ against our revolution.”

He said the march being organized for less than three weeks from now involves think tanks and U.S. government spokespeople. The planned march’s leader, Yunior Garcia denied making the claims. He said that organizers had made an agreement not to accept outside funding.

The U.S. has expressed support for the protesters after the events in July. After the Cuban government’s crackdown, the U.S. sanctioned several government officials and entities in August.

Diaz-Canel said the U.S. Embassy in Havana is “subverting the internal order of our country.” He said U.S. diplomats frequently meet with “those who head the counterrevolution,” saying they offer orientation, logistical support and financing.

A State Department spokesperson stated Tuesday that the U.S. government supports Cubans’ right to peaceful assembly and expression. He also said that the U.S. Embassy in Havana is “subverting the internal order of our country.”

A request for comment was not received by the Cuban Embassy in the U.S.

In his speech, Diaz-Canel said, “The declared objective of the United States government is to topple the Cuban revolution.”

He said that the Biden administration’s policy toward Cuba is “trapped by its desire to win the Florida vote,” which he said is dominated by “the Cuban American mafia in Miami,” remarks similar to those he and other officials have made in the past.

The tone is similar to the one Cuba struck after the historic protests on July 11, when thousands of people took to the streets to air grievances, from the lack of political change to the chronic shortages on the island.

While Diaz-Canel said in July that the government had to make “a critical analysis of our own problems … so we can transform situations,” he blamed the U.S. and the effects of the decadeslong embargo for the protests.

Government officials have begun to vilify the young activists planning the Nov. 15 protests on state-run television, accusing them of being directed by the U.S.

The government rejected the activists’ official request to protest, saying it was an effort to overthrow the government. The march falls on the same day that Cuba opens its borders for tourism.

Lillian Guerra, a professor of Cuban and Caribbean history at the University of Florida, said “fearmongering” about a U.S. invasion was one of the pillars of the Cuban government’s discourse before the 2000s.

“What that entails is not just fear of a U.S. invasion,” Guerra said. “It was fear that exiles (people who had’made a name for themselves in the United States’) would come back to take over their country.” Guerra said. “That argument doesn’t work anymore” and doesn’t reflect the reality of Cubans living in Cuba. She stated that more Cuban Americans are investing in Cuba through family ties and improving the economic conditions for their families.

For Cubans on the island, it seems that preparing for an invasion by the U.S. is out of step with reality. Guerra stated that the Cuban government’s strategy to blame the U.S. for “neutralizing the discussions” over the protests, and pushing a theory about “no discontent” on the island doesn’t reflect the reality.