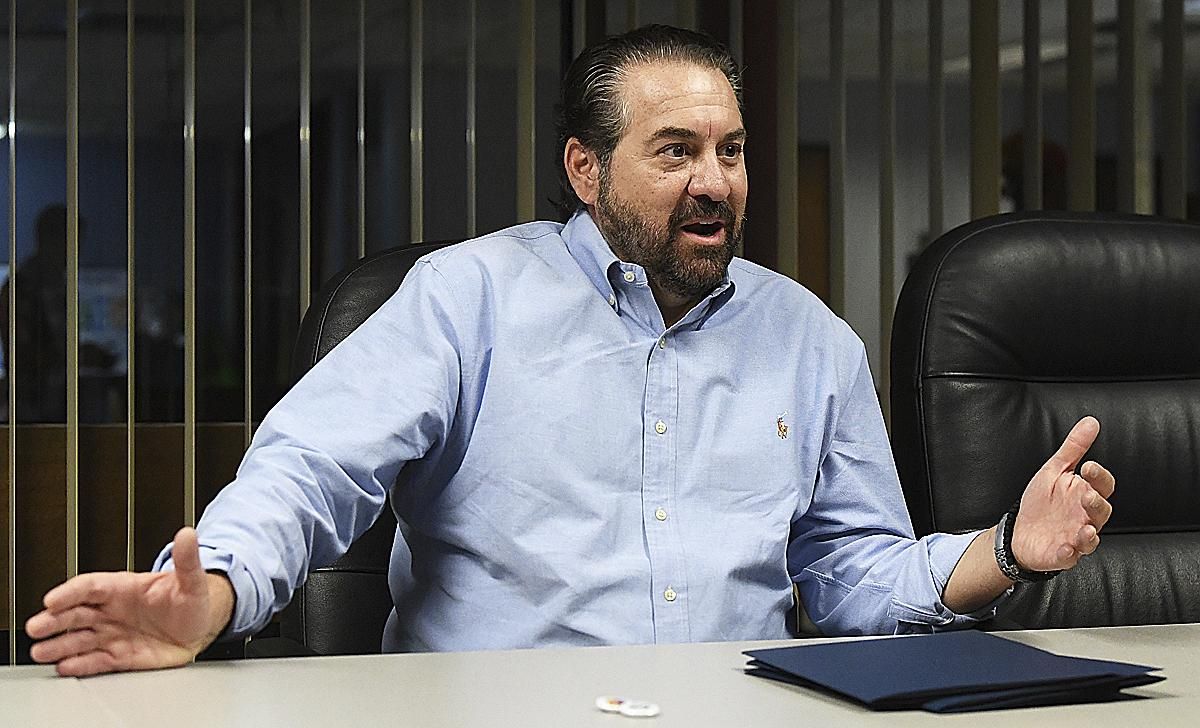 In a normal election cycle, a Republican who is personally taking on President Biden’s agenda on everything from COVID-19 mandates to the border wall to election laws would seem to be a shoo-in for a GOP primary win. Instead, Arizona Attorney General Mark Brnovich, who has sued the Biden administration two dozen times, finds himself…

In a normal election cycle, a Republican who is personally taking on President Biden’s agenda on everything from COVID-19 mandates to the border wall to election laws would seem to be a shoo-in for a GOP primary win.

Instead, Arizona Attorney General Mark Brnovich, who has sued the Biden administration two dozen times, finds himself struggling to find a foothold in the state’s Republican race for U.S. Senate, trailing a pair of political newcomers with zero governing experience.

“The reality is you have one guy who is being financed by an out-of-state billionaire and another guy who is worth hundreds of millions of dollars who is investing that into buying a Senate seat,” Mr. Brnovich told The Washington Times.

That was a reference to billionaire pro-Trump activist Peter Thiel’s support for one opponent, Blake Masters, and to the willingness of another opponent, solar energy tycoon Jim Lamon, to tap his personal fortune.

The primary is Tuesday, and Mr. Brnovich is hoping voters see him as the candidate with a history of delivering results, and the one with the best chance to unseat Democratic Sen. Mark Kelly.

“I am relying on old-fashioned elbow grease and when push comes to shove Arizona voters are going to recognize that I am one candidate that has a proven record of real results,” he said. “There is no one that can match my record.”

Mr. Kelly is rated as one of the most vulnerable incumbents, and Arizona seems like it would be the perfect state for Mr. Brnovich’s anti-Biden message.

But the presence of former President Donald Trump upends all those usual calculations, said Brett Marson, a GOP consultant who noted that the attorney general has notched victories against the Biden White House, defended conservative laws and been a regular guest on Fox News.

“That is usually a pretty winning trifecta of moves,” Mr. Marson said. “But he has one significant fault: he has not furthered any of Trump’s claims of a stolen election … and while a moderate Republican would feel fine with that, most of the voters in a Republican primary have been fed a steady diet of election denialism for the better part of two years.”

Indeed, Mr. Masters and Mr. Lamon have wrapped their arms around the rigged election claims — as has former television news anchor Kari Lake, and state Rep. Mark Finchem, the Trump-backed frontrunners in the GOP primary races for governor and secretary of state, respectively

Mr. Brnovich, on the other hand, signed off on the election results.

He later raised doubts about the election and launched an investigation into the rigged claims after facing fierce blowback from Trump world.

Mr. Brnovich in April released an interim report from the ongoing investigation that he said revealed “serious vulnerabilities that must be addressed.”

The investigation, however, failed to unearth instances of widespread voter fraud that could have altered the outcome of the election.

Mr. Trump then shook up the race in early June when he came off the sidelines to endorse Mr. Masters and take additional shots at Mr. Brnovich for refusing to fully embrace his unproven election claims.

An OH Predictive Insights poll released Friday showed Mr. Masters leads with the support of 36% of likely Republican voters, followed by Mr. Lamon at 21% and Mr. Brnovich at 12%.  Two other candidates failed to crack double-digits and 22% of voters were undecided.

It is the second straight poll showing Mr. Masters gaining momentum, Mr. Brnovich losing it, and Mr. Lamon hovering between them.

“It is pretty unquestionable in the U.S. Senate race that no one was really getting momentum until Trump put his thumb on the scale,” said Mike Noble, of OH Predictive Insights. “It is clear in the numbers what is propelling Blake Masters right now is Trump’s endorsement and support.”

“Mark Kelly must be doing backflips seeing Blake Masters surging in the polls,” he said. “Think of Martha McSally but with a ton of gaffes and baggage.”

Mr. Marson, who previously worked for Mr. Brnovich, said the attorney general was hurt by his attempt to strike a balance between “the sanity lane and election denier lane.”

“Not only has it not worked, it has pissed off both sides,” he said. “When you try to please both sides you end up angering both sides. It just doesn’t work, and it really doesn’t work in this example.”

That pales in comparison to Mr. Lamon, who has spent $15 million, including $14 million he loaned his campaign.  Mr. Masters has raised nearly $5 million and received a major financial boost from Mr. Thiel, who has dumped $13.5 million into the Saving Arizona super PAC that is supporting Mr. Masters.

Still, there is a glimmer of hope for Mr. Brnovich.

Stan Barnes, a longtime Arizona-based Republican strategist, said Mr. Brnovich could benefit from the bloodbath playing out over the TV airwaves between Mr. Masters and Mr. Lamon.

“If you are a consumer of local television news on any of the affiliate channels, when they go to break, after the car crashes, fires and the weather, it is 3 minutes of Masters dumping on Lamon and 3 minutes of Lamon dumping on Masters,” he said.

The Lamon campaign is running an ad describing Mr. Masters as an “open borders California liberal” and featuring a clip from an interview in which Mr. Masters praises Unabomber Ted Theodore Kaczynski as a “subversive thinker that is underrated.”

Saving America PAC, which backs Mr. Masters, is airing a sport warning Mr. Lamon “would be China’s man in the Senate,” and accusing him of importing products from China and helping to build power plants for the Chinese government.