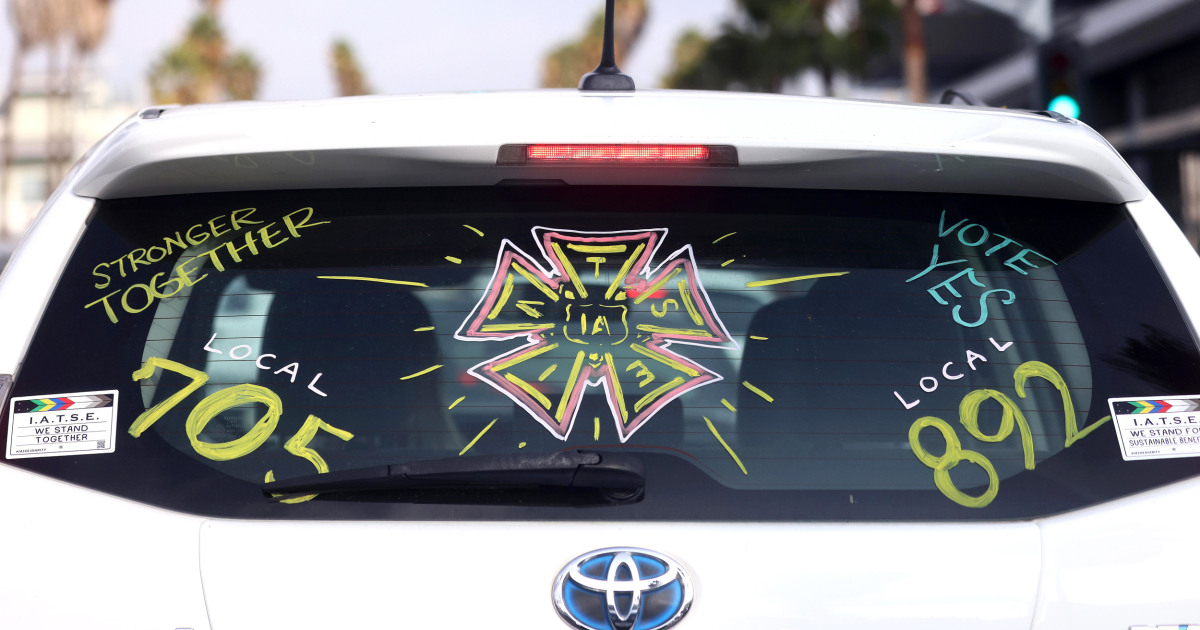 The 60,000 members of Hollywood’s International Alliance of Theatrical Stage Employees who work in film and television were able to avert a national strikewhen their collective demands were partially met. The Alliance of Motion Picture and Television Producers, which represents major film and TV production companies, agreed to fairer wages, more time for sleep, meal…

The 60,000 members of Hollywood’s International Alliance of Theatrical Stage Employees who work in film and television were able to avert a national strikewhen their collective demands were partially met. Alliance of Motion Picture and Television Producers (which represents major TV and film production companies) agreed to pay more for their workers, as well as longer sleep and meal breaks, and extended weekend rest periods. IATSE members are now privy to the agreement.

While it is encouraging to see Hollywood workers fighting for better conditions, the root issue of big corporations making a lot of money off the backsof workers is deeply embedded within the creator economy. This needs to be addressed more widely. Other groups of artists laborers are still not being paid fairly, and the IATSE deal should serve as a catalyst for justice.

It’s time radio broadcasters confront the music. The question for radio broadcasters is whether performers of songs played on AM/FM radio should get paid when their work is transmitted over the airwaves. The song writers get paid for each time the song plays . However, the performers of the songs, such as the lead singers, backup vocalists and guitarists, are not paid . — do not. Many major broadcasters have struggled to pay artists ,, many of whom are members of unions affiliated with AFL-CIO. Their music is what makes their businesses possible.

There is growing support to rectify this injustice. This summer, Reps. Darrell Issa, R-Calif., and Ted Deutch, D-Fla., introducedthe American Music Fairness Act to require the largest stations to compensate the artists whose songs they broadcast through performance royalties. Yet a chorus of lobbyists and lawyers, representing broadcasting corporations that bring in billions in revenue annually, have already started pushing back on the measure.

In the coming months, we’ll likely hear more tales of woe from broadcasters about why they can’t afford to do right by artists, while also raking in revenue showing how bright the future looks for their books. It is fundamentally unfair and hypocritical, and it must change.

There is a clear way forward.

All parties must agree to the fundamental principle of fairness, that music creators should be paid respect and compensation. The American Music Fairness Act must be passed by Congress and enacted into law. This simple act will not only provide income for the hundreds of thousands of Americans working class who entertain us but also something deeper: respect.

The next question is how to determine how much music creators should be paid. There is a process for setting royalty rates for music played on digital platforms like Spotify, Pandora, and SiriusXM. That process is widely respected and conducted by the federal Copyright Royalty Board. Since 2005, the CRB has set performance royalty rates for any time a digital service plays a song. After a thorough process in which all parties — artists, labels, broadcasters and digital services — were able to weigh in on the fairness of the rates, it sets them every five years.

The result is that sometimes the rates have gone up, and sometimes they’ve gone down. This process is also applicable to performance royalties for music played on AM/FM radio. This makes perfect sense. Other than the influence of broadcasters, there is no reason that an artist who has their music played on SiriusXM should be paid. However, they do not get paid on your local FM dial. This legislation will address this injustice and establish a standard of fairness.

At a time when economic justice is on all of our minds, it’s time for Congress to join millions of creators in demanding that the broadcasters who make billions in advertising on the backs of artists step up and do the right thing. The American Music Fairness Act gives broadcasters the certainty they need to recognize the immense contribution music has made to not only their core business but also to our culture. The CRB can then be relied upon by Congress, broadcasters, and musicians to decide what is right.

Music creators and performers are the lifeblood of this industry, and their ask is simple: Treat us with the dignity and fairness our work deserves.