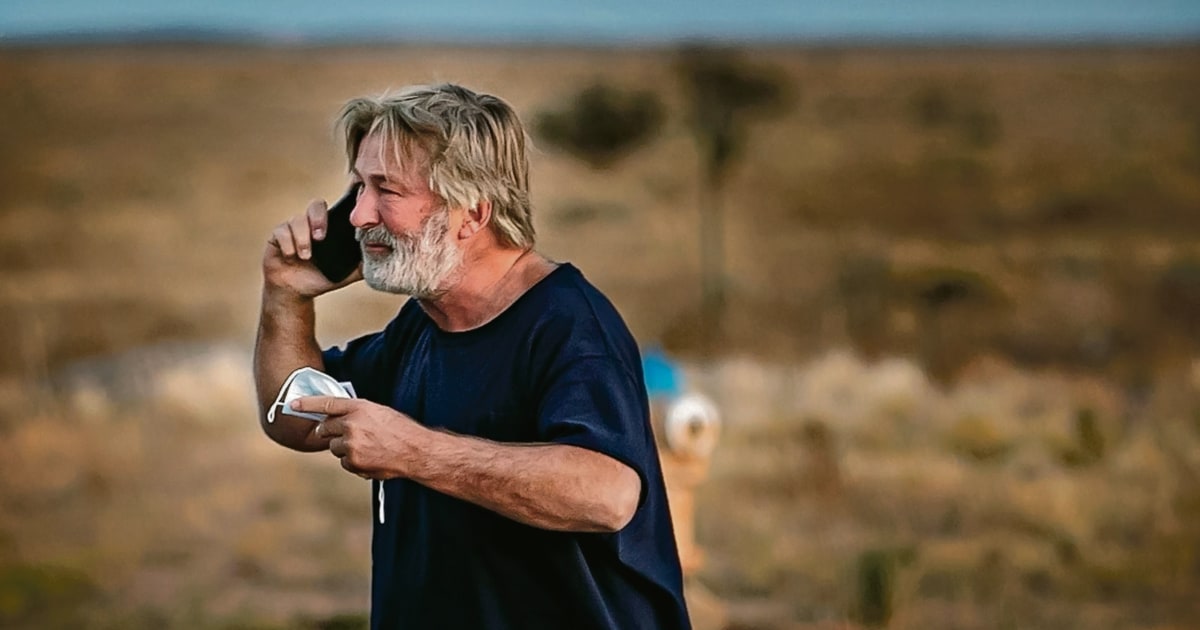 Alec Baldwin made his first on-camera comments Saturday on the fatal shooting that occurred on the "Rust" film set as he addressed paparazzi following him and his family in Manchester, Vermont.Baldwin said he was not allowed to comment directly on the investigation regarding the movie set shooting that ended the life of cinematographer Halyna Hutchins…

Alec Baldwin addressed the paparazzi in Manchester, Vermont on Saturday about the fatal shooting on the Rust film set.

Baldwin said he was not allowed to comment directly on the investigation regarding the movie set shooting that ended the life of cinematographer Halyna Hutchins and wounded film director Joel Souza.

” I was ordered by Santa Fe’s sheriff’s office. I cannot answer any questions regarding the investigation. According to a video posted to TMZ’s website on Saturday, Baldwin stated that he couldn’t. It’s an ongoing investigation. A woman died. She was my friend. “

” The day she arrived in Santa Fe for shooting, I took her to dinner at Joel’s,” Baldwin said. “We were a well-oiled team working together on a film, and then this terrible event occurred. “

Hutchins had been working in Santa Fe, New Mexico as the director for photography for “Rust” when Baldwin discharged a prop gun , injuring both Hutchins, and Souza. Officials said that Hutchins was flown via helicopter to the University of New Mexico Hospital where she was declared dead. Souza was transported by an ambulance to a hospital. Souza is currently recovering from his injuries.

Baldwin said that he talks to the police every day as they investigate the shooting. He said, “I’m cooperating” with them.

When asked about his meeting with Hutchins’ husband, Matt, and her son, Baldwin said he “wouldn’t know how to characterize it. He said that the guy was overwhelmed by grief. There are occasional accidents on film sets but nothing like this. This is one in a billion episode. He is shocked. He has a nine-year-old boy. We keep in touch with him. We are concerned about his family, and his child. We are anxiously waiting for the sheriff’s office to report back on the results of the investigation. “

While film-set injuries are not uncommon, there is little precedent for gun-related injuries and deaths.

In 2016, The Associated Press found that since 1990, at least 43 people have died while on U.S. film sets and more than 150 were left with life-altering injuries. The Associated Press reported that there were many instances when major accidents didn’t appear in the investigation records or in the Occupational Safety and Health Administration database.

Baldwin was an actor and producer from “Rust” who supported new safety measures for guns on movie sets.

” I’m all for it and will cooperate in every way that I can,” said he.

Santa Fe District Attorney Mary Carmack-Altwies told NBC News on Wednesday that the investigation into the “Rust” movie set shooting is “incredibly complex” and “will take a while. “

So far, no charges have been filed in connection to the shooting, the sheriff’s office said.