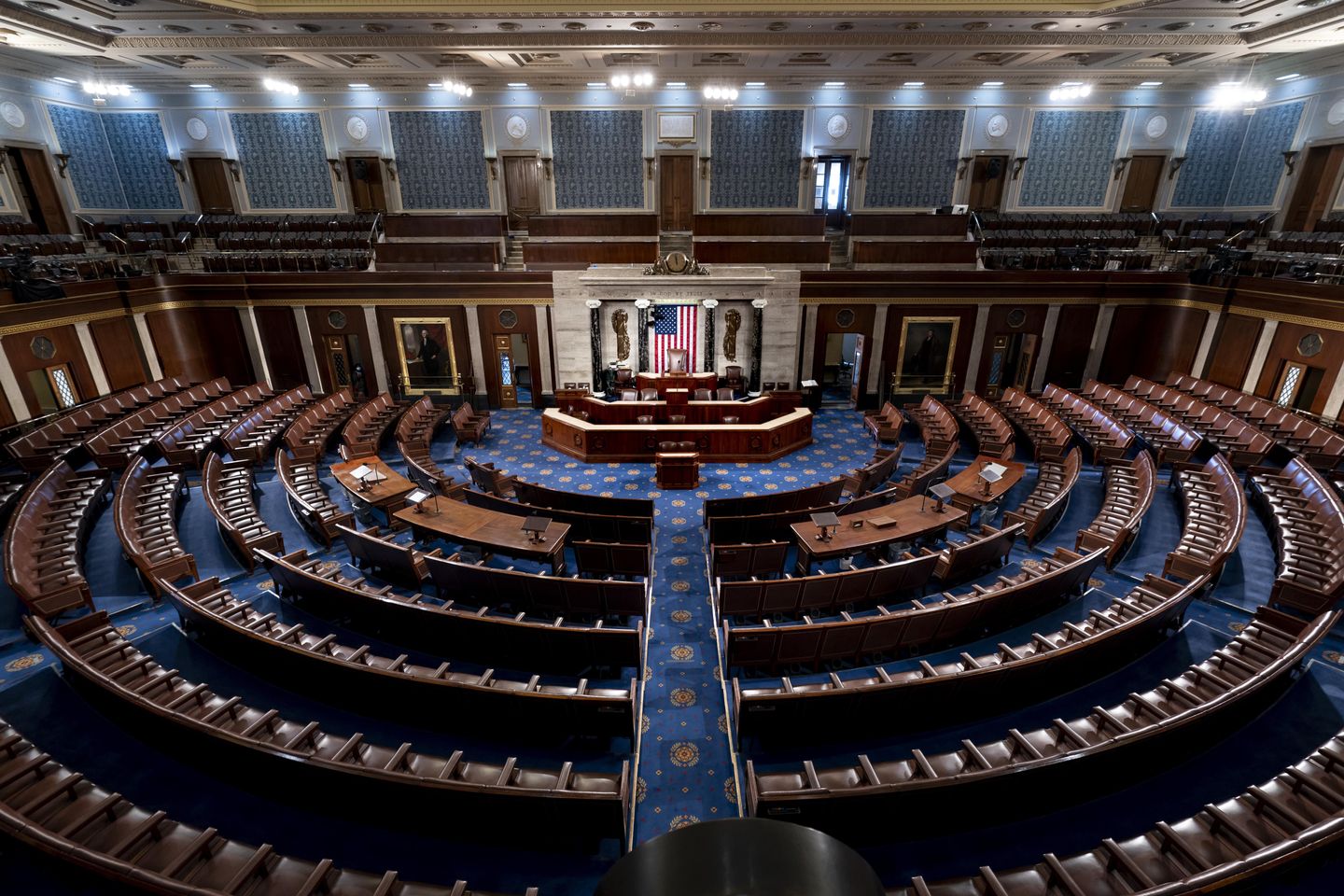 Jennifer-Ruth Green is no stranger to overcoming odds. Ms. Green, an Air Force veteran who served in Iraq, is one of just 150 Black female professional pilots in the country. She learned Japanese when she was just a child, founded her own nonprofit to help at-risk youth learn about the aerospace industry, and is now…

Jennifer-Ruth Green is no stranger to overcoming odds.

Ms. Green, an Air Force veteran who served in Iraq, is one of just 150 Black female professional pilots in the country.

She learned Japanese when she was just a child, founded her own nonprofit to help at-risk youth learn about the aerospace industry, and is now seeking to flip a historically blue Indiana district for Republicans in November.

Ms. Green, who is Filipina and Black, said there’s an opportunity for the Republican Party this cycle to capitalize on gains they’ve made among minority voters in a midterm year that’s in the party’s favor.

“A lot of Hispanic voters and African American voters are tuning in to see what we have to say. They see the devastation that the Democrats are bringing to our economy and in our households,” Ms. Green told The Washington Times. “This is an opportunity for us to gain a generation of people that will support conservative values.”

Ms. Green, who glided to victory in Indiana’s GOP primary election last month with roughly 50% of the vote, is running in the state’s 1st District, currently represented by freshman Rep. Frank Mrvan, a Democrat who succeeded longtime Rep. Peter Visclosky after his retirement in 2020.

Indiana’s 1st District, which is centered around Gary, has been a solid Democratic safe seat since 1928.

Redistricting, however, has made the district less blue, and the House Republicans’ campaign arm has marked Mr. Mrvan as a vulnerable Democrat. Mr. Mrvan won his election in 2020 with more than 55% of the vote.

Mr. Mrvan’s campaign previously characterized Ms. Green as a conservative extremist, and defended the congressman’s record on COVID, infrastructure, and his advocacy for the steel industry as co-chairman of the Congressional Steel Caucus.

“Congressman Mrvan stands by his record of legislative accomplishments that have saved lives from the COVID-19 pandemic, defended the domestic steel industry, and delivered 14 community funding projects that create economic growth and more good-paying job opportunities for everyone today and for future generations,” said Matt Calderon, Mr. Mrvan’s campaign manager.

Ms. Green, on the other hand, said Mr. Mrvan’s perfect voting record with the Democratic Party has contributed to disastrous issues for the country, including the baby formula shortage that wreaked havoc on parents.

“He votes 100% of the time in lockstep with Nancy Pelosi and the Biden agenda. That’s extreme,” Ms. Green said. “When you have people who don’t have baby formula and you’re touting the fact that you did a good job — with all due respect Mr. Congressman, I can’t applaud you on the back for creating devastating problems.”

Ms. Stefanik praised Ms. Green’s military service, and said she hoped to make her local story a national one.

“When she wins on November 8, she will make history as the first Black woman veteran ever to serve in Congress,” Ms. Stefanik said. “As Republicans continue to make historic gains with Hispanic, Black, and other minority communities, I couldn’t be prouder to endorse Jennifer-Ruth and help elevate her voice and incredible story.”

Ms. Green has 20 years of military experience, having joined the Air Force when she was 18.

During her career, Ms. Green deployed to Baghdad where she served as a mission commander for counterintelligence work, and later became deputy chief for a nuclear command post.

After 12 years with the Air Force, Ms. Green transitioned to the U.S. Air Force Reserve Component and currently serves in the Indiana Air National Guard.

With the number of veterans serving in Congress declining, Ms. Green said it’s important to elect those who understand both national security and knowledge of combat.

“We need people who understand the human cost of war in the place where they’re making that decision,” Ms. Green said.

Ms. Green said she made the decision to run for office shortly after President Trump’s 2020 State of the Union address, which Mrs. Pelosi capped by tearing up his speech shortly after he concluded.

The candidate said Mrs. Pelosi’s action manifested the stark political polarization of the country and created a national security risk by letting foreign adversaries see that the nation was divided.

“What I saw was our enemies clearly could look in and say ‘hey, a house divided cannot stand, so we’re going to attack you and now is the time,’” Ms. Green said of the incident.

To mitigate such risks, Ms. Green is running on a tough national security agenda, hoping to increase spending on cybersecurity, toughening U.S. strategy towards China and Russia, securing the southern border, and drive foreign policy based on an “America First” approach inspired by Mr. Trump.

She is also an advocate for limited government, protecting the Second Amendment, and reducing taxes while bringing down the national debt.

Despite the partisan slinging election cycles have fostered in recent years, Ms. Green emphasized it’s important to continue striving for unity as a nation.

To that end, she said she prefers President Biden’s personal style over Mr. Trump’s, despite favoring the latter man’s policies.

If she’s elected, Ms. Green would be the sole Black woman holding federal office in the Republican Party.

The House currently only has two Black GOP members, including Reps. Byron Donalds of Florida and Burgess Owens of Utah. Sen. Tim Scott of South Carolina is the only Black Republican in the upper chamber.

Ms. Green said she hopes to be a trailblazer for other Black women to join the Republican Party and run for office.

“It doesn’t matter if you blaze a trail if the trail doesn’t become a road,” Ms. Green said. “When you see someone that looks like you do something, the reality is that it encourages people. It helps people. So, when you do something, make sure that other people have the opportunity to see you and be excited.”