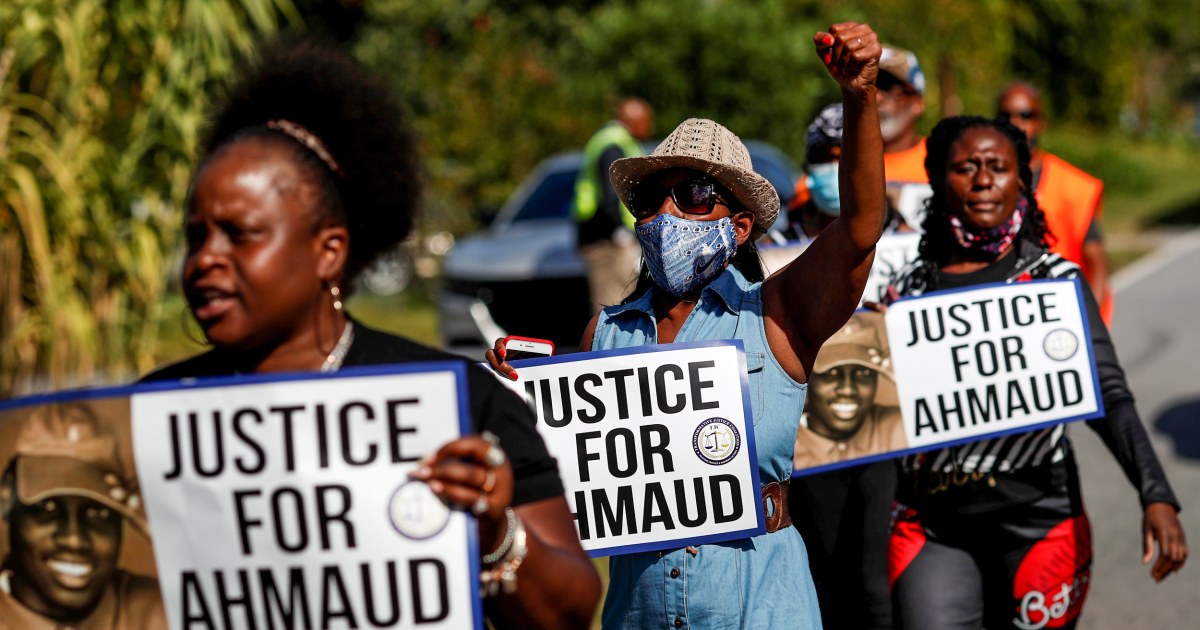 BRUNSWICK, Ga. — No. 218 joined a bike ride supporting Ahmaud Arbery’s family after the young Black man was chased down and shot dead. No. 236 was a longtime co-worker of one of the white men charged in the killing.Identified in court only by numbers, both people were summoned to jury duty in the trial…

BRUNSWICK (Ga.) — No. 218 joined a bike ride supporting Ahmaud Arbery’s family after the young Black man was chased down and shot dead. No. 236 was a longtime co-worker of one of the white men charged in the killing.

Identified in court only by numbers, both people were summoned to jury duty in the trial over Arbery’s slaying. After extensive questioning them about the case, the judge found both men fair-minded enough that they were allowed to remain in the pool to select a final jury.

An outcry over the February 2020 slaying of 25-year-old Arbery echoed across the U.S. after graphic cellphone video of the shooting leaked online two months later. With jury selection underway in the Georgia community of 85,000 where the killing took place, it seems increasingly likely that some of the jurors who are ultimately chosen will have preconceived opinions and personal ties to the case.

The judge, prosecutors and defense attorneys have questioned 71 pool members since jury selection began Monday. After dismissing those with personal hardships or unshakable biases, 23 were deemed qualified to advance. Dozens more will be needed before a final jury of 12 plus four alternates can be seated.

Linda Dunikoski, the prosecutor, often said to potential jurors that a “blank slate” would make a good juror. However, this is unlikely in the case over Arbery’s murder.

“We cannot get that because it has been all over this place,” Dunikoski said in court on Thursday.

The result has been a number of potential jurors kept in the pool despite coming to the courthouse already knowing a lot about what happened and the people involved. They said that they could decide the case fairly based on only the trial evidence. Georgia law permits someone to serve as a juror even if they have an opinion on the case. However, it is important that they are open to hearing other opinions. Donnie Dixon, a Savannah defense lawyer and former federal prosecutor, stated that anyone can serve as a juror under Georgia laws.

Greg and Travis McMichael, a father and grown son, armed themselves and pursued Arbery in a pickup truck after spotting him running in their neighborhood. William “Roddie”, a neighbor, joined the chase. He took cellphone video of Travis McMichael firing three shots at Arbery from close range using a shotgun.

Greg McMichael had just retired from a long career working as an investigator for the local district attorney. He said that Arbery was previously recorded inside a nearby house and they believed he was stealing. After Arbery attacked him, he said Travis McMichael had shot Arbery in self defense.

The case was largely handled by outsiders until now. Bryan and McMichaels were not charged after the Georgia Bureau of Investigation overtook the case from the local police. Greg McMichael’s connections to the district attorney led to the appointment of outside prosecutors in metro Atlanta. Superior Court Judge Timothy Walmsley, a Savannah judge, was also appointed to preside.

If a jury gets seated in Glynn County, where 1,000 jury duty notices were mailed, the case will ultimately be decided by people for whom the slaying hit much closer to home.

Jury member No. 218, a retail worker who identified herself in court as a Black woman, wrote on her juror questionnaire that “a young man was shot due to his color and the three men that committed the act almost got away.”

She said in court Thursday that she had taken part in a bike ride to raise money for Arbery’s family after the shooting. And while telling attorneys she could be a fair juror, she also said that based on what she knows now: “I feel like they are guilty.”

Not everyone called to jury duty has been preoccupied by Arbery’s killing. A self-employed woman said she refused to listen when her husband tried to discuss the case and said she goes “out of my way not to read news or politics.”

She remains in the jury pool.

Others were disqualified because they appeared too engaged. A woman claimed she saw Arbery running past her house not long before his death. The judge dismissed her. She described feeling emotionally connected to him, and followed pretrial court proceedings closely.

No. 236 was kept in the jury pool even though she’s known Greg McMichael for 30 years. She continues to work as a clerk for the Brunswick Judicial Circuit District attorney. Though she and Greg McMichael were not close friends, she said the two had “always just been around each other.”

The woman said she also got a close look at Greg McMichael’s personnel file because she was tasked with redacting private information from it after news organizations requested copies.

She stated to the judge and lawyers that she didn’t have a strong opinion on the case. She offered little sympathy in her opinion.

” I don’t get why they took it in their own hands,” 236 said. “That’s all that bothers me about that day. I would have called 911 and let the police handle it.”

If enough people summoned to the court house keep expressing strong opinions, defense attorneys could ask the judge to halt jury selection and move the case to a different Georgia county.

“It’s the easiest time to get a change of venue,” said Don Samuel, an Atlanta defense attorney who is not involved in the case. “If half the people who are randomly picked are so biased they can’t even sit as jurors, you’re talking about a community that’s saturated by pretrial publicity.”