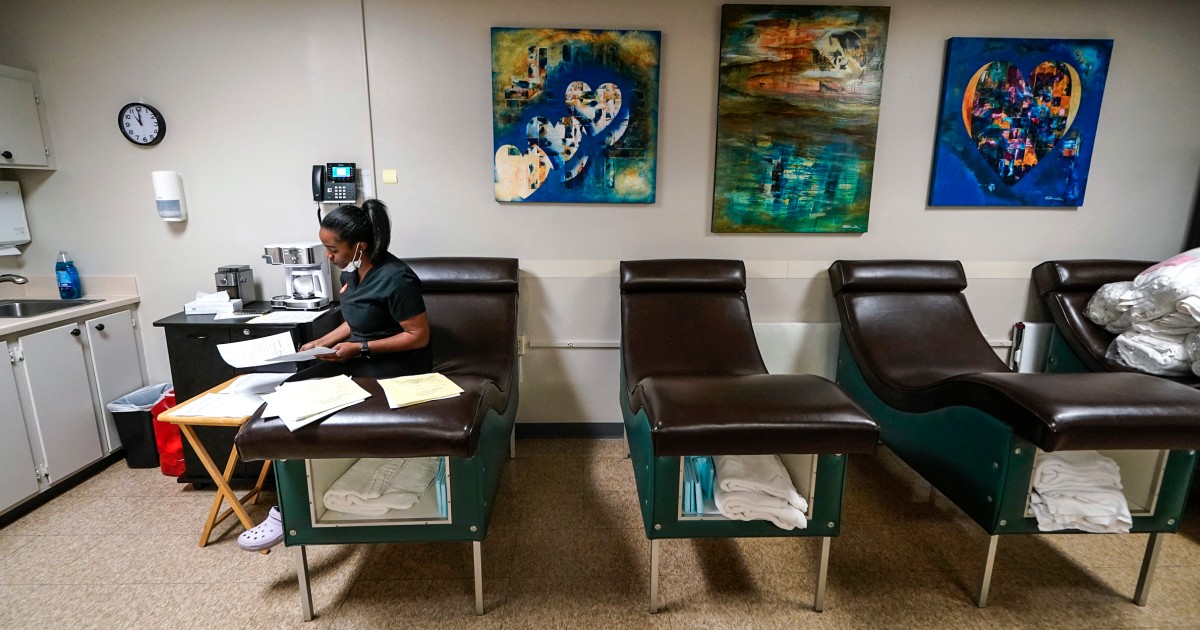 Melissa Grant was wrapping up a staff meeting on Friday when her phone and other employees’ phones lit up with the news alert: The Supreme Court had overturned the landmark Roe v. Wade ruling that guaranteed the constitutional right to an abortion for nearly 50 years. The chief operations officer of Carafem, an abortion provider with…

Melissa Grant was wrapping up a staff meeting on Friday when her phone and other employees’ phones lit up with the news alert: The Supreme Court had overturned the landmark Roe v. Wade ruling that guaranteed the constitutional right to an abortion for nearly 50 years.

The chief operations officer of Carafem, an abortion provider with clinics in Georgia, Tennessee, Illinois and Washington, D.C., Grant said that she and her team from across the country were on a call and had just finished discussing the potential decision when the news broke.

“On the one hand it was nice we were all together,” she said. “But on the other, you can’t prepare for news like that. I’ve been in this field for over 30 years now, and this is a day I never thought I would see happen.”

The court’s 5-4 ruling to overturn Roe had a cataclysmic effect. It triggered laws tied to the decision in 13 states that effectively banned or limited abortion immediately or in the coming weeks. Providers were left to scramble, consult with lawyers and even close their doors while doctors, patients and activists contended with the panic and heartbreak of the moment.

Abortion clinics in states like Texas and Louisiana have shuttered as a result of the decision — the closest provider to New Orleans is now in Illinois — and the future of the abortion rights movement and those seeking the procedure is more than fuzzy in some states, particularly the South and Midwest.

As a result of the decision, Caitlin Knowles Myers, an economist at Middlebury University, projected in a study that was included in an amicus brief of a Supreme Court case, that 100,000 women in these states would be unable to see a provider for an abortion because of the new laws.

As many as 75,000 would give birth to children as a result, her study found. Low-income people and people of color are expected to be the most affected.

Mandie Landry, a Louisiana state representative in New Orleans and an abortion advocate, lives near the clinic in her city. She said a small group of women gathered to close its doors and called patients before they arrived to warn them. Others who sought abortions in Louisiana were not as lucky, she said.

“I know for sure the Hope Clinic in Shreveport had people there for their appointment for the day and had to be told to go home,” Landry said.

The Hope Medical Group for Women did not immediately respond to a request for comment, but an answering service for the clinic said it had canceled procedures for Friday and Saturday.

Meanwhile, Whole Woman’s Health, a group of Texas clinics, said it is “pausing abortion services” in the state until further notice and  working “to figure out when/if/how we can continue abortion services for patients in Texas.”

The fallout from Roe’s end may not be immediate for some states, but many said they see the dominoes falling and are preparing for the end of abortion access.

Grant said her team in Tennessee called about 30 women on Friday to inform them of the news and to encourage them to move up their appointments if they would like to get an abortion before a possible ban clamps down. Her Georgia clinic faces similar issues after the state attorney general, Chris Carr, called for an injunction on a six-week abortion ban to be lifted.

“We’re trying to see as many people as possible who’ve been scheduled with us knowing that things are going to change and when they do change, it’ll be fast,” Grant said.

It’s also made clinics as far away as Allentown, Pennsylvania, a potential travel location for those seeking an abortion.

Ash Turner, the outreach coordinator at the Allentown Women’s Clinic, said the clinic had booked an appointment for a woman in Tennessee on Friday after the news broke. While the loss of abortion rights will not come to a state like Pennsylvania immediately, she said the atmosphere among staff and patients was thick with tension.

Pennsylvania’s Republican-led legislature has attempted to pass bills limiting abortion rights previously, and they were only blocked by Democratic Gov. Tom Wolf.

The state decides who will next take the governor’s mansion in November and the Republican candidate, right-wing firebrand Doug Mastriano, stated Friday that Roe was “rightly relegated to the ash heap of history.”

“He’s definitely scary, especially with his love for the heartbeat bill. I would hate to picture a time where someone like Doug is elected,” said Turner, who noted that she and others at the clinic were working on get-out-the-vote campaigns because of the issue. “With the current government, we’re expecting to be safe until November, but November is definitely impending.”

But in other states, such as Arkansas — where doctors who perform an abortion now face up to 10 years in prison and a $100,000 fine — and West Virginia, abortion is no longer an option. That leaves the only path forward for those seeking the procedure to travel hundreds of miles, either by plane or car — both now increasingly cost prohibitive.

In some states, there is still the option of telehealth and meeting with a doctor out of state virtually. Patients can then be shipped abortion pills to take at their discretion. But that option is typically limited to the first 11 weeks of pregnancy and many conservative state lawmakers are attempting to bare down on that avenue as well.

Some warn that could lead to a future court case.

“Our horrible legislature, which I’m part of, passed a law this year to basically forbid telehealth from prescribing the abortion pill,” Landry said, speaking of a law that recently passed in Louisiana. “I think it’s highly illegal and unconstitutional, but, as we see, our Supreme Court doesn’t really care about the Constitution.”

The moment, it seems, has left many abortion advocates like Landry and Grant to find solace in stoicism.

“For many years, the rights kept slipping away, and we really only had access in name only,” Grant said. “So I guess this moment more accurately reflects the way things have been for some time.”