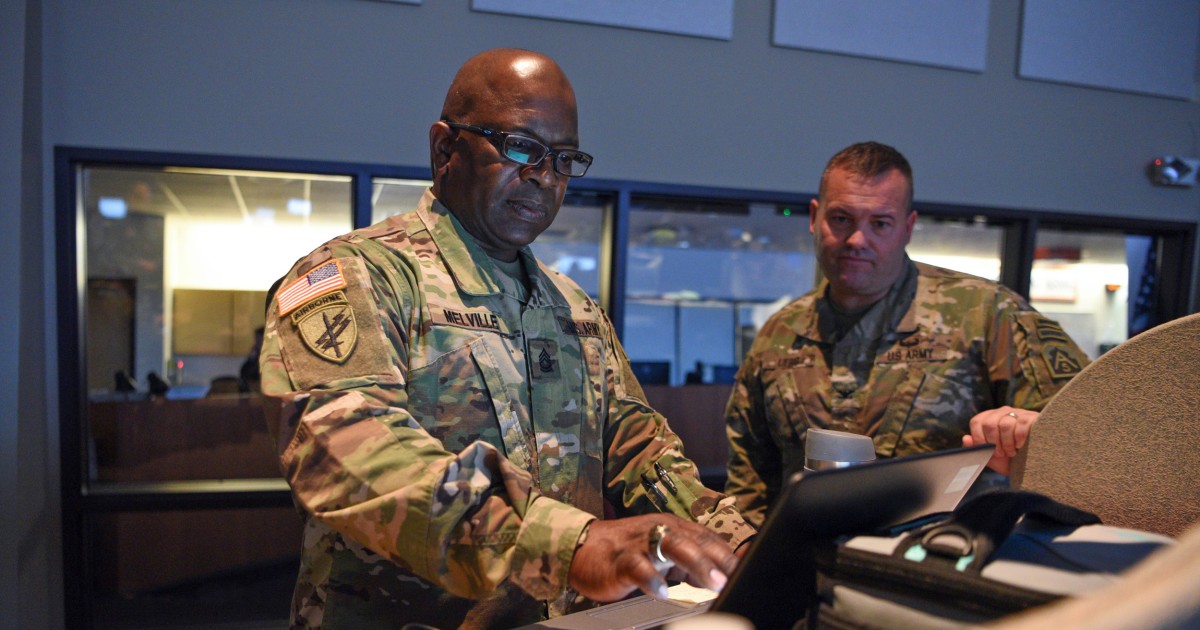 In early February, the Santa Cruz County Sheriff’s Office in California came across a Snapchat post from a man saying he planned to be “shooting up” the Westfield Valley Fair mall, approximately a 45-minute drive away, in Santa Clara.“I swear I’m literally seconds from snapping and going on a mass homicide,” wrote 21-year-old Hunter Tital.The…

In early February, the Santa Cruz County Sheriff’s Office in California came across a Snapchat post from a man saying he planned to be “shooting up” the Westfield Valley Fair mall, approximately a 45-minute drive away, in Santa Clara.

“I swear I’m literally seconds from snapping and going on a mass homicide,” wrote 21-year-old Hunter Tital. The sheriff’s department quickly located Tital’s phone number and the location of his phone. They called the Santa Clara Police Department as well as the San Jose Police Department when they found out that Tital was in the mall. Tital was quickly taken into custody by officers who held him at gunpoint outside Nordstrom before the mall workers were even aware of what had happened. According to San Jose police ,, Tital was carrying a pistol and an assault rifle. He later pleaded guilty to it, according court records.

One law enforcement group saying it worked behind the scenes to stop this potential tragedy was the Northern California Regional Intelligence Center, or NCRIC (“Nick-Rick”), one of 80 “fusion centers” — nearly all created after the Sept. 11 attacks in response to the threat of terrorism. Now nearly 3,000 people work at these fusion centers nationwide tracking down and monitoring these types of cases. Mike Sena, president of the National Fusion Center Association, and director of NCRIC said that the center worked with local law enforcement agencies in the February case. Sena stated that he called each agency and ensured they had the information they required. “At the time, I knew that there was a lot of confusion between the folks at Seaside and Santa Cruz and Monterey over who had the jurisdiction on the threats and the filings on the case, and the search warrants.”

But Officer Steven Aponte, a San Jose Police Department spokesperson, the agency that arrested Tital, said that NCRIC actually did little to help with this case.

“We don’t know if NCRIC is involved,” he stated, noting that his agency relied on information from Santa Cruz County Sheriff’s Office in order to locate Tital, such as the fact that Tital had purple, shoulder-length hair. This confusion has been a source of concern for government watchdogs and civil liberties groups over the years. They point to cases going back over a decade that they say show fusion centers, which cost federal and state taxpayers over $330 million a year, at best waste money and at worst often violate civil liberties. Either way, fusion centers, in the two decades since 9/11, have become a quiet part of the modern American criminal justice landscape, for better or worse.

“The practice of DHS fusion centers are, in large part, humming in the background,” said Brendan McQuade, a professor of criminology at the University of Southern Maine, and the author of a 2019 book about fusion centers, “Pacifying the Homeland.” McQuade publicly supported the closing of Maine’s fusion center. He wrote in a June 2020 op-ed in The Bangor Daily News that “fusion centers have also been implicated in the surveillance of constitutionally protected political activity across the spectrum.”

Twenty years after the Sept. 11 attacks prompted the creation of these centers, these criticisms do not seem to be waning. According to a July report by two immigrants’ rights groups and the Boston University School of Law, the fusion center in the Texas capitol, known as ARIC (Austin Regional Intelligence Center), “collects and disseminates vast quantities of data about Austin residents with minimal limitations or oversight.” But its purpose is unclear.

“Surveillance and policing and patrol does not actually prevent crime,” said Bethany Carson, an Austin-based immigration policy organizer, and one of the co-authors of the new report on ARIC. “It’s not something that can prevent crime.”

ARIC did not respond to NBC News’ requests for comment.

Political officers have been making similar criticisms for almost a decade. In October 2012, a Senate subcommittee found that after a two-year investigation there had been “little, if any, benefit to Federal counterterrorism intelligence efforts.” Then in July 2013, a House Homeland Security Committee found that there were no “tracking mechanisms in place to provide a complete picture, even quantitatively, of how fusion center-gathered information affects Federal terrorism or criminal cases or other homeland security mission areas.”

Jake Weiner, who is a law fellow at the Electronic Privacy Information Center, a public interest research group, and an expert in fusion centers and domestic surveillance, pointed out that it’s practically impossible for outsiders to figure out what fusion centers do. He stated that there is no public oversight of fusion centers’ functions and no information other than what the BlueLeaks has. “I believe one of the most important questions we should ask is: Is the price tag ?”

In recent years, especially as defunding police efforts has gained some traction in liberal American cities, fusion centres have been under more scrutiny.

Fusion centers sprung out of the fact that, even before 9/11, few state and local law enforcement entities were able to share information and intelligence across regional and state lines, much less national ones. One common criticism by the 9/11 Commission itself was that the federal government was hampered by its own rules and regulations, concluding that the FBI specifically “was limited in several areas critical to an effective preventive counterterrorism strategy.” Pre-9/11, such federal law enforcement integration largely only existed through Joint Terrorism Task Forces.

In some ways, fusion centers were the state and local version of these task forces, but with one key distinction. While the initial wave of early 2000s-era fusion centers focused on counterterrorism, nearly all have expanded their mission to include “all-crimes and/or all-hazards.” In 2007, the Congressional Research Service found that several fusion center leaders were “more concerned with issues such as gangs, narcotics and street crime.”

Today, according to the Department of Homeland Security’s website, fusion centers serve as “focal points” to “lawfully gather and share threat-related information” among all levels of law enforcement, from local police to the FBI. Every state has at least one, along with 27 major urban area centers and three spread across U.S. territories — California alone has six centers. According to Sena, the Valley Fair Mall incident is an example of how fusion centres can help different agencies advance criminal investigations every day. Rather than trying find the usual suspects we are trying to identify those who are causing the disproportionate harm to the community.” he stated.

But critics of fusion centers say they have even more problems than the fact that nearly all of them have moved beyond aiding terrorism-related investigations.

Each fusion center is run independently and exists within what the American Civil Liberties Union called a “no man’s land between the federal government and the states.” Also while fusion centers gather vast quantities of purported suspicious activity, this data gathering rarely results in criminal prosecutions, much less convictions.

A spreadsheet published as part of the BlueLeaks trove, the 2020 publication of internal fusion center documents from around the country, for instance, showed that the fusion center found some troubling and potentially criminal incidents.

For example, in March 2020, a female employee at a Victoria’s Secret store in Barton Creek Mall in Austin, who posted on Facebook that she was upset about her hours being cut and wrote: “so my job just going to cancel employees shift so they don’t have to pay us…this is why ima blow up the f—ing store.” But the log states: “No device was located and the subject’s employment was terminated.”

Another November 2019 incident describes a student who apparently told a teacher: “Do you know what the 2nd Amendment is? It gives me the right of bear arms and allows me to bring my children to school. I will kill as many people I can. I will be more famous than nikolas Cruz. “

This student had been arrested for making a terroristic threat, according to the log.

There are many reports that don’t relate to any specific crime. As part of the BlueLeaks document dump, in a file pertaining to ARIC, the Austin fusion center, one person recorded that a Metro Rail passenger in Austin had “changed his dress from traditional westernized clothing to ‘tunics with an Arabic style hat,'” adding that this new outfit made the person appear to be “‘tense and sweaty, and that his fists are always clenched’ while ‘mumbling’ what the caller describes sounds like Arabic.”

“Part of the problem post-9/11 was that information sharing was seen as the solution and there wasn’t a discussion about what information was appropriate to collect and share,” said Michael German, a fellow at the Brennan Center for Justice at New York University, and a former FBI special agent who wrote the 2007 ACLU study.

“All they started doing was collecting and sharing more dots.”

Sena, the president of the National Fusion Center Association, said that gathering these reports doesn’t suggest that a potential suspect is nefarious.

” Anyone can report suspicious activity through the (suspicious Activity Reporting) process,” he stated. “But that doesn’t mean that it gets inducted into our environment unless it meets the threshold,”

At the same time, even Sena says there’s not an obvious way to know how successful his fusion center, NCRIC, or any other fusion center actually is, in practice.

“It’s really hard to connect a specific report to an arrest or a specific conviction,” he said.